Who knows better than bartenders about what makes a quality drinks ingredient? It makes sense that they should create their own brands, but, as Annie Hayes discovers, there are many pitfalls to avoid. 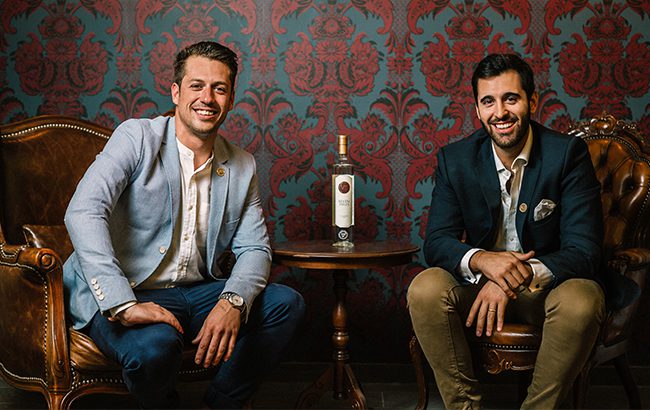 Stripped down to basics, bartending satisfies an urge to create. While careers unfold, categories develop, and trends pass by, the drive to craft something of beauty is unwavering. After years of working with ingredients and visiting brands, who better to know what makes a quality spirit than the established bartender?

“Bartenders are the creative force and tastemakers for what people are drinking today,” says Simon Ford, bartender-­turned­-founder of collaborative spirits producer The 86 Company, creator of Fords Gin, Caña Brava Rum, Aylesbury Duck Vodka and Tequila Cabeza. They are “the reason that people are drinking Negroni and Old Fashioned cocktails again,” he continues. They revived bitters, made gin fashionable again, and brought cocktails made with fresh ingredients into the limelight. “Bartenders are also the interface with customers so they have a front row seat to witness the things that resonate with consumers.”

Yet the on­-trade has had very little say when it comes to product development. Stephan Berg says he was was surprised to see how little bartenders were involved in the spirits he poured when he founded cocktail bitters and liqueurs line The Bitter Truth more than 12 years ago.

“I always thought bartenders would know best what a bartender would like to have behind the bar, but the reality was very different,” he explains. “Almost the entire bottle armada behind a bar was not made or created by bartenders but by the industry’s major companies.”

Now brands are starting to listen to the sound advice of the on-­trade when it comes to crafting spirits. One example is Auchentonshan’s New Malt Order, a cocktail competition that initiates the winner into a collective charged with developing and releasing a single malt expression suited to cocktails. Such an initiative is rare, however, so an increasing number of bartenders are launching their own spirits brands. And it makes sense.

As a bartender, you’re “constantly surrounded by labels of many spirits and brands, stimulating ideas”, says Filippo Previero (pictured above left, with Danilo Tersigni), co­-founder of VII Hills Italian Gin. It’s no coincidence that cocktails “require balanced formulas, a glass and a name – the first three things that you need to create your own brand,” he quips.

And who better to spot a gap in the spirits market than someone who is constantly playing with flavour? A striking number of bartender­-owned spirits brands are born out of a need to explore the boundaries of taste, fill in a missing link, or revive a forgotten category. The latter is something that Giuseppe Gallo channelled when he created Italicus Rosolio di Bergamotto in 2015. Its launch fulfilled a “lifelong ambition” to revive the forgotten rosolio category, which was popular during the Renaissance in Florence; the recipe contained elements of his own family’s recipes that spanned generations. “Bartenders think outside of the box when they create something new – something that large corporate spirits companies wouldn’t be able to replicate or create,” he explains. “The difference is that spirits companies create new products looking at figures, numbers or sales projections, while bartenders innovate with emotions.”

This may be true – but understanding what makes a cracking drink is one thing, and honing business acumen another. From coping with sales spikes to handling production issues, resolving intellectual property challenges to traversing trademark legislation, the route from conception to production is littered with hurdles.

For Ford, “the most challenging part has been and still is money”. He explains: “You need enough to pay for things that won’t see a return on investment for years, yet you still need money coming in to keep the lights on. The spirits industry is cruel when it comes to cash flow, which is why it will always be tough for the entrepreneur.”

This can be problematic when it comes to competing against big players in the industry. “The disadvantage of not being able to compete on price will slow down the process of growth – which is OK; you just need to be prepared for it,” Ford continues. An entrepreneurial mindset helps, because “you will think of more creative ways to introduce your product to people other than talking about price”. Bartenders-­cum-­brand owners can no longer define themselves through service skills. “When you’re a bartender, the brand is the bar where you work,” Previero says. “When you become a brand owner, you have to use all of your skills to establish your own brand. There is a role reversal as you have to show bars its potential.”

The only way to go about proving a product’s potential is to truly believe in it. For Giancarlo Mancino, founder of Mancino Vermouth, this means using your family name. “Make it personal,” he tells me. Dismayed with a lacklustre offering from commercial brands back in 2000, Mancino decided to create his own vermouth. The bottle label depicts a house Mancino bought for his parents back home – a small village in southern Italy. “It’s a view of the village where I grew up – you can see the church where I was baptised,” Mancino enthuses. He says he took the original image on his iPhone. “For me, seven years ago I said I would make a vermouth and my wife said, ‘who’s going to drink it?’,” he laughs. “Don’t follow the trend. Focus on what you want to see.”

But be prepared that even with all the will in the world, the product could sit in a different space to the one envisaged. Brand positioning and market strategising has a ceiling – as Mark Ward, founder of Regal Rogue vermouth, attests. “When you launch a brand, it’s yours up until the point you have it in a bottle and sell it on day one,” he says. “Then you’re spending all of your time trying to work out what that brand is, how it works and who the audience is that actually likes it.”

This is especially true “with a product that’s a little bit niche, like vermouth. You might have intentions to be the best cocktail ingredient, but find out that actually everyone just loves drinking it over ice,” he says.

And even if you crack the serve or the occasion, there’s no way of anticipating how well a spirit will sell.

Ward’s advice to aspiring spirits entrepreneurs? “Get everything in line: Don’t go to market unless you 100% know that you’ve got no issues with your production line, the product is exactly where you want it, and that you can support it and yourself for 12 months without any sales.

“Take the time to test the product and see how people interact with it and what works. Make sure you’ve got the right partners on board with your bottle, your labelling and your supply chain. It’s a very long process that can only be achievable with a good team and cash flow.”