The particulars of cocktail pricing

With increasing rents and the cost of ingredients and staff only ever rising, bars are having to up their price lists. But how much is too much for a cocktail? Annie Hayes looks at the particulars of cocktail pricing. 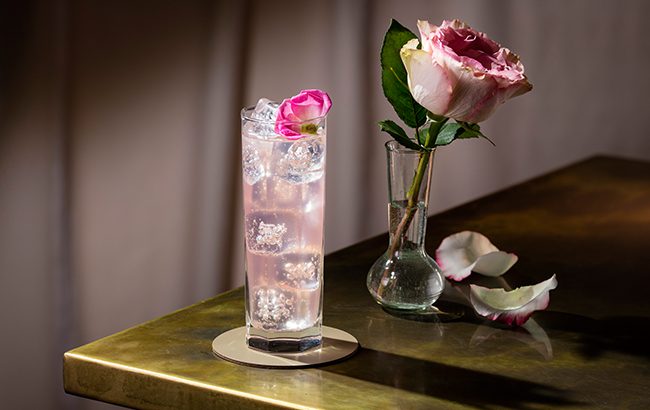 Just as those crucial teenage years are transformative, the character of the cocktail industry has come of age in what has been a highly influential decade. Educated imbibers are shunning mass­-market spirits in favour of variety, innovation and flavour, and in turn the on­-trade has adapted. “The culture has definitely changed in the past 10 years,” says Jerry Vargas, bar manager of Sternewirth Bar & Clubroom in Texas. “[Back then] I would have guests ask me: ‘Why all the fancy drinks?’ because they were used to Long Islands or Jack and Cokes. Fast­-forward to today, and you will have guests say the opposite – ‘why don’t you have fancy drinks?’”

One by one, classic cocktails have been simplified, cheapened and consumed by high­-volume pub­-bar franchises that have cropped up in recent years – how long before Wetherspoon’s starts serving pitchers of Old Fashioneds? As such, knowledgeable consumers are seeking exclusive ‘craft’ serves: quality drinks you just can’t recreate anywhere else. William Grant & Sons, producer of millennial favourites Glenfiddich and Hendrick’s, acknowledged this phenomenon in its most recent market report. “The new premium means expertise and discernment, knowledge as social currency, and stories around ingredients, processes and techniques are more valued than status,” it reads. This “places unique provenance on a pedestal” – cue the trend for local, wild, foraged cocktail ingredients and garnishes.

“It’s worth remembering that not too long ago brands like Smirnoff and Gordon’s were considered premium and aspirational,” says Paul Bradley, general manager at London’s Disrepute, who adds that the perpetual crusade towards higher quality ingredients is “natural evolution”. “We’re coming out of the other end of a new Golden Age of cocktail culture, driven by historians and researchers, as well as innovators and creatives. Google has changed the world for the better. We are standing on the shoulders of giants, with their hard work at our fingertips.” But while digital resources have leveled the playing field, social networks have made it more competitive and aspirational.

To the pioneering bartender, the most coveted skills are those held by the accomplished chef. Just as these culinary artists strive towards new gastronomical heights, bartenders are continually developing and honing fresh techniques to make the consumer experience unique. “Bars are raising their quality just as the restaurant scene has,” says Danilo Tersigni, opening general manager of Mr Fogg’s, adding that he envisages a future where the world’s brightest bars can obtain a Michelin Star equivalent.

This ceaseless drive towards innovation and quality makes for a fascinating and vibrant cocktail arena. But is the on-­trade at risk of ostracising consumers, as bars jostle to offer the most bespoke boundary-breaking experience?

“The clientele nowadays is more tuned in to what cocktails and spirits should cost,” says Sternewirth’s Vargas. “They don’t mind spending their money on a well­-crafted cocktail with the best spirits.” He points out that in New York, Los Angeles and London, certain high-­end bars have a waiting list every night – and guests will keep coming back to see what they’ve come up with next.

“Picture it this way, if you were to go to a fancy boutique restaurant that is Michelin rated and spend US$300 on an entrée, would you think it was way overpriced? Or would you come into it knowing it was expensive, but still want to experience it for yourself? I think this is the direction for cocktails.”

That said, bars that have the luxury of charging premium prices also carry the weight of delivering perceived value for money. “Basic rules of business include the fact that you can take prices up, but you can’t bring them down,” says JJ Goodman, founder and creative director of London Cocktail Club. “If you have a reputation of being poor value for money you can’t get rid of it. Out-pricing your guests’ needs is business suicide.”

If a premium experience is largely defined by price point, it’s worth examining how bars calculate a cocktail’s worth. “If you aren’t using your business plan to help define your retail prices in this industry then you’re doing it wrong,” says Disrepute’s Bradley. “Unlike other industries, where you operate is as important as any other consideration and therefore the rent is massively influential, as are the rates. If your rent is high then you must be either high volume, or high value, or both.” As both rents and rates spiral, an increasing number of venues are embracing both tactics in a bid to stay afloat, he says, by employing “batch-­prep techniques, highly trained staff, premium spirits and homemade ingredients to justify the bill”.

Indeed, if the industry is becoming undemocratic, it would seem that the true cause lies in economic issues. Jim Kearns, beverage director and partner of New York bar Slowly Shirley, says that most of the spirits that he was using in rails 10 years ago are on the back bar now. “I can’t afford to charge less than US$12 for any of them,” he tells me. “Many are allocated, rare, or just plain gone, at least in the forms they existed back then; some have at least doubled in price. Supply has decreased as demand has risen. The price of spirits has risen sharply, rents have become more expensive, labour has become more expensive, and so has just about everything else.”

As bartenders continue to innovate, and tight profit margins force premiumisation to become the ‘new normal’, might this signal the beginning of the end for the humble happy hour? Well, it doesn’t seem like last orders just yet. For LCC’s Goodman, special offers add value and encourage imbibers to explore more premium cocktails that they wouldn’t normally order or, in many cases, can’t afford. “I’m baffled that people don’t value happy hours,” he says. “Our bars do, and we have a buzzing atmosphere as early as 5pm in our sites. Meanwhile, most bars are dead before 8pm. It’s not rocket science.”

Kearns adds: “I’ve found that when you find a place that gives two­-for-­one deals, people will flock to it because of the value it brings to the consumer,” adds. Besides, he says, bars are meant for all people – they are, by nature, egalitarian. “In the food world, there is room for both a 99¢ burger at a fast-­food restaurant and a US$99 burger at a nice restaurant, so why not the same paradigm in the bar world?”