How have devastating hurricanes affected rum?

After one of the most destructive hurricane seasons on record, Caribbean rum producers may have to prepare for worse to come. The Spirits Business speaks to some of the biggest players in the region. 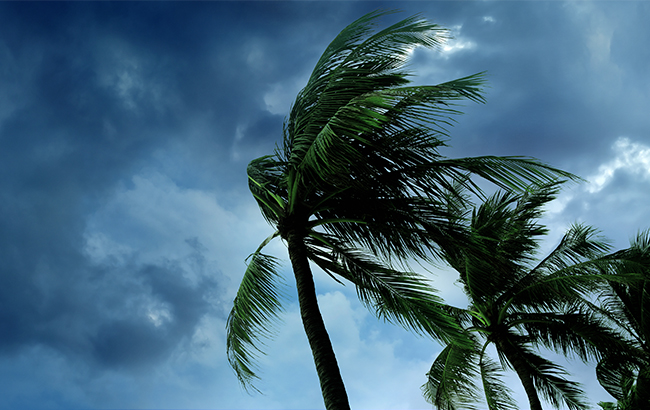 A stiff Painkiller was the drink of choice in the Caribbean last autumn, following the double whammy of hurricanes Irma and Maria, which made landfall just two weeks apart. The rum-­based cocktail was invented in the British Virgin Islands (BVI) at the Soggy Dollar Bar, whose hotel was smashed to smithereens by Irma. The Category 5 hurricane hit the islands with a massive storm surge and winds of up to 185mph in early September 2017. Miraculously, the bar still stands. Its cocktail is the signature serve of Pusser’s Rum, which, thanks to being distilled in Trinidad and Guyana, escaped the devastation. However, BVI­-based Tortola, where the brand was founded by Charles Tobias MBE in 1980, suffered catastrophic damage. Tobias confirms: “All three Pusser’s restaurants were destroyed in the storm, including its corporate office building and warehouse.” The company employs 200 people on the island, and in the words of Peter Thornton, rum category-­development manager at UK importer Cellar Trends: “They’ve lost their homes, their livelihoods, and in some cases family members.”

In neighbouring St Croix in the US Virgin Islands, Beam Suntory’s Cruzan Rum Distillery suffered some warehouse damage, but was back in production after three weeks, while Captain Morgan “experienced only minimal impact”, according to Diageo. As Irma and Maria headed west, Roberto Serrallés, sixth-generation distiller of Puerto Rico’s Don Q Rum, was desperate to get home from the US and hear news of the company’s 400 employees.

“We’re a family distillery on the southern, Caribbean side of Puerto Rico,” explains Serrallés. “We’ve been distilling for 152 years and have seen lots of strong storms. This was different. It took us four days just to get a message through because all communications were down, and it took eight days to make sure all our employees were fine. Once everyone was accounted for, there was then the process of getting back to business.”

Luckily, Destileria Serrallés was well prepared after the wake­up call of Hurricane Georges in 1998, which knocked out production for a month. “We couldn’t let that happen again, as storms are getting stronger and more frequent,” stresses Serrallés, who has ensured that over the past decade his distillery has not relied on mains water, and can generate its own power. Back­up generators have now been installed, and 78 of them were donated to staff for personal use. “The islands won’t be fully reconnected for a couple of months, and rum is made by people, not by distilleries,” he said.

Meanwhile, Sir Richard Branson emerged from his wine cellar, where he had taken refuge from Hurricane Irma on his Caribbean idyll of Necker Island, to point the finger at climate change and its denier­-in­-chief. “Look, climate change is real. Ninety­-nine per cent of scientists know it’s real. The whole world knows it’s real except for maybe one person in the White House,” he told CNN. Donald Trump has repeatedly called it a hoax. “Give me clean, beautiful and healthy air – not the same old climate change (global warming) bullshit!” he tweeted in 2014.

Serrallés – who has a PhD in environmental sciences and helped make ‘Don Q one of the greenest spirits producers in the word’, to quote its website – says: “Human-­induced climate change is making things more volatile – no question. The impact is global and not where the [carbon] emissions take place – that’s a fact. Sea temperatures are rising – that’s a fact. For Maria to turn from a Category 1 to a Category 5 hurricane in 24 hours is unheard of.” He also refers to scientific evidence, saying “warmer oceans are helping to breed these mega­-storms”.

Puerto Rico is also home to Bacardi’s giant distillery on the north coast, opposite the capital of San Juan, where it produces 80% of all its rum. “The fact that we were up and running a week after the hurricanes passed through the island is a testament to the fact we were ready for them,” says Ignacio del Valle, Bacardi’s regional president for Latin America and Caribbean. As one of the first to arrive there after Irma, on a corporate humanitarian aid flight, he found the biggest challenge was logistics, from the lack of power to finding fuel for employees so they could get to and from work. The distillery itself was unscathed but for the odd smashed window and toppled palm tree, and there was no damage to stocks. “Incredibly, we didn’t lose a single barrel,” he said.

Asked if this year’s freak conditions might become the norm, del Valle answers: “I don’t know if I can predict the weather patterns in the future, but we do have contingency plans in all our plants, whether it’s for hurricanes, earthquakes or floods.” Like many rum producers, including Diageo and Beam Suntory, Bacardi has given generously to disaster relief, donating US$3 million in the wake of Irma and Maria. In Puerto Rico, Bacardi’s swift return to production “sent a message to other industries to get back on their feet”, claims del Valle.

Casa Bacardi, the island’s second­-biggest tourist attraction, with 230,000 visitors a year, re­opened on 1 November. That day just eight people turned up, and it will take many months for tourism in the Caribbean to recover, given the number of hotels, bars and restaurants that were destroyed or badly damaged. And it will be this that will really concern the smaller rum producers who rely on local trade far more than the big international brands.

That said, Cuba is a big market for Havana Club, whose modern distillery, built in 2007, was left undamaged. Irma, the first Category 5 hurricane to hit the island since 1937, caused 10 deaths and destroyed up to 4,000 homes. One senior official reportedly described the destruction of the island’s sugarcane crop as “incalculable”. However, in terms of the overall supply of sugarcane and molasses used in Caribbean rum, this year’s hurricane season won’t have much impact. “It’s a global commodity,” says Don Q Rum’s Serrallés. “It’s more affected by sugar prices coming out of India, Mexico and Brazil.”