Tequila has a ‘long runway of opportunity’ ahead

With an agave shortage, will the meteoric rise of Tequila come crashing to earth? Not according to top industry players, who have plans for its continued boom as the liquid diversifies into sipping expressions and cocktails. 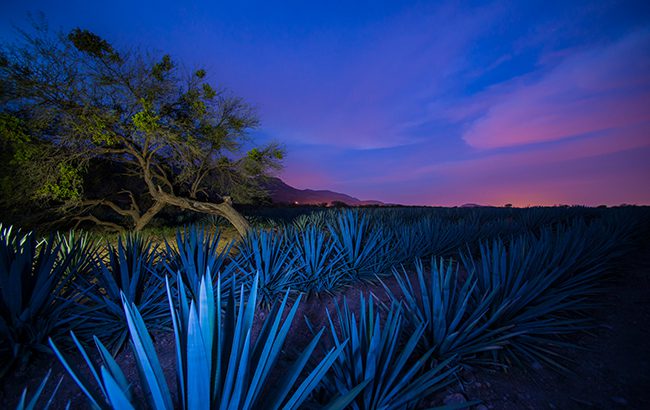 In the face of yet another agave shortage, one that has lasted for several years, Tequila has, against all odds, remained resilient. Sustainability of the category’s key agricultural product has long been a recurring problem for the industry. This is unsurprising when you take into account agave’s seven-­year growth cycle – from the initial planting to harvesting – not to mention freak weather conditions, such as the snowfall of December 2016.

Factor in soaring consumer demand for Mexico’s native spirit, combined with an influx of new players to the category, and the full extent of the agave shortage can be slightly better understood. “We were certainly surprised by the speed at which the shortage, or even the demand side, increased,” admits Lee Applbaum, chief marketing officer of Patrón Tequila. “But we were very, very well-­prepared for it with our agave­-growing families. The impact has been seen in the price that we pay for agave, but never has been seen – and never will be seen – in the quality or the quantity.”

And he’s not the only one to bemoan the rising cost of agave. Tequila Corralejo’s Raffaele Berardi notes an 800% increase in prices over the past 18 months. “The business has been affected as we need to increase the prices to sustain our position in the markets,” he says.

“Fortunately, up to the [present] moment, the market [has been able to sustain itself] and sales are still healthy.” Indeed they are. Tequila volumes have risen consistently year on year for at least the past six years, and Euromonitor anticipates another year of growth for the category on a global scale for 2017, predicting a high of 302.37 billion nine-­litre-­case sales.

But with demand for agave outstripping supplies, are farmers – jimadors – being forced to harvest early? If so, what effect could this have on the Tequila that is produced? For Patrón, years of careful planning and cultivating close relationships with its eight agave suppliers has meant that early harvesting has never had to be an option. “The production capacity that our growers offer is greater than our annual needs,” Applbaum explains. “So it may be a little more expensive in these times, but not necessarily more difficult because we demand­-forecast and we make sure there’s always an excess capacity available. We will always look for the highest sugar content from our agave, and early harvests would definitely have an impact on that.”

But what about the newer, less­-experienced Tequila producers moving into the category – will sustained shortages and ever­-augmenting agave prices force smaller distillers out of the market altogether? “With more consumers entering the category, they will ultimately decide which brands succeed,” says John Tichenor, vice-­president, global brand director, Herradura. “But having the appropriate business model is imperative for long­term success. Super­-premium-­plus brands should be able to sustain price fluctuations compared with the lower priced competitors. If sustained, consumers could see price increases thanks to margin pressures potentially lowering demand, but to date, we haven’t seen any significant retail pricing impact.”

Though for all its potentially detrimental effects on the category, Applbaum doesn’t view the agave shortage as disastrous. He sees the shortage as an opportunity for a natural selection­-style process of omission, by which the pressures of supply and demand will separate the good from the bad; those who are committed to the long­term from the short-term; and those who are “ultimately committed to producing world­-class, artisanal spirits from those just harvesting short-­term profit and putting a flashy bottle on the shelf.”

He adds: “At the end of the day, the agave shortage is a very good problem to have because it’s caused not fundamentally by a lack of agave, as much as it’s caused by a spirit sector that is growing much faster than even the most optimistic brands ever anticipated. One of the outcomes of this shortage is that it will put a squeeze on some of these smaller, more opportunistic brands that are not really in it for the long haul, but in it to just be a quick ‘in and out’.”

Mind you, who can blame them? In May this year, the Distilled Spirits Council reported a 706% increase in super­-premium Tequila volumes in the US since 2002, and high­-end premium Tequila up by 292% during the same period. Tequila has emerged as a genuine luxury spirit offering – unthinkable as recently as five years ago – and cocktail culture is owed a great deal to the category’s success.

“Bartenders play a vital role in educating consumers about the quality, versatility and different consumption occasions for Tequila,” says Pierre­-Aymeric du Cray, vice­-president international, Pernod Ricard Mexico – producer of Olmeca Altos 100%­agave Tequila. “Much of Altos Tequila’s growth has taken place in the US, where the growing Hispanic population and old American cocktail culture have catapulted Tequila to become one of the most dynamic spirits categories.

“However, continued success in the long­term will also depend on the category maintaining its quality standards, providing new and innovative offerings, and bringing to life the history of Tequila and Mexico.”

In a similar trend to other spirit categories, consumers are increasingly curious about the back­story that comes with Tequila, and are seeking closer connections with the brands they buy. “Consumers are particularly looking for high­-quality ingredients and stories that position Tequila in an exciting environment,” says Tina Ingwersen-­Matthiesen, member of the Borco board and part of the family that owns Borco, producer of Sierra Tequila.

“The approach of consistent storytelling is especially the case with our Sierra Milenario Tequila range, which refers to its Mexican roots by adorning each SKU with a different Zodiac sign taken from the Mayan culture.”

Sustainability is also another huge factor that consumers care about, and brands are being asked to prove their credentials when it comes to being environmentally friendly. Take Patrón, for example, which has recently started divulging details of its many sustainable practises, such as developing a reverse­-osmosis system that recovers up to 70% of usable water from leftover distillate – also known as stillage – while the remaining 30% is used to treat the distillery’s compost area, which helps to grow crops in the Hacienda’s organic vegetable garden.

Applbaum admits sustainability is something Patrón should have better communicated since its inception, but insists the brand has made the issue a priority since the start. “A lot of super­-premium spirits are just marketing drivel, marketing fluff, and their care for the environment isn’t something they really focus on – but it’s something we have, since day one, been very, very focused on,” he stresses.

“It’s our own fault; we have never talked about our sustainability efforts as boldly as we should have. Despite the swagger of our brand, we’ve been very humble about certain aspects of what we do, but increasingly as consumers and trade care about this, we’ve realised it is something we’re very proud of internally and it’s OK to share that, to make the data available, particularly now that it’s such an important cause to many consumers.”

With a broad audience to cater for and a new wave of drinkers finding enjoyment in Tequila, brands are looking outwards from the category’s biggest market, the US, to propagate the category’s success. Ingwersen-Matthiesen has her sights set on Germany as an emerging Tequila market. “In Germany, this curiosity about Tequila is also supported by the flourishing Mexican food scene, for the Mexican kitchen is increasingly popular,” she explains. “Mexican restaurants offer an intriguing space to familiarise with the Mexican tradition, culture and, of course, Tequila.”

For Herradura’s Tichenor, travel retail, Australia, Spain and the UK are proving particularly prosperous and are currently the fastest growing markets for the Tequila brand. “While still quite small compared with Mexico and the US, the longterm opportunity is significant as consumers continue to expand their taste profiles and look for new spirits to enjoy,” he says.

But there’s another trend Tichenor has noticed recently, that of traditional vodka drinkers switching to Tequila – most of whom are entering the category through silver or blanco expressions, but with an eagerness to “experiment” with aged editions as their palates and knowledge develop. “We’ve seen the largest influx of new consumers coming from vodka, particularly in the US,” notes Tichenor. “As Tequila grows beyond shots, consumers appreciate the quality of 100%­agave Tequila as a sippable, mixable spirit.”

But in Mexico, the opposite is true; consumers are ditching reposado Tequilas in favour of blanco bottlings as they seek lighter options. The diversity of trends between nations gives Tichenor faith that Tequila has a “long runway of opportunity” ahead. So does that mean Tequila’s shot culture is dead? Far from it – it’s not even really injured. While the category may be moving away from its party persona of yesteryear and into a new, more sophisticated cocktail-sipping phase of existence, there is still an indomitable shot market to be found. “The distinctive Sierra shot ritual is focused, whereas the use of Tequila in outstanding cocktail creations is also of significance in promoting Sierra globally,” says Ingwersen-Matthiesen. “No matter which country, we follow consistent communication that highlights the traditional Tequila shot, as well as its potential for the mixology scene, thanks to a wide range of flavour profiles.”

Herradura’s Tichenor also sees growth potential in Tequila shots, even for super-premium expressions, while recognising the advantages of cocktail culture. “How to drink is an exciting opportunity for Tequila because it is such a versatile spirit,” he says. “While shots and Margaritas are still significant volume opportunities within the super-premium category, global mixology trends are expanding the consumer’s Tequila occasions.”

Sip it neat, shoot it, or stir it into a cocktail – as awareness of Tequila’s versatility grows, is the category risking its success with a potentially convoluted message? “They say that variety is the spice of life,” says Applbaum. “I would challenge anybody on the versatility of Tequila versus any other spirit. The strong will survive – and the strong aren’t just large; they’re those that are committed to quality in the long term. They’ll be the ones ensuring Tequila’s success.”