Youthful, dynamic and somewhat unstable, Latin America offers international brand owners a volatile cocktail of risk and reward. Despite political upheaval, the sub-continent is a vibrant market for spirits. 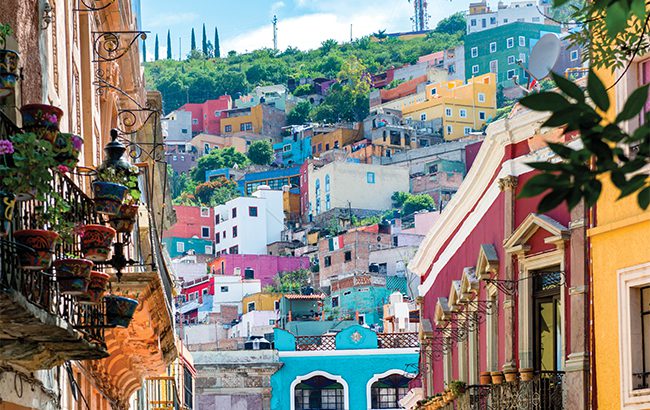 Thirty years ago in the film Wall Street, Gordon Gekko famously dismissed the midday meal thus: “Lunch is for wimps.” If true, the news has yet to reach Mexico, where, according to Juan Gentile, senior vice president for Latin America at Edrington: “The culture is to have long business lunches – of three to four hours – where people like to be seen drinking premium brands.” In his case, ideally Edrington’s flagship single malt, The Macallan.

Mexico is the world’s second­-largest consumer base for premium Scotch whisky, having overtaken Taiwan. “The Macallan is the number-one malt by volume, and I would say by value as well,” says Gentile, who admits the single malt category is still a small part of Scotch overall. Here, Diageo dominates with Johnnie Walker, Buchanan’s and Old Parr at the premium end, and Black & White, White Horse and Vat 69 in the ‘primary’ sector. Last October, it added Bell’s to its Mexican line­up, which Alberto Gavazzi, Diageo’s president of Latin America and the Caribbean, says is likely to sell 40,000 cases in the first year.

However, the group’s star performer in Mexico has been Black & White, which is set to sell 600,000 cases in the country this year, up from 400,000 in 2016, Gavazzi told analysts in June. He credited a successful marketing campaign based around the brand’s ties to Buchanan’s, and claimed it enjoyed a “price premium of around 30% above our closest rival”. Well, not in Walmart Mexico, where a bottle of Black & White currently costs 169 pesos (US$9.50) compared with 155 pesos for the market leader – Pernod Ricard’s Passport.

William Lawson, priced at 159 pesos in Walmart, has been “the fastest­-growing brand in the Scotch category in Mexico over the past four to five years”, claims Constantino Spas, Bacardi’s regional president of Latin America and the Caribbean. “Over the period we have multiplied by at least seven the size of the brand.”

Last April, Forbes Mexico reported on the extraordinary explosion of entry-level Scotch, quoting Euromonitor data that put the category at 10.9 million cases in 2014, up from 3m in 2009. Scotch has certainly broadened its base and become much more accessible, though the question remains whether it will remain as aspirational for Mexicans if it becomes too mainstream. For now, the allure of premium whisky holds good.

International trends tend to blow in from the States, where standard blends have shrunk, but sales of single malts have doubled in the past decade to 2.1m cases (Distilled Spirits Council). This must be heartening for Juan Gentile, but he concedes: “There’s a lot of education to be done on malts, and the cues for premium whisky are still more about image.” Mexicans enjoy ordering a status­-enhancing brand in a bar and buying the best they can afford for their friends – or their dads, judging by last year’s successful Father’s Day campaign run by Buchanan’s.

Meanwhile, there’s no sign yet of Trump’s so­-called “beautiful wall”, and his rhetoric on ripping up the NAFTA trade rules has softened. “We had a very short period of alarm from January to February,” says Spas. “However, looking at the overall economy and the fact the exchange rate has recovered by about 20% since January has meant consumption hasn’t suffered as much as we’d forecast.” Like others, he believes the trajectory for premium spirits remains strong here and in the rest of Latin America. He adds: “The thing that keeps me up at night is the volatility in the market.”

‘LOOKING AT A COMPLETE COLLAPSE’

Venezuela is a case in point. Christophe Lemarié, Pernod Ricard’s business development director for EMEA and Latin America, says: “We’re looking at a complete collapse [of the spirits market]. We haven’t walked away from it, but we’ve drastically reduced our presence.” The prospects look bleak, with the International Monetary Fund predicting inflation will top 2,000% next year. However, adds Lemarié: “If you take a very long view, there’s no reason to believe Venezuela could not recover one day.” For such a whisky­-loving nation, it’s hard to believe Venezuelans have really lost the taste.

Neighbouring Colombia is much more buoyant, with Diageo reporting a net Scotch sales increase of 31% in H1 (July­-January 2017). Spirits have been hit by a recent 25% ad valorem tax, which may well encourage trading down, though high-­end brands such as Hendrick’s Gin have become established in Bogotá’s premium on-trade. But super-premium gin is creating a buzz everywhere. “It’s growing in Mexico, Brazil and Argentina, especially in the big cities, where there’s a combination of young professionals with disposable incomes and an openness to new cocktail trends,” says Lemarié, whose gin portfolio includes Beefeater, Plymouth and Monkey 47.

Gin’s popularity in Spain must help, for, as Spas says: “There’s a lot of Spanish heritage in these markets, and a lot of commercial and social exchange with Spain.” A recent wave of young Spaniards have settled in cities such as Buenos Aires and Santiago to escape youth unemployment back home, and one imagines many will have brought with them a thirst for gin. As for that other white spirit, Spas sees “a lot of opportunity for super­-premium vodka”, in his case, Grey Goose.

In Brazil, the brand faces “a complex situation because there’s a very large, local vodka category that has been commoditised”, says Spas. Here, locally bottled Smirnoff extended its range in late 2014 with Smirnoff X1 Strawberry­Lime, Triple Citrus and Brazilian Berry, followed by Spicy Tamarind in Mexico. They come in what Alberto Gavazzi calls “disruptive Tetrapak packaging” as “affordable, mid-­strength vodka liqueurs with a locally­-rooted flavour”.

Being Brazilian, Gavazzi worries about his homeland. “Brazil remains very uncertain, with strong political turmoil. I am concerned with the situation of my country and the paralysis it could lead to,” he told analysts in June. A report into Brazil by the Organisation for Economic Co­operation and Development, published in the same month, said: “The economy is finally emerging from a severe and protracted recession. Still, the recovery is projected to be weak and slow.”

According to the Scotch Whisky Association, Brazilian value shipments fell by 3% last year, which was a marked improvement on the double­-digit declines of the previous four years. As of June 2017, Diageo’s value share of Scotch was up by 3.5%, and Black & White had doubled in volume in two years to “around 600,000 cases”, said Gavazzi.

But it’s not just the recession that makes Brazil such a tough nut to crack, if you’ll forgive the pun. “There’s also the cost of doing business in Brazil, which is one of the highest in the world,” says Constantino Spas. He lists “distribution costs”, the “complex and onerous tax system”, the “lack of infrastructure for a market this size”, and “high labour costs” as market drawbacks.

With a population that has doubled to 208 million in a generation, a youthful demographic and a rising middle class, Brazil appears attractive, but as Spas says, beer accounts for 92% of total alcohol sales, and cachaça for most of what’s left. Spas is carving out a niche for Bombay Sapphire, Grey Goose and Leblon, the country’s first super­-premium cachaça that Bacardi bought in 2015. “But with Scotch, we haven’t yet been able to unlock the potential of our brands,” he says.

Pernod has sought to premiumise its local spirits, such as Montilla rum, but “the focus is on growing our international brands”, says Lemarié. “We’ve also been protecting our profitability and ability to invest by increasing our prices.” At Edrington, Juan Gentile concentrates on wealthy Brazilians, of which there are still quite a few. According to Capgemini’s 2016 World Wealth Report, Brazil boasts 149,000 US­-dollar millionaires – 56% of South America’s total.

You don’t have to be a Brazilian millionaire to drink The Macallan Amber at around 380 Brazilian real (US$122), but you could buy more than five litres of Black & White for the price. “We’ve been quite resilient,” says Gentile. “In the mainstream, with competitors fighting for market share, it puts pressure on margins and price. But if you go premium there’s more room for more brands, and the value chain is bigger.”

Premium is what counts, be it Scotch, Tequila or gin, though as Spas explains Latin Americans have yet to embrace premium rum.