Having essentially invented Tequila’s super-premium-and-above category, Patrón now enjoys “an almost 70% share in the US”, the brand’s chief marketing officer, Lee Applbaum, said in an interview with The Spirits Business last year. Add in global sales of almost 2.5 million cases in 2016, and the picture emerges of a hugely successful product. Of course, its success has not gone unnoticed by the big beasts of the spirits world, and in June Diageo snapped up George Clooney’s ultra-premium Casamigos Tequila for US$1 billion.

“Diageo is obviously betting on the long game for ultra-premium,” Applbaum said, describing the deal as “an amazing validation of the value of our brand”. And he can say that again. Patrón, which is 20 times larger by volume, announced that it had been acquired by the world’s largest independent spirits producer, Bacardi Limited, just this week, in a deal that values the brand at US$5.1bn – but more on this later.

The brand’s story all started when the late Martin Crowley, an architect friend of the US hair care tycoon and serial entrepreneur John Paul DeJoria, was in Mexico in the late 1980s. “I said bring me back some Tequila,” DeJoria told CNN in an interview. “He found a hand-blown bottle and said: ‘I could design a label for this. Want to make a smoother Tequila and go into business?’”

Applbaum recalled: “Martin had a lot of trouble finding Tequileros who were interested in doing it, but eventually he met Francisco Alcaraz who is, and has been, our master distiller from bottle number one.”

When launched in 1989, US perceptions of Tequila were not exactly premium. “It was either a shot where you were going to get absolutely shit-faced, or maybe a frozen Margarita,” said Applbaum. “So the idea of an ultra-premium Tequila was like ‘you’ve got to be kidding!?’” Meanwhile, the then US$39 price tag was “almost heretical”.

Yet maybe it wasn’t so crazy to be priced as far away as possible from the mainstream products and their low-rent reputations. For Patrón was a spirit of pure blue agave from the Mexican Highlands that involved slow cooking in ovens, a traditional tahona wheel and small copper pot stills, and was beautifully packaged and labelled by hand. There had to be nothing to remind potential consumers of some head-crushing hangover from a night shooting US$10 mixto Tequila.

“Another important thing was that it needed to be a profitable brand for everyone,” added Applbaum. “So the price point had to support a profit structure that would make it attractive for bars, retailers and distributors to carry us, especially in the early days. It was really smart to recognise that everybody has to win long-term or they’re just not going to invest.”

Patrón remains one of the most lucrative brands for Southern Glazer’s Wine & Spirits, which has long been its US distributor. “Patrón was built from the ground up,” he continued. “It was brought in through the hottest bars and coolest restaurants, and through influencers in Hollywood and Las Vegas, none of whom were paid to endorse the brand.” You could drink it with the stars at Spago in Beverly Hills and also see it on the big screen – in 1993 it scooped a minute’s free publicity in Clint Eastwood’s hit movie In the Line of Fire.

It was a slow burn at first. But in 2000, this sub-100,000 case brand cranked up its volumes with the appointment of Ed Brown, an ex-Seagram’s global sales executive who is now CEO of parent company Patrón Spirits. “Ed really saw the commercial potential for Patrón, by amplifying what Martin and John Paul had already done, and layering on more classic brand marketing that allowed it to grow exponentially,” explained Applbaum. Patrón’s logo, inspired by DeJoria’s days in the navy aboard the USS Hornet, began to appear in adverts and on TV by sponsoring motor sports.

Patrón then spread overseas, but international markets were “extraordinarily difficult”, said Applbaum. “There was either complete ignorance of Tequila, or an even more intense predisposition to see it as a low-grade shot.” Today it has a presence in more than 150 countries, including early-adopters like Israel and Australia, but according to Applbaum: “The room for growth in this category is phenomenal. It’s nowhere near saturated because the awareness of the category, particularly outside the US, is nothing compared with categories like vodka.”

The brand was expanding in other ways, too. After launching with Patrón Silver and Añejo, a Reposado was added in 1992, along with Patrón XO Cafe and Patrón Citrónge, an orange liqueur aimed at Margarita drinkers. These have since been joined by Citrónge Lime and Citrónge Mango, and the ‘super ultra-premium’ Gran Patrón range, which launched with Platinum in 2004. Meanwhile, two other spirits were added to Patrón Spirits’s range – Pyrat rum in 1996 and Ultimat vodka from Poland seven years later.

“But they’re very small brands in our stable,” said Applbaum, who insists the real focus remains Tequila. “There’s so much room to grow before we distract ourselves with other categories.”

The story of Patrón echoes that of Grey Goose in its building of a whole new market above the premium category – and in both cases the brand owner was a relatively small independent. “We’re very fortunate to be privately held,” said Applbaum. “It’s allowed us a sort of ‘cost be damned’ approach.”

Of course, we all know what happened to Grey Goose, whose owner, the Sidney Frank Importing Company, scooped a whopping US$2 billion from Bacardi in 2004, just seven years after the brand was born. Like DeJoria, Frank was a committed philanthropist, though sadly he only had two years to spend his bonanza before his death.

One might assume Patrón is now worth significantly more than Grey Goose, and they would be right. Grey Goose parent Bacardi, which has owned a minority stake in Patrón since 2008, recently announced that it has reached a “definitive agreement” to acquire 100% of Patrón Spirits International. The group’s chief executive officer, Edward Brown, will continue in his role, as will Applbaum and chief operating officer David R. Wilson.

Brown said at the time: “As Bacardi has had an ownership stake in Patrón for almost a decade now, and truly knows and appreciates our unique business, they are the best and most logical steward to continue our pursuit of perfection.”

For more information on the acquisition deal, click here.

Click through the following pages to see the timeline of Patrón’s brand history. 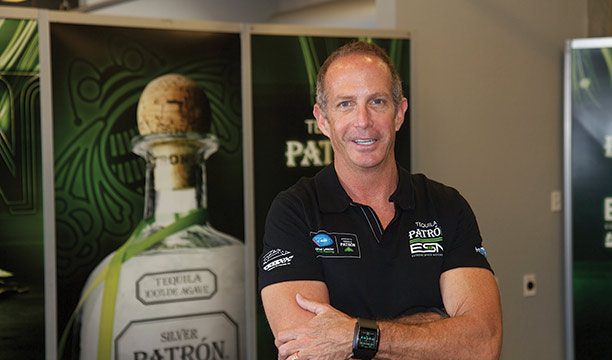 1989: Patrón Tequila is created in the Mexican town of Atotonilco El Alto, Jalisco 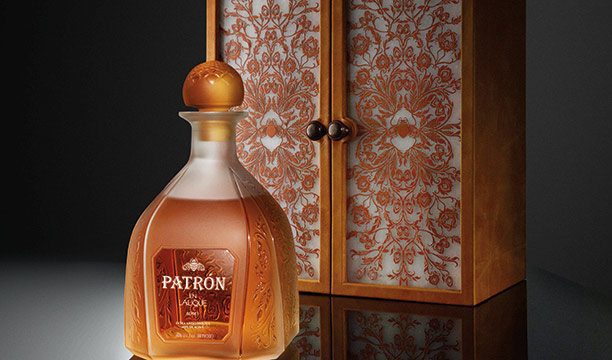 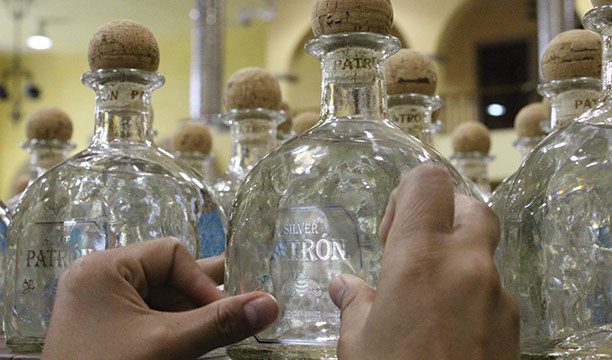 2018: Patrón is acquired by Bacardi, which values brand at US$5.1bn