The meaning of ‘luxury’ may be an ever-evolving term, but one thing’s for certain: demand for expensive spirits shows no signs of slowing. So what exactly makes a luxury spirit worthy of a five-figure price tag? 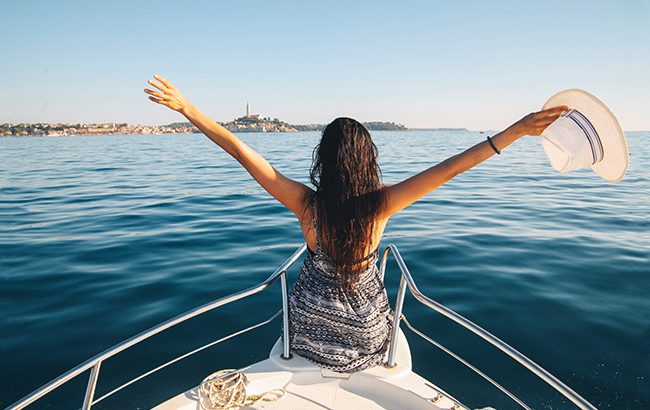 “A whisky’s worth what a consumer is willing to pay,” says Jennifer Masson, marketing manager of Highland Scotch whisky distillery Tomatin. We’re discussing how producers settle on a recommended retail price for their luxury spirits products, and whether there are any instances when these prices are set too high. “It’s a tricky one because it’s so subjective,” Masson explains. “What is considered as expensive to me might not be expensive to someone else. One person might aspire to own a Mercedes and see that as a luxury, while another might consider it an everyday car.”

Over the past year, the luxury spirits market has welcomed myriad spirits releases to its fold that sit in the four­ or even five-­figure price bracket. Tomatin, for example, released the second bottling in its Warehouse 6 Collection in July – a 1972 single malt of which only 380 bottles were made available globally, priced at £2,000 (US$1,546). “We look at the marketplace and we look at what similar brands in a similar position are offering, for what price, and then we see if people are willing to pay that,” explains Masson. “Other times we simply go with our gut. Tomatin 1972 and the 1971 in the Warehouse 6 Collection are the oldest whiskies in our inventory. They’re luxury whiskies because they’re of a certain age, but also because the liquid is spectacular. It’s so special and rare; that’s what contributes to a four­-figure price tag.”

This was also the year that saw Richard Paterson, master distiller of The Dalmore single malt Scotch, celebrate his 50th year working in the whisky industry. To mark the momentous occasion, the Highland distillery released 50 decanters of a Champagne-­finished 50­-year­-old single malt. If you’d like to get your hands on a bottle it’ll cost you though – £50,000 to be exact. Justifying such an astronomical price, Paterson says: “As with any luxury product, price is determined by both the quality of the product and the demand for such a product. As long as there is sufficient demand for rare and unique expressions, we will continue to create whiskies to meet this demand, using some of the rarest and oldest stocks in the world.”

And it’s by no means just The Dalmore that has launched whiskies that cost tens of thousands of pounds; The Glenlivet 50­-year-­olds from the Alan Winchester Collection will set you back US$25,000, while Mortlach 75 – the distillery’s oldest bottling to date – was launched in 2015 with a £20,000 price tag. For most consumers, these are fantasy bottlings they’ll never be able to afford – so are these prices ever justified? Absolutely, is the answer from Winston Edwards, distillery ambassador and brand manager at Balcones. “There are always justifications on price – often linked to rarity and scarcity – that are totally valid,” he says. “It’s about how brands communicate what makes their luxury product different and unique. High prices are justified as long as the consumer fully understands what they’re paying for and why it says what it does on the price tag.”

Though there is a market for such extravagantly priced products, evidently targeted at connoisseurs and high­-net­-worth-­individuals, the perception of luxury in the wider world is continuously changing among producers and consumers alike – and has been for some time. The term is no longer only synonymous with expensive, shiny offerings – it has evolved to encapsulate a whole host of different qualities. “I see people today viewing luxury as another word for quality,” says Paterson. “It’s not about flashy, but instead it’s about beautifully handcrafted products. For whisky, it’s about the quality of the casks in which the liquid is stored, it’s about the time it takes for it to mature, about the finessing and finishing that has gone into the spirit’s development.”

Balcones’ Edwards also supports this shift in semantics. One of the Balcones products he regards as a true example of the distillery’s luxury offering is the Staff Selection Single Barrel annual release. Every year, the distillery curates a selection of casks for all employees to taste and vote on. The favourite is then bottled as a limited edition expression and sold at the distillery in minute quantities. “This is a great example of what luxury means to us,” enthuses Edwards. “This is luxurious as it’s an opportunity to recognise time and care that’s gone into the whisky with the very people responsible for crafting it. There’s genuine passion and a story there for everyone to enjoy and understand – that, for us at Balcones, counts as luxury.”

Hine is equally fixated on the quality of the liquid when it comes to luxury. As Marie-Emmanuelle Febvret, Hine’s marketing and communication manager, says: “Spirits brands are being utterly innovative in terms of packaging, materials used and communication to enhance their product’s perception.”

Talk to drinks giant Diageo, though, and the focus moves to beyond what’s inside the bottle. The brand story, provenance and DNA are all top priorities for the company’s luxury portfolio, which includes well-­known names such as Bulleit Bourbon, Cîroc Vodka, Don Julio Tequila and Johnnie Walker Blended Scotch. “Modern luxury is multifaceted,” says Cristina Diezhandino, managing director global reserve at Diageo. “The creation of luxury does not just stop at the end of the production line.

“When it comes to creating a luxury spirit, we also love placing a strong story at the centre of any product’s DNA. We create products with evocative histories, interesting stories of creation or unique collaboration. With every product launch, innovative and creative experiences are crucial to our thinking.”

She explains how buyers are valuing experiences and emotional connections just as much as the physicality of owning a bottle – perhaps even more so. “Many consumers are gravitating towards emotion and experience – the ‘being’ or ‘feeling’ as much as the ‘having’,” she says. “Diageo endeavours to provide consumers with this through offers such as its gifting membership of our Johnnie Walker House network, for example.”

What’s also apparent is that the perception of luxury Scotch, and consumer attitudes towards drinking it, is also evolving. Luxury bottlings are no longer being saved to sip and savour in a contemplative moment of quiet reflection. Instead, consumers are using luxury bottlings to enrich their social experiences. “Today, many consumers like to enjoy luxury Scotch during nights in or out with friends,” says Laura Hanratty, global marketing manager of Chivas Regal ultra­-premium and prestige. “It is exciting to see consumption patterns shifting – and to play a part in creating Scotches such as Chivas Regal Ultis, which suits modern consumer needs.”

But there’s no denying that the packing plays an important role too – it is the first point of sale for any liquid. Crystal glass packaging has become custom for luxury spirits, and Glencairn has seen demand for its crystal glassware rise handsomely. In its most recent full­-year financial results for 2016, the company’s overall sales leaped 10% to hit £8.6 million – up from £7.8m the previous year. But Scott Davidson, director at Glencairn, is humble about the company’s role in driving sales of super-­premium and ultra-­premium luxury spirits. “I don’t think the packaging could or should be more important than the spirit – that would break the unique position and respect that liquid rightly has.”

One of the key challenges facing the drinks industry – particularly in the case of rare whiskies – is the very low run of volumes produced, which drives up packaging prices. Glencairn works closely with each spirit producer to create a unique product, made to a high standard, on a tighter budget and, often, shorter lead time. “Unlike other luxury items, the run volume is very low, sometimes 100 or fewer pieces in an offering,” adds Davidson. “Other luxury products at the same value are produced in the hundreds of thousands. The value of the decanter is very much dependent on the technical difficulty in producing it and offset against the wastage we have to absorb in completing them with all the special finishes applied.”

What about the role of white spirits – is the luxury sector still dominated by brown spirits, such as whisky and Cognac? In reality, yes, but the market is changing. “Interest in high-end gin remains unabated in western Europe, North America and Australia, where the premium­-and­-above segment has been the key driver of overall category growth,” says Diageo’s Diezhandino.

Diezhandino continues to explain how she’s witnessing the trend spread to new regions, including Asia, Africa and Latin America, driven largely by the popularity of the gin and tonic. Luxury vodka is also proving popular with patrons – Diezhandino notes favourability in numerous markets, including Latin American and Africa. Though it’s apparent that white spirits still have some way to go to reach a similar status to their darker counterparts.

Looking ahead to the coming year, can we expect to see any significant shifts in luxury spirits offerings? Euromonitor predicts an uplift in total luxury spirits sales around the world right up until 2021, when overall sales are expected to reach US$111.55 billion.

The category looks to be on a trajectory of continued change, with increasing value placed on experiences, occasions and emotional connections. As Chivas’s Hanratty says: “Spirits are no different from many other luxury industries; people are willing to invest in exclusive experiences.”

But make no mistake – there’s still a broad luxury market space awaiting costly new bottlings, and an adoring audience waiting to snap them up.