India in focus: Millennials could drive growth of spirits

India is a huge country with massive potential as a market for spirits. Despite legislation stymying growth in certain areas, producers are optimistic that a change in drinking culture is round the corner. By Claire Dodd. 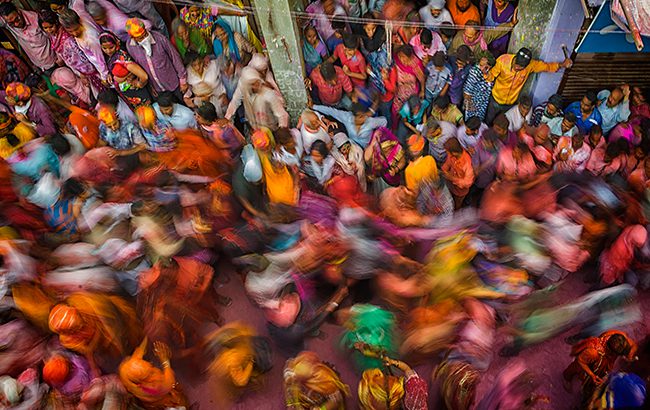 “Though India is capable of producing great spirits, as we have seen with likes of Amrut single malt and Paul John single malt, there still exists a little reluctance for consumers to think of an emerging country as the maker of premium spirits,” says Gautom Menon, chief brand officer of India-made Wild Tiger Rum.

Here lies the paradox of the Indian alcohol market. India is once seen as a land of boundless opportunity for brands – the second­-most populous nation on earth, with almost 1.3 billion citizens, is already the second-­biggest market for companies such as Pernod Ricard. Yet it’s also a nation of complicated legislation, mounting regulation, and perceptional challenges when it comes to alcohol – both domestic and international, as Menon points out.

In fact, those powerful prohibitive market forces came into sharp focus for many last year. With new trade restrictions and taxation on spirits in various states, it’s true to say 2016 was not kind. A ban on the sale of alcohol within 500 metres of national highways resulted in the closure of a number of on­ and off­-trade outlets, according to market research provider, Euromonitor. And a ban on spirits in Bihar (India’s third most populous state, home to almost 100 million people) and Kerala (the largest liquor­-consuming state in India) had a huge impact on sales.

But it’s not all doom and gloom. India is changing, and so too are the tastes and aspirations of Indian consumers, so much so that this evolving market has been earmarked as a priority for the likes of Pernod Ricard, Beam Suntory and Diageo among others.

Performance data from Euromonitor shows that in 2016, spirits recorded total volume growth of 4%, which is slightly stronger than the 3% compound annual growth rate for the period.

Results for this year will be bolstered by Kerala’s relaxation of its prohibition, which now allows for the sale of spirits in three­ and four­-star hotels. And announcing its Q1 performance in October, Pernod Ricard said the market was up by 2% in value, with disruption caused by the highway ban set to ease.

The weight of belief in India as a sales powerhouse and strategic stronghold is further evidenced in Diageo’s announcement in February that its new India-­based business services centre was likely to become one of the company’s biggest by 2020. But the Scotch Whisky Association (SWA) has perhaps most succinctly outlined the potential of India, long a whisky stronghold, with its statement that Scotch accounts for just 1% of the Indian spirits market, and yet as a country India is the third­-biggest importer of Scotch by volume. Total whisky sales grew by 15% over the past five years to 189m cases, according to the IWSR, but most of that whisky is Indian­-made foreign liquor (IMFL). This means the potential prize for any international brands that succeed in overcoming market challenges would be considerable.

In November 2016, Beam Suntory launched two peated single malt Scotches into India – Ardmore Legacy and Bowmore 12 Year Old. Vidyut Arte, India managing director for Beam Suntory, said the company was seeking growth among younger Indian consumers with Bourbon. “India is a top­-priority emerging market for Beam Suntory,” he said. “Our team in India is pursuing an ambitious long­term growth strategy, built on high­-quality premium brands like Teacher’s, a leading Scotch brand in India, our wider malts portfolio, and, of course, Jim Beam, which is resonating strongly with millennials as Bourbon and other premium international spirits continue to attract new consumers.”

Arte raises a good point. Consumer perceptions of alcohol are shifting in India, and the nation’s many domestic producers are seeing increasing disposable incomes create a growing market for premium foreign spirits, with millennials a particular area of focus.

Ahmed Rahimtoola is head of marketing for domestic producer Allied Blenders & Distillers, whose brands include market leader Officer’s Choice Whisky (which has a 40% share of the regular whisky segment). He says: “Another trend is the emergence of whisky as the dominant category, especially with the youth. This is thanks to lifestyle-­oriented communication by most brands. The whisky brands reflect a successful lifestyle, which is aspirational to the youth, and they look to them for ‘badge value’ among peers and friends. Thus, whisky is gradually replacing beer, rum and vodka as the entry point for the youth into the alcobev space.”

Consumers are also looking to ever more premium liquids within the category, adds Rahimtoola. “The one trend that has been dominating the Indian alcobev market for some time now is that of premiumisation,” he says. “With rising aspiration and increasing disposable income, consumers are upgrading towards premium segments in the country, within IMFL or to international brands.” Allied Blenders & Distillers plans to soon launch a new range of premium whiskies “with footprints in the semi­-premium and premium whisky segments” to address this.

Rahimtoola adds: “Consumers are also becoming more aware of the kind of alcoholic beverages that they consume – for instance, traditionally, molasses-­based whiskies used to dominate the Indian alcobev industry; now it is the turn of grain-­based whiskies, based on the perception that these are far superior in terms of product quality. However, there is muted growth, if any, in the overall industry.”

Therein lies the problem. Where could future growth come from? “The white spirits category has not really taken off in India, in spite of favourable demographics. However, within white spirits, flavours seem to be growing,” says Rahimtoola. Insight from Euromonitor confirms this view. According to the company, flavoured vodka gained significant ground in 2016 as more young adults began drinking cocktails and shots, particularly women. Flavours are also being seen in white rum, with peach, raspberry and apple proving popular.

Micro and craft brands, hitherto largely missing from the market, are still fledgling. According to Euromonitor, they remain “nascent concepts” with Agave India and Wild Tiger Fine Spirits the only two micro­distillers present in 2016, and “even these companies have not been able to fully expand, thanks to various production restrictions in the country”.

It seems that legislation continues to inhibit growth for both domestic and foreign producers. Nevertheless, perhaps the biggest emerging power when it comes to which brands will make it and which won’t in this complex market is the consumer. In this, India isn’t unique, but here the power of marketing budgets to provide aspirational images to consumers cannot be underestimated.