Crucible’s Stu Bale on pushing the boundaries of cocktail creativity

From pulling teeth out of corpses to serving Corpse Revivers in bars, Stu Bale’s career has not followed the straight and narrow. Having honed his skills with Tony Conigliaro, he is now the driving force behind the Crucible bartender workspace. 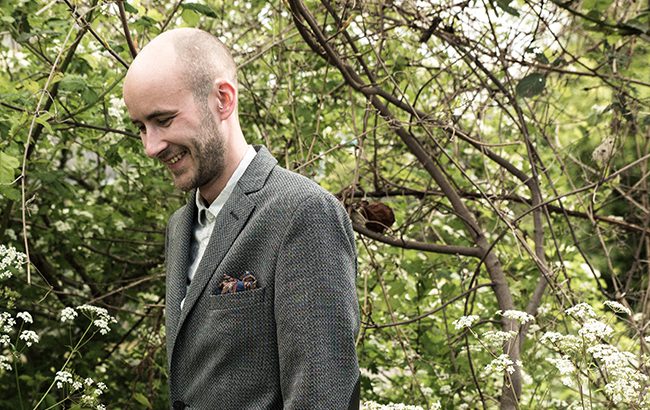 Ask anyone in the drinks business how they joined the sector and you’ll soon learn there’s never a conventional route into the industry. For bar consultant Stu Bale, founder of Crucible in London – one of the most exciting developments in the bar world in 2017 – it was while studying dentistry at university in Glasgow that he realised his passion for hospitality.

“During the day I was practising pulling teeth out of dead people, then at night I’d be mixing drinks for customers in the bar,” Bale explains. “I much preferred being hospitable rather than the opposite, so the decision to swap dentistry for bartending was one that made itself, really.”

After breaking the news to his parents, which he describes as “probably the hardest thing I’ve ever had to do”, he left the world of flossing and drilling behind him, working at Tonic and 99 Hanover Street in Edinburgh then 99 Aberdeen. A year later, Bale headed to London, where he spent the next 12 months working at Albannach, a Scottish bar in Trafalgar Square.

His next move saw him bag the role of head bartender at 69 Colebrooke Row, before moving to consulting agency Strange Hill two years later, designing training programmes for groups such as Diageo. He then set out on his own, but felt he was becoming limited with what he could do. “I had nowhere to work from; I was just destroying my kitchen,” he says.

But it was a visit to a hack-space in Edinburgh with a friend in the art industry that triggered the idea for Crucible. Bale’s vision was to provide a collaborative hub, where bartenders could come together, share ideas and push the boundaries of cocktail creativity. He’d seen such spaces successfully opened in other industries, from art studios to shared office space, but saw a gaping hole in the hospitality world for a venue of similar sorts. “If you wanted to record an album, you wouldn’t buy a whole music studio – you would go to a music studio and rent the space,” Bale explained to me in August. And now the concept is up and running, it’s hard to see why nobody had thought of adapting this idea to work for bars before now.

Located in east London, Crucible boasts a co­-working space with hot desks, a bar and a photography area downstairs. Head upstairs and you’ll find the science lab, filled with high-­tech equipment including a centrifuge, vacuum-­pack machine, rotary evaporator, water bath and dehydrator. “It took me about a year to find a site after I’d had the idea,” he explains. “And, being London, it’s quite difficult to get that sweet spot between the cost of the unit and the size, but also finding somewhere that’s accessible. It was just a case of being patient. Then when I saw this site, I took it the next day.”

Bringing together the skills he had accumulated over the years working for Tony Conigliaro at 69 Colebrooke Row, known for its experimental approach to drinks, and bartender Nick Strangeway, Bale was confident he had the knowledge to offer a truly diverse space for bartenders to experiment in. But Bale has been busy expanding the consultancy side of Crucible, using its members.

“I did a lot of consultancy before Crucible, and the idea was always to turn Crucible into a consultancy using the broad pool of talent I hoped we would attract,” he explains. “So when we get jobs coming in, I can pick the best people that are around. It’s often the case that the people who can do the job best don’t necessarily know how to get on a consultancy project like that, which is what I’m good at. So we’re getting a good number of consultancy jobs coming in.”

It’s been several months since the doors officially opened to the bartending community, and the reception has surpassed Bale’s expectations. “It’s been fucking excellent; better than I could have hoped for, to be honest,” he admits. “What has been surprising is people’s reactions, that people have got so excited about it.”

So much so that mere months after Crucible was unveiled, the concept has already been adapted abroad – in the land Down Under, no less.

“There’s a thing called Worksmith, which is opening in Australia, which is kind of based on the idea here,” Bale explains. “They reached out to me and said: ‘We love the idea, we’re going to do one in Australia.’ And I said: ‘That’s fucking excellent.’” Both venues have agreed a partnership whereby members of Worksmith who find themselves in London will be welcome at Crucible to share their expertise, and vice versa with any Crucible users who visit Melbourne. “I really see this community aspect growing even more as we progress,” says Bale, excitedly.

It soon becomes apparent during our conversation that out of all of Bale’s notable accomplishments, Crucible is his proudest feat to date. “Crucible has allowed me to use the skillset I’ve spent the last 14 years building,” he explains. “Everything from teaching to running a business, flavours in drink… I feel like I’m doing something quite good now. It’s using everything I’ve learned in a constructive way – which makes a change,” he adds, modestly.

And as we enter a new year, Bale promises that we can expect big things from Crucible, from further consultancy expansion, to a European tour in collaboration with Singleton Scotch whisky and rotavap experts.

Though details are being kept secret for the time being, bartenders in Budapest, Vienna and Berlin should keep their ears to the ground come March.

But for the man who’s already “living the dream”, where is there left to go? “I’d love to work with some kind of nuclear physicist,” he says. “I’m a huge fan of taking expertise from a different industry and applying it to where you see fit. You can find inspiration everywhere. Who says you have to play by the rules?”