Another star-studded month for marketing saw David Beckham star in a 60-second film for Haig Club, while dubstep duo Modestep performed on a space net for Jägermeister’s Ice Cold Gig.

Last month, Smirnoff raised the profile of non-­binary artists and members of the LGTBQ community with its We’re Open campaign, while Disaronno launched an “emotional” television advertisement.

Click through to the following pages to discover our pick of the top 10 spirits marketing campaigns launched in November 2017. 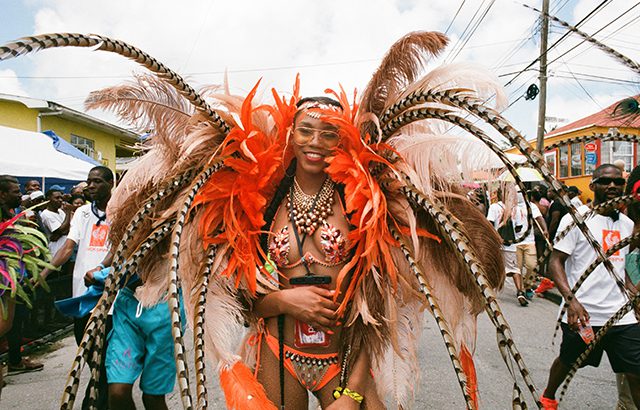 Bacardi has launched a four-part music documentary exploring the influence of Caribbean music. The series is the latest iteration of Bacardi’s Sound of Rum creative campaign, which aims to show the link between the brand’s island routes and modern music.

Sound of Rum was born from the brand’s partnership with electro/moombahton trio Major Lazer. The project will highlight a range of Caribbean genres, including reggae and afro beats and will fuse them with other global influences from hip-­hop and grime. The series features stars such as Sean Paul and Chase & Status. 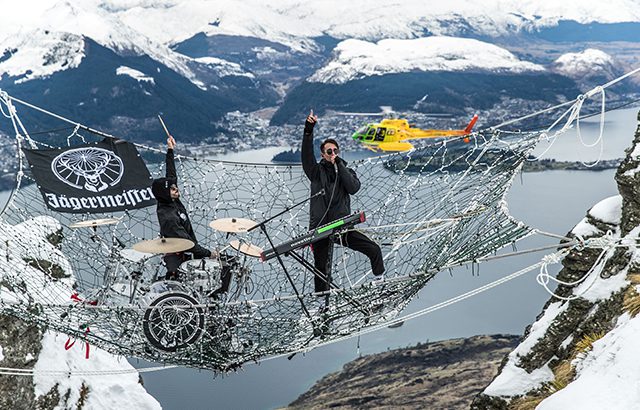 Jägermeister recently hosted its sixth annual Ice Cold Gig, again starring Modestep. For this year’s show, the dubstep duo performed on a space net, suspended from a New Zealand peak over an icy ravine. The ‘venue’, at Cecil Peak in Queenstown, was only accessible via helicopter, and saw Josh Friend and Pat Lundy from the band travel on a zip line over a sheer drop to reach the ‘stage’.

The net used as the band’s stage was made by hand in Utah especially for the show. The show is the latest collaboration between Modestep and Jägermeister since their partnership began in 2011. 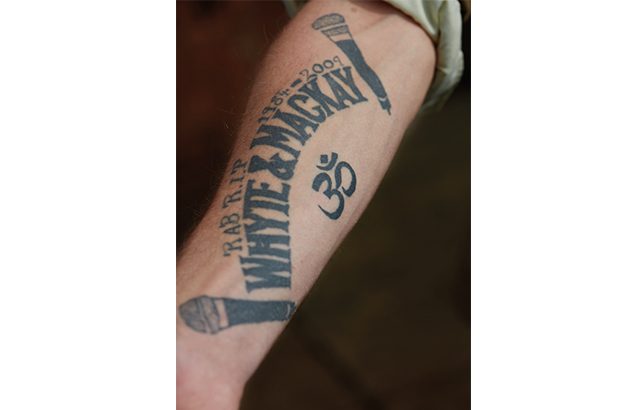 For the campaign, the blended Scotch takes a ‘wry and witty’ look at the people of Glasgow and Edinburgh, who have helped shape the brand’s taste and character.

Boni’s artwork celebrates the colourful personalities found in each city; from Katie Cooke, ranked ninth Paralympic powerlifter in the world, to Derek Mackay, whose arm bears a tattoo of the Whyte & Mackay logo in honour of his mother, whose maiden name is Whyte. 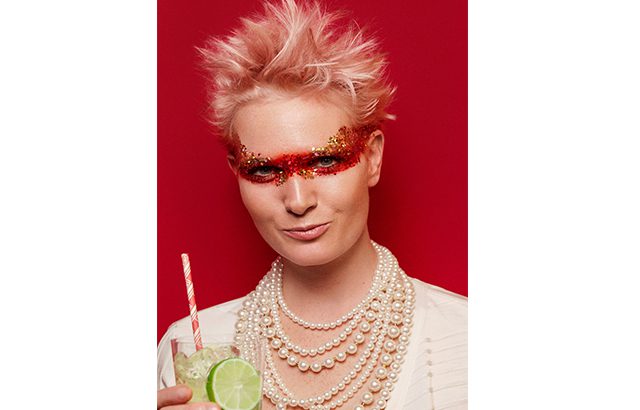 Smirnoff’s new We’re Open campaign is hoping to raise the profile of non-­binary artists and members of the LGTBQ community.

The vodka brand’s new campaign aims to create positive change in UK nightlife culture. Diageo’s Anita Robinson said: “Nightlife is a place where everyone should feel welcome for who they are, no matter what their gender identity is.” The vodka brand worked with the LGBT Foundation to produce the campaign, adding that it is committed to “celebrating the full diversity of gender identities”. 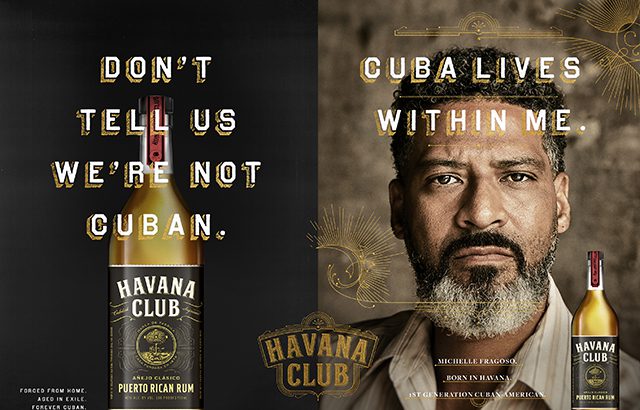 The clip shows Esparza reciting Island Body, a poem written for the campaign by poet Richard Blanco. The campaign hopes to send a message to all exiles that they remain a part of their homeland, reassuring consumers with similar stories of exile that nobody can take away their identity.

The video was written, produced and directed entirely by Cuban exiles in Miami, and is available in English and Spanish. 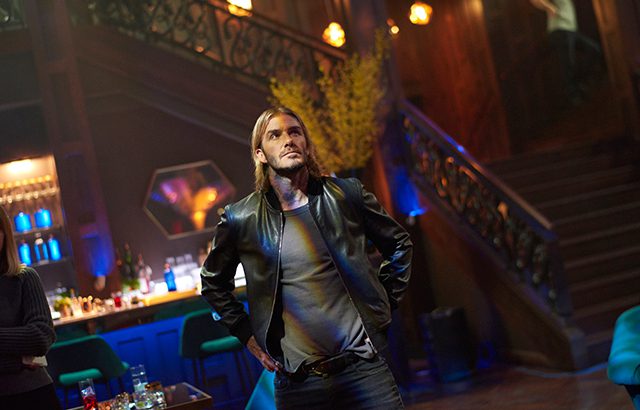 Diageo has released Leave as You Arrived, a new film from single grain Scotch whisky Haig Club, as part of the brand’s promotion of responsible drinking.

The 60­-second film was directed by Grammy award-­winning Swedish director Jonas Akerlund, and features Haig Club business partner David Beckham and his friends. The film plays out in reverse, showing the group “appearing as immaculately put together leaving the bar as when they arrived”.

Ronan Beirne, global brand director, said: “Responsible drinking is an integral part of the Haig Club philosophy and we have a shared belief with our business partner, David Beckham, about quality over quantity and the importance of drinking in moderation.” 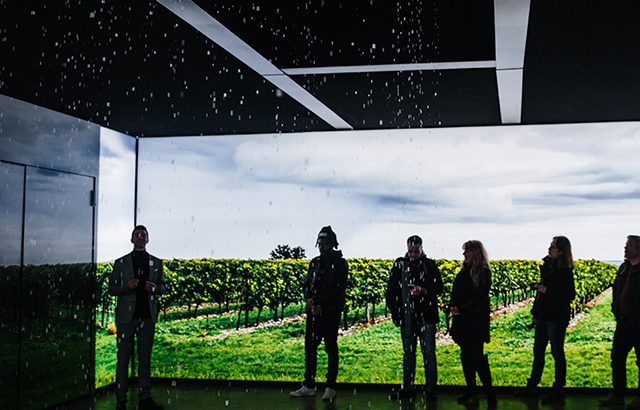 Hennessy has launched a new experience in New York, bringing to life the Cognac-­making process. Hennessey, Le Grand Voyage made its debut at Industry City.

It uses multi-sensory elements to showcase the brand’s nature, people and knowledge from its 250-­year history. Visitors can experience simulated rainfall to demonstrate the unpredictable weather faced by winemakers, and can also experience double distillation through a copper room inspired by the traditional Charentais pot still. Rows of French Limousin oak help to visualise the processes of maturation.

As part of Hennessy’s education platform, Le Grand Voyage promotes the brand’s craft credentials, flavour complexity, and link to American cocktail culture, as the base spirit used in many classic cocktails such as the Sidecar and Sazerac. 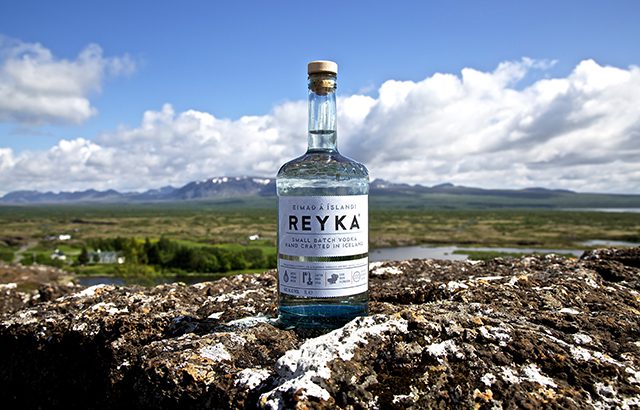 To mark the roll out of Reyka Vodka across the UK, the Icelandic brand launched a series of ‘off-beat encounters’ in London.

Reyka representatives descended on Hackney, taking over 18 bars and inviting Londoners to join them “on a creative expedition” across the borough. The brand hosted Icelandic feasts, mixology masterclasses and an intimate gig with Icelandic rock band Vio.

Reyka also presented one of the country’s most iconic sights, the Aurora Borealis, or Northern lights, via projections onto water. 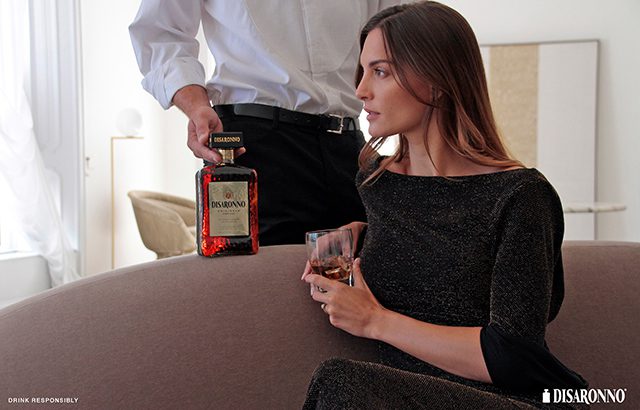 Disaronno has launched a new TV ad, which it hopes will help create an “even stronger emotional bond” with its customers. The commercial, filmed on Italy’s Lake Como, aims to show the ‘contemporary and innovative’ style of Disaronno while keeping the brand’s image ‘premium and modern’. Augusto Reina, chief executive officer of Illva Saronno Holding, said: “The commercial talks about the brand in a new way and encompasses the entire Disaronno world: aspirational, evocative, iconic and elegant.” 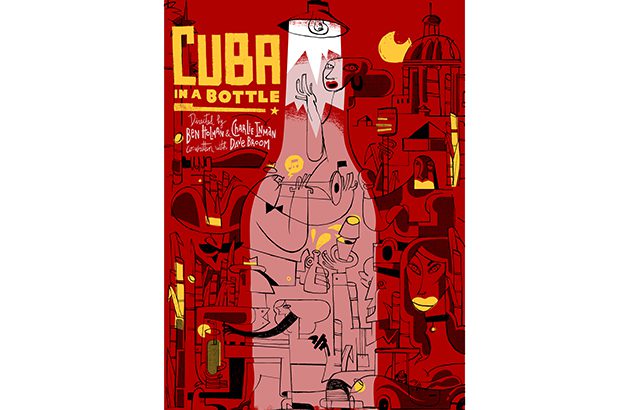 Pernod Ricard hosted the premiere of Cuba in a Bottle at Notting Hill’s Grade II­-listed Electric Cinema last month. The documentary, co­-written by acclaimed spirits writer Dave Broom and brought to life by Havana Club, explores authentic Cuban culture and the importance rum plays in Havana and beyond. Guests sampled Havana Club 7 Old Fashioned cocktails and Cuban canapés while they watched the film, and after the screening, co-directors Charlie Inman and Ben Holman were welcomed on-stage for a question­-and-­answer session.