US spirits market is ‘circling back to lighter tastes’

The craft movement and a focus on ‘pure’ ingredients have changed the focus of spirits in the US market. Claire Dodd looks at how brands are endeavouring to capture mindshare with intriguing new products. 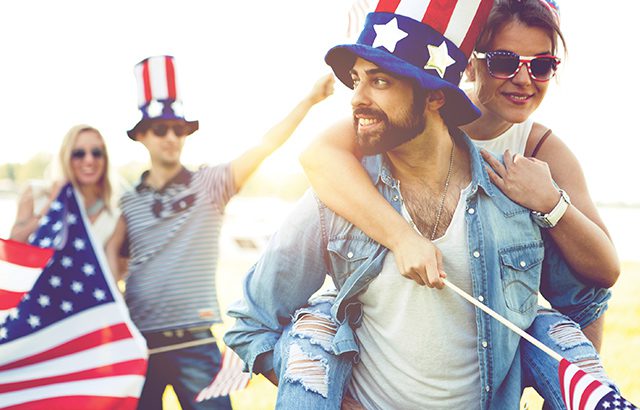 The good news is that with the craft movement, taste profiles have changed forever. We can never go back,” says Steven Grasse, CEO of Quaker City Mercantile (the creator of Sailor Jerry rum and Hendrick’s Gin) and founder of Tamworth Distilling (the experimental, botanical, and terroir-­focused maker of the Art in the Age spirits range, among others).

“But in the US craft market we have gone so far into the esoteric flavour profile – and it’s the same with craft beer – that it’s kind of circling back to more simple, lighter tastes.” Continuous fragmentation of the US spirits market has led us to an interesting place. On one hand, the seemingly endless expansion of craft distilling has resulted in a flood of hyper-­local, ‘characterful’ products that lull consumers with their back stories and stylish packaging. The number of US craft distilleries stood at about 200 in 2011, according to Reuters. Today, there are around 1,300, says the American Craft Spirits Association.

On the other hand, well, this is a market still dominated by just a couple of categories – and if we’re really being honest, just one. But, the market is in overall growth: according to the Distilled Spirits Council, spirits supplier sales increased by 4.5% to US$25.2 billion last year, with volumes up 2.4% to 220 million cases. And 2016 also marked the seventh consecutive year that spirits swiped market share from beer.

According to data from Vinexpo and the IWSR, American whiskey makes up a colossal 45% of the US market. Volumes grew by 6.8% during 2016, the Distilled Spirits Council states. So, against such a backdrop, how is new product development and innovation in the highly competitive US market working to capture consumer mindshare – particularly that of the much­-maligned but crucial millennials? What do American drinkers want? And how is the market responding?

The word ‘lighter’ can denote a multitude of styles. So, what do we really mean? Let’s start with the virtuous. “One of the trends we’re seeing,” says Pete Carr, regional president of Bacardi North America, “is that consumers are paying more attention than ever to where ingredients come from – which means they’re trading up when it comes to spirits selection to ensure their cocktails are always prepared with clean, naturally sourced ingredients. This has caused an interest in lower­abv/feel-good choices.” 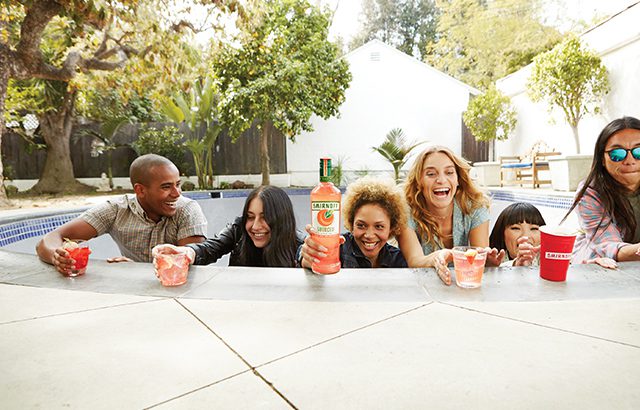 One category trying to claim this segment for itself is vodka. Gone are the sugar-­rush years of candyfloss­ and birthday cake­flavoured tipples. Instead ‘pure’ ingredients have made their way onto the product lines of most major brands. The Campari-­owned Skyy Infusions range uses only ‘natural ingredients’ for a ‘true to life’ flavour. The line was launched in 2008 as an antidote to artificial-­tasting flavoured vodkas, but has had Honey-crisp Apple, Tropical Mango, Bartlett Pear, and, most recently, California Apricot, all added in the last 16 months.

Smirnoff Sourced, launched in early 2016, meanwhile, is infused with real fruit juice to, as Diageo’s CEO Ivan Menezes put it, give “authenticity to an often artificially flavoured category of the spirits business”. The gluten-free Stoli Crushed has launched in Pineapple and Ruby Grapefruit variants. And, tellingly, Three Olives, previously purveyor of flavours such as S’mores, and Loopy (based on Fruit Loop cereal), is now taking a more pared-­back approach, recently launching Cucumber Lime and Fresh Watermelon. This more simplistic approach has been responsible for a resurgence of the category in the US on-­trade, according to Carr.

But light can also mean easier to drink – something that Quaker’s Grasse is keenly aware of. “If everything is interesting all the time, we get flavour fatigue,” he says. But a considerable number of US craft distillers are focusing on ‘flavourful’ whiskey, and big brands such as Jim Beam and Buffalo Trace are launching heavily oaked whiskeys, or experimental expressions.

Just look at the recently released ‘rule­-breaking’ whiskey from Stolen: an 11­-year­-old whiskey with an intense smokiness, achieved through finishing with double­-smoked barrel staves. And Campari America is resurrecting pre­-Prohibition Bourbon whiskeys based on historic products with its ‘new’ Whiskey Barons Collection. So where does the market go next? Maybe to the Emerald Isle. “What’s really good about Irish whiskeys is that they are easy drinking,” says Grasse. Collaborating with West Cork Distilling, the company launched an American rye barrel­ finished Irish whiskey – Prizefighter – in February. Of course, the meteoric popularity of Pernod’s Jameson brand can attest that the fashion for Irish whiskey is nothing new.

But questions of how sustainable American whiskey’s dominance actually is are being answered with hybrid products that are ‘American’, but also point US drinkers in the direction of other global styles. In fact, it’s a route being ever exploited by Scotch makers keen for a share of the boom. With Scotch still seen as unapproachable or old­-fashioned by swathes of US drinkers, brands such as Whyte & Mackay’s Jura are out to change minds. A few years ago, the company launched Jura Brooklyn, a Scotch aged up to 16 years in American white oak Bourbon, Sherry and Pinot Noir casks. Most recently, it added Jura 10 – matured for 10 years in American white oak ex­-Bourbon barrels and finished in aged oloroso Sherry casks – to its core US-­focused line-­up. According to a Whyte & Mackay spokesperson, the new liquid aims to “achieve both sweet and smoky characteristics” and is “a confident step forward for our brand that capitalises on an opportunity to maximise our island malt credentials”.

But those thinking that flavoured whiskies are slowing need to think again. Rob Mason, vice president for North American Whiskey at Beam Suntory, says: “We produce more than half of the world’s Bourbon, and we are bullish about the category’s future. Jim Beam Apple is our most successful innovation in the brand’s history. We will continue this momentum with the US launch of Jim Beam Vanilla, rolling out this summer, and launching nationally in the fall.”

He adds that the company is “just beginning to scratch the surface of our opportunities” in both the Irish whiskey and single malt Scotch categories, with brands like Laphroaig, Bowmore, The Tyrconnell and Kilbeggan. While we’re discussing brown spirits, what about rum? Cognac, the choice of the hip-­hop elite and their fans, has claimed the spotlight for long enough. The rum category has felt like something of an after­-thought: the industry workhorse with historically little glamour or prestige attached to it. Figures from Euromonitor show that rum sales are falling, with a recovery to pre­ 2014 levels only expected by 2021. Bacardi is not taking the slump lying down, and like Cognac before it, is pursuing a musical route, recently aligning itself with much­-hyped EDM powerhouse Major Lazer to target millennials. It has launched a limited edition with the group, available now in the US, and in select international markets from September. Bacardi also released three new flavoured rums in the past year – Bacardi Banana, Bacardi Grapefruit and Bacardi Raspberry. But the premiumisation of the category is not far away, says Carr, propelled in part by the overall momentum behind brown spirits.

“We believe the premiumisation of the rum category is just a few years away. Its versatility and diversity in profiles have truly awakened the interest in premium rums and continues to drive the upward trend in the category. The super­-premium segment is expected to grow faster than vodka, Tequila, Scotch and Cognac. Given the strong growth potential, we can expect that new entrants will come not only from the smaller, more craft and incubation brands, but also from brands of significant scale, including Bacardi.

“As consumers continue to adopt sipping rums and become more educated on the nuances and versatile taste profile of rums, we’ll see more unique offerings that celebrate the many facets of what rum can be.” It’s certainly an approach that has worked for Tequila, a category Euromonitor predicts will grow by 27% by 2021.

And what of the ever­-fragmenting gin market? “We always say it’s death by a thousand cuts if you’re a big brand,” says Grasse. “I don’t think Hendrick’s could happen again. In the US, there’s something like 300­400 new gins coming out each year. Gin is now local. Gin has become the farmers’ market of spirits.”

This is a consumer thought process – the desire to try local products and niche ingredients – that Grasse is fully taking advantage of in his other launches. New to the market is Von Humboldt’s Turmeric Liqueur, created following demand from mixologists. Last year, Art In The Age also released a Black Trumpet Blueberry Cordial. The ‘farm­-to-­bottle’ drink uses Black Trumpet mushrooms, and is a product that Grasse says people “go apeshit over”.

“What excites me now are flavour modifiers,” he says, “cordials and liqueurs. There’re a lot of people making whiskey, vodka, and gin. But modifiers are where you can get really creative and can really break through. Plus, no-­one else is making them, so there’s nothing for people to judge you against.”