What will happen when Scotch whisky’s current generation of trailblazing distillers and blenders set aside their nosing glasses and retire? Greg Dillon speaks to four young whisky makers ready to take on the challenge of carrying the industry into the future. 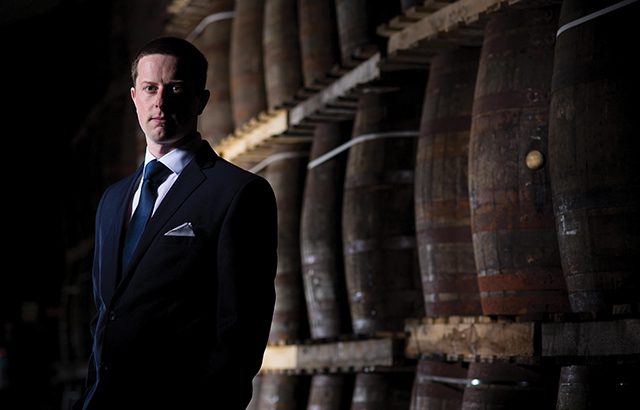 While Scotch whisky’s popularity showing no signs of abating, with volumes and new releases soaring to record levels, the industry also appear to be at a crossroads. Some icons – such as Glenmorangie’s Bill Lumsden, Chivas Brothers’ Sandy Hyslop, Diageo’s Jim Beveridge and Whyte & Mackay’s Richard Paterson – are starting active succession planning to ensure the baton is passed to the appropriate distillers and blenders, who they hope will lead the industry into the future.

This is not to say these fine folks are going anywhere any time soon, or that they have settled on an heir. Most are training and working with teams of blenders and distillers instead of one dedicated person, presumably because of the vast amount of new product development projects that are taking place at any one time. Nevertheless, one thing is for sure: the Scotch whisky titans are planning seriously for the future.

Pernod Ricard, Diageo, Moët Hennessy and Rémy Cointreau, among others, have recognised a critical need to ensure that as much of the knowledge, experience and nous gleaned from decades of nosing, sampling and blending is passed on to the whisky makers of tomorrow.

There is a lot of optimism about Scotch whisky in the years to come, and a great deal of pride and ambition from the industry’s new generation. In different ways, each of them exudes excitement about the opportunities and challenges ahead.

Over the following pages, we profile four young whisky makers who are already making their mark on the sector. 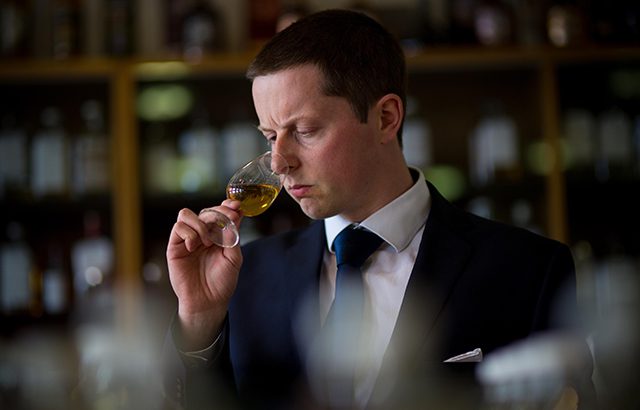 A chemist by trade and a man passionate about all things whisky – from production to packaging – Calum Fraser has worked at Chivas Brothers under the tutelage of Sandy Hyslop for a year and a half, having previously worked under Jim Beveridge at Diageo. “I was approached by Chivas to join its enhanced blending team in 2016, and it is a great time to be a part of not only Chivas but the industry as a whole, especially as a Scotsman,” he says.

Fraser speaks of how his “experience of working with globally renowned brands for four years and working in production, from new spirit up to mature spirit, has provided a solid set of skills and an ability to pick up flavours, both good and bad, within production and maturation”. But that isn’t the whole job for Fraser at Chivas, whose blending team is “leaned on quite heavily by our marketing teams to ensure that any stories about our brands are accurate”.

Ultimately, though, his main responsibility, as with the others in his blending team, is to be “very much involved in everything quality related”. He says: “There is no typical day, and I mean that – from holding discussions with distillery managers, to discussions with warehousing managers to ensure everything is OK, nosing the spirit so that there are no issues with quality.”

When asked about being part of the team that will follow in the footsteps of Sandy Hyslop, Fraser’s response is that “with close to 35 years’ experience in the industry it is great to get to work with him every day. It’s given me so many nuggets of experience and knowledge to feed on”.

But is it a lot to live up to? “Sandy will walk away as part of a generation responsible for a lot of innovation and should be proud of the breadth of whisky expressions he has created. The brand has been around for 200 years so there will be a time for one of us to take over, and you have to be ready. But Sandy will only walk away when he knows there is someone he has confidence in to take Ballantine’s and Chivas Regal to the next generation.” 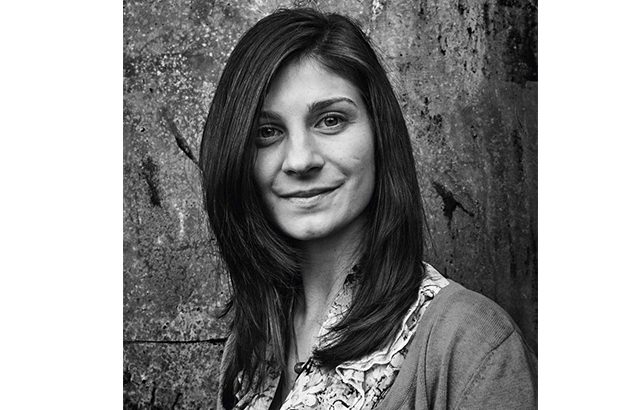 Aimée Gibson’s journey to becoming a blender started when she was baking alongside family members in a café when she was young. “It was here that I began learning about how flavours balanced and combined and where I developed an interest in flavour, an interest that continues to grow to this day,” she recalls.

While on placement, Gibson moved to Scotland to work as part of Diageo’s whisky specialist team. “I focused my energy on the impact of different cask types on the whisky maturing within. I then began to explore Scotland itself, and today I see whiskies and the regions they’re from as one entity, each a revealing expression of the other. It was through this placement that I then realised I wanted to become a blender.”

Gibson is one of 12 people on the blending team at Diageo, working with master blender Jim Beveridge every day to be as involved as possible in the whisky creation process. “To be successful in our day to day work we must all have technical capability and a great sensory aptitude,” she says.

When asked about the dozen blenders working with Beveridge, Gibson says: “Nobody knows who may follow in his footsteps, but right now, it’s just a privilege to be part of this close, tight-­knit team. We are all following in the footsteps of those before us; standing on the shoulders of giants and learning every step of the way.”

Gibson has already started to flex her innovative muscle by leading the creation of the Johnnie Walker Blenders’ Batch Wine Cask Blend edition – part of a series of limited­-edition whiskies that have been created “with bartenders in mind”.

“When I started with the whisky specialist team as a student many years ago, I would never have believed I would now be a blender in our team, working on new and unique projects such as Blenders’ Batch and other exciting experiments and innovations,” she says. 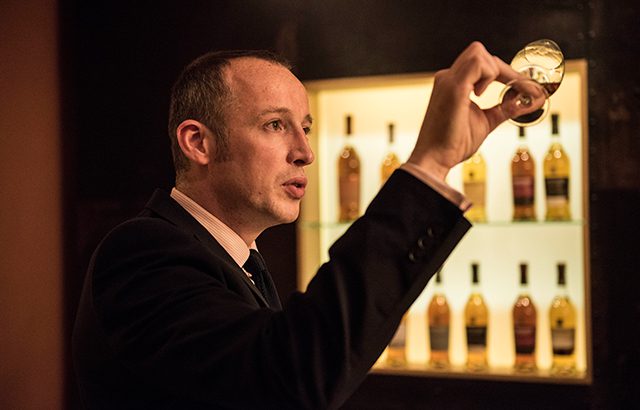 Brendan McCarron’s journey of “lucky breaks” started with a similar background to Aimée. He achieved a degree in chemical and process engineering from Strathclyde university, which led him to seek production jobs. Eventually, he landed on Diageo’s graduate scheme.

Only a few weeks into his time at the Burghead Maltings, McCarron was asked to join a team of chemical engineers to design distillery processes. “I was really lucky to get on this team as I had six weeks’ experience in the whisky industry and was the next least experienced person on this tiny team, where most people had something like 18 or 19 years’ experience. It was after that amazing year surrounded by real whisky experts that I knew what I wanted to do with my life”.

McCarron’s time at Diageo built him into a well-­honed whisky production specialist. “At this point in time I genuinely did not think there was any job that would tempt me to leave Diageo, but once I met with Dr. Bill Lumsden and I started to progress through the application process, I knew I had to have this job.”

He says of working alongside Lumsden: “I am seeing how he does things and doing my own thing too while he gives advice. It’s great to be following on from someone who has done so much for single malt, and it puts me in a great position as I’m learning from the best. Bill’s influence has been very much on how to find great casks, how to tell a great mature sample from a good one, and further enhancing my sensory skills.”

However, McCarron is acutely aware of the size of the boots he is preparing to fill. “It puts the pressure on as no doubt some people will not like the idea of Bill ever leaving, but I look forward to the challenge. I’ve already made a some of the new Ardbeg and Glenmorangie whiskies that have been launched – under Bill’s supervision, of course – and every time that I have put a whisky I’ve made in front of Dr Bill he’s loved it. So it’s going well so far.” 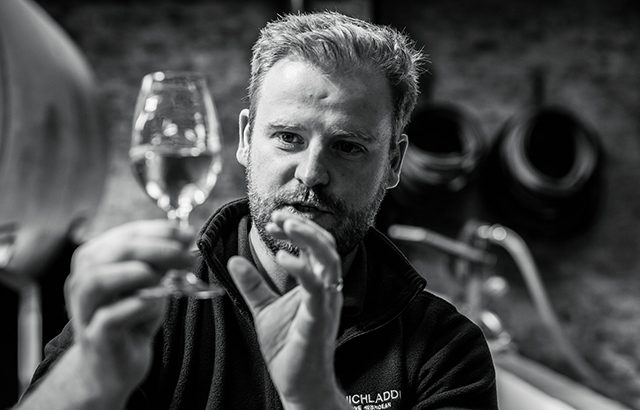 Adam Hannett’s career has taken him from tour guide to master distiller of Islay’s trailblazing Bruichladdich distillery. He met the site’s charismatic and long-­standing master distiller Jim McEwan on his very first day there.

“I went up to his office and he explained what he expected from someone who would be representing the distillery,” he remembers. “He told me the story of the distillery, and immediately I was hooked. To see someone who had given up an amazing career at Bowmore to basically start with zero at Bruichladdich because he had the passion to do it and to make whisky in the style that he wanted to ignited a passion in me to follow in his footsteps.”

Working with McEwan in the warehouses, Hannett caught the eye of the master distiller. “I learnt how the skills of mashing and distillation, and basically worked as hard as I could, until one day when Jim was thinking about retiring he took me under his wing and taught me the process of blending. He taught me a couple of secrets about making whisky.”

And the influence of McEwan didn’t stop at whisky making, but extended into life and marketing lessons. “A lot of the things that Jim taught me was how to conduct yourself as a person, how to do things honestly, how to do things right.

“We always have that integrity in everything that we do, and I think it’s very, very important to have passion. I think that’s got me to where I am today.”