The Italian spirits renaissance has been boosted by an unstoppable orange wave. But there’s much more to Italy’s diverse and rapidly advancing drinks scene than the aperitivo. 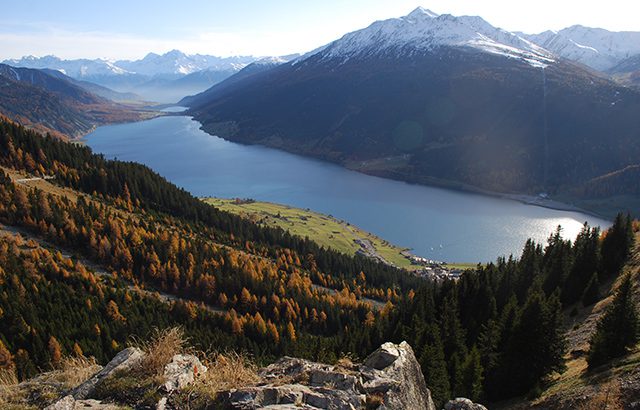 The Italians are generous hosts to a fault, as anyone who has done business in the country will testify. Invariably, there will be a dinner in a local restaurant, which, particularly in the north of the country, may well be concluded with a glass of grappa. In days gone by, the sound of the grappa trolley rattling its way slowly towards the table could induce fear among guests facing the prospect of having to swallow some obscure and fiery paint-stripper-­like spirit distilled in the mountains.

Well, banish such outmoded thoughts, for there is a new generation of distillers in Italy determined to prove that today’s grappa is a sophisticated, quality spirit. Much like Highland whisky, it has come a long way from its original purpose of providing much­-needed warmth against the bitter cold of the mountains. Un-aged grappa can be as mixable as gin, while maturation in wood can give it the supple complexity of a fine single malt.

One of the new disciples is Martina Bosetti Bertagnoli, who, four years ago, became the fifth generation to join the family­-run Distilleria Bertagnolli in Trentino. “It is true that grappa had a slightly old-fashioned image 20 years ago, when it was drunk mostly by older men,” she says. “But nowadays the distilling process has been really refined and enhanced with the aim of producing something really feminine, elegant, and smooth.”

In her case, she says: “We distill only fresh pomace, and we can do small quantities of 500-­600 kilos at a time. The pomace is gently heated up with steam and this preserves the aromatics in the grapes.”

The distillery abides by Trentino DOC rules, which state the pomace must be distilled within the year of the harvest. A recent trend has been the growth of barrel­-aged grappa riserva, which has a mellow character that is helping to convert drinkers in southern Italy. “Our aged grappas are seeing demand in Sardinia, Sicily and Puglia,” says Bosetti Bertagnoli.

Sandro Bottega, of the eponymous wine and grappa producer in the Veneto, says: “Today’s grappa is a genuine product, softer and less alcoholic than in the past.” He believes Bottega’s decision to bottle at an average 38% abv helps to preserve the aromas in the grapes.

Beyond grappa’s traditional role as an after-­dinner drink, Bottega has been busy promoting other occasions, such as ‘on the rocks’ for summer drinking, or with food, having recently re-­issued its Spirit of Life cookbook of more than 60 recipes. And, like many producers, Bottega is keen to talk of the drink’s cocktail potential. There is even a Bottega YouTube channel showing eminent Italian mixologists strutting their stuff with grappa.

Bosetti Bertagnoli is one of five younger producers who have banded together to promote a more youthful image of the spirit. They have released a small cocktail book, featuring serves with grappa, Tequila and gin, she explains. She has been on the road chatting to bartenders, and says: “When I tell them about using grappa as an ingredient, they say ‘wow, I’d never have thought of that’.”

Sprinkling a few drops into a G&T or a Bloody Mary won’t do much for volumes, but it gives the spirit a fresher, more urban feel, away from its roots as a rustic digestivo, or something to spike your coffee with in a caffè corretto.

At June’s Franciacorta Festival, Distillerie Franciacorta offered its un-aged grappa Chardonnay with mint and lime, and a barriqued version with local rosé and strawberries. This fifth-­generation family firm is the leading player in Italy by volume, with a €29 million (US$32m) turnover in 2016, up by 6% on the previous year, according to communications director Anna Gozio. She explains that the company has two distinct lines. The first is Borgo Antico San Vitale, named after its second distillery and kept for the on­-trade. Its expressions include Amarone, Brunello and Barolo, made from the pomace of these grandees of Italian red wines.

The other line is kept for the off-­trade, and includes a wide range of mono-­varietal and blended grappas. It is “in 90% of the big chains”, claims Gozio. Having full national distribution helps promote the idea of grappa as a pan-­Italian spirit, and not just one for the north. The more visible it is to tourists visiting cities such as Rome, Venice and Florence, the more it will help exports. As Bosetti Bertagnoli says, 80% of exported grappa goes to Germany. Beyond lies a huge land of opportunity.

“Yes, there’s a big job to do on exports,” says Gozio, who is eyeing up the US, where the company already has a strong base with its amaretto. For now, grappa has a following among the Italian diaspora from Buenos Aires to Melbourne and Manhattan.

Often it takes refuge under the comfort blanket of the neighbourhood Italian restaurant, and this tends to perpetuate the drink’s dusty image abroad. But if grappa can seduce Italian bartenders at home then send them abroad to spread the word, it could secure a real presence in the modern on-­trade.

Carpenè Malvolti is clearly best known for pioneering Prosecco in the late 19th century, but the firm has been distilling spirits since it was founded in 1868. Its portfolio includes a grappa di Prosecco, a grappa bianca, and a grappa riserva, alongside a range of brandies. “It’s true that grappa is an ancient spirit, but in the most noble sense of the word,” says a spokeswoman. “Today, it’s our flagship distillate.”

The Italians certainly have a long history of distilling, as Elwyn Gladstone, head of New York-­based drinks group Biggar & Leith, explains: “The world’s first ever mention of gin was in Italy in 1050, when monks on the Amalfi coast distilled a spirit from juniper, or ginepro, as they say in Italy, and that’s one theory where the word ‘gin’ comes from.”

Suitably inspired, Gladstone launched Malfy Gin last year, which is distilled near Turin, with botanicals including Italian juniper and lemons from Amalfi. With its citrus flavour and less pine essence character of a classic London Dry gin, Malfy Gin has gone down well in the US and Spain, says Gladstone.

“I would think a lot of people making grappa have probably been thinking ‘let’s try and make gin’,” he says, putting the number of Italian gin brands at “maybe 10 or 15”. If true, the country’s craft gin boom is not quite on a UK scale, but it seems the G&T is catching on.

However, many producers have yet to embrace other spirits. With their stills in place, it would be easy enough to produce a Tuscan vodka or a Sardinian rum, but there would be nothing inherently Italian about them. “I think grappa is obviously our core business, but who knows?” says Bosetti Bertagnoli. “It could be really interesting to widen our portfolio of products, but then you have to structure your company to manage them. The trade channels wouldn’t be the same as grappa. In Italy we obviously couldn’t use the same sales agents to promote a gin, for example, which is sold mainly in bars and nightclubs.”

Meanwhile, Distillerie Franciacorta has produced a grappa aged in barrels perfumed with peat smoke, and has been pondering whether to go one step further and produce a peated whisky.

The first Italian whisky was released in 2015 by the Puni distillery in Alto Adige, close to the border with Switzerland. Brand ambassador Julia Pedross recalls the story of how Albrecht Ebensberger, a local house builder, “became fascinated with aqua vitae during a sommelier course in the early 1990s. After years of study, trips to Scotland and many tastings to explore the wide range of whiskies, he laid the foundation stone for the Puni distillery in 2010”.

She adds: “And we are still the only whisky distillery in Italy.” The company has followed Scotch whisky rules in terms of a minimum three years’ ageing in oak, and bottles its three expressions at the slightly higher strength of 43% abv. Puni Nova is matured in Bourbon barrels, Puni Alba in a mix of Marsala and Islay casks, while Puni Nero spends four years in local wine casks that were previously used for Pinot Noir.

The distillery may lie in an Alpine valley that is dubbed ‘the Highlands of Italy’, and its pot stills may come from Forsyth’s in Rothes, in Scotland’s Speyside, but the two­-tone bottle design is strikingly modern, with not a hint of wild deer or misty mountains on the label.

As to whether others will follow, Pedross says: “We hope ours is just the beginning of a project that, thanks to other serious producers, will one day give birth to a real tradition of Italian whisky.”

All Puni needs now is for Jim Murray to proclaim it ‘World Whisky of the Year’ in his next Whisky Bible. Stranger things have happened.