For whisky geeks the world over, the wait is over – a new World Whisky of the Year has been named by Jim Murray. Here are the other expressions that have secured top accolades in the Whisky Bible 2018.

The Whisky Bible 2018 landed last week, revealing that an innovative four-grain Bourbon from the Buffalo Trace Distillery had claimed the top spot.

“Nothing could match the astonishing beauty of its surprisingly delicate weight and complexity combined,” Murray said of the champion dram. “It was though time stood still in the tasting room; I just knew…”

Now in its 15th year, Murray’s Whisky Bible is said to be the most comprehensive and thoroughly researched series of whisky tasting notes and scores. The 2018 edition contains tasting notes for more than 4,600 whiskies.

Click through to discover the top three World’s Best Whiskies of 2018, as well the the regional winners. 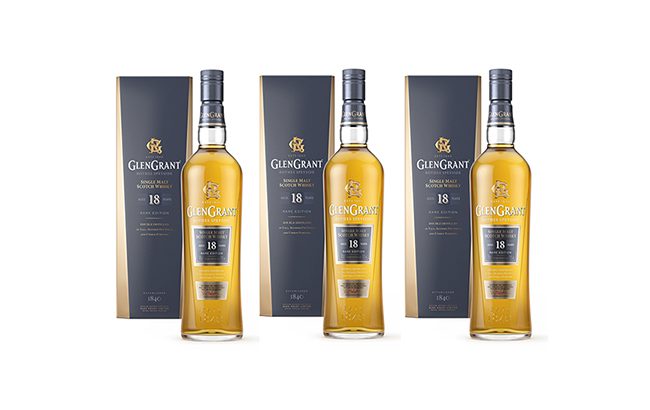 Dropping from second to third place, but still highly regarded with 97 out of 100 points, this Speyside malt remains a favourite of Murray. On the nose it has “hints of baking spices”, and on the palate there is “malty caramel, delicate, dried raisins and vanilla”. There is a long sweet finish with notes of spice and nuts. 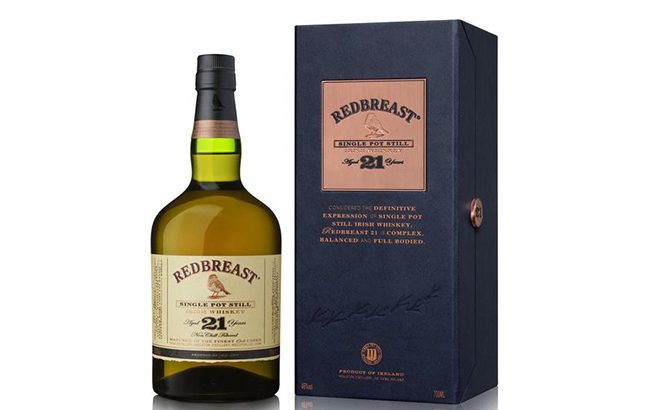 Marking only the second time that an Irish whiskey has entered Whisky Bible’s top three, Murray awarded 97 out of 100 points to Redbreast Aged 21 Years. Murray praised the pure pot still expression for having one of the planet’s “most wonderful noses”, which helps make it “one of the world’s most beautiful and iconic whisk(e)ys”. 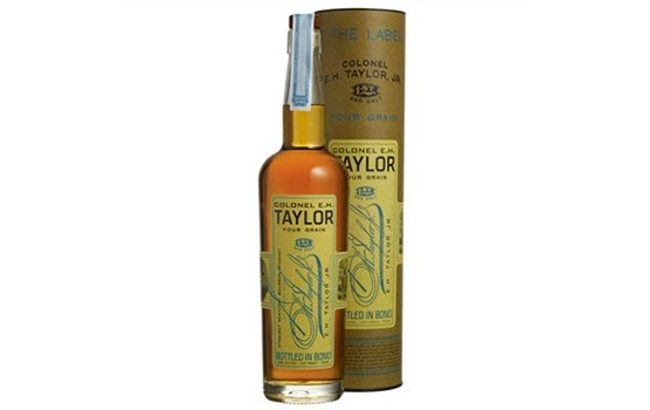 Awarded the first place spot was Colonel EH Taylor 4 Grain Bottled in Bond Aged 12 Years. The whisky scored an impressive 97.5 out of 100. Murray was captivated, saying: “Nothing could match the astonishing beauty of its surprisingly delicate weight and complexity combined. It was though time stood still in the tasting room; I just knew…”

The expression features all four grains that Bourbon makers used in the 19th century – malted barley, wheat, corn and rye.

The award coincides with the recent discovery of the remains of Colonel Taylor’s O.F.C distillery, which burnt down on the same spot where the current distillery stands in 1872.

Buffalo Trace president Mark Brown said: “We are beyond excited.”

Click through the following pages to see the regional winners named in the Whisky Bible 2018. 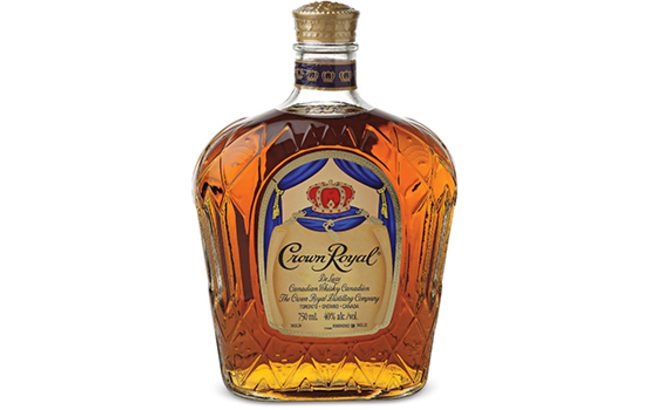 Crown Royal Northern Harvest Rye swiped the World Whisky of the Year award in the Whisky Bible 2016. Murray said at the time of the announcement:

“The quality of Canadian has been disappointing me for some time with too many non-whisky products, like fruit juice or wine, being added to give a softer flavour. Then Crown Royal Northern Harvest pops up out of nowhere and changes the game. I think other distillers out there have to have a close look at this and see if they can at least have a go at reaching where this new bar has been set. Otherwise the name of Canadian whisky will continue to decline against the high standards being set in other countries.” 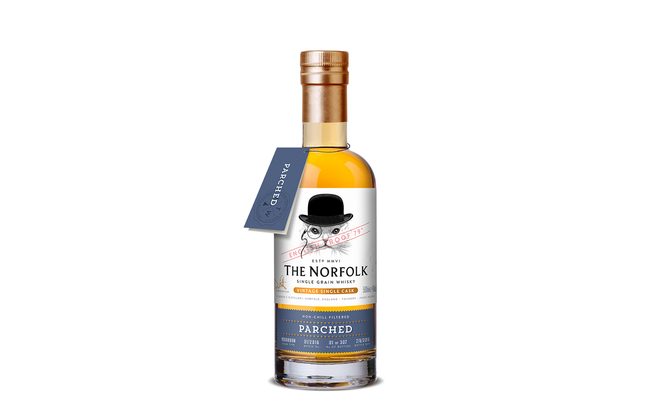 With 45% abv, it was The Norfolk Parched that tickled Murray’s fancy sufficiently enough for it to be awarded the top spot in European whisky, beating off rivals from Scandinavia, Scotland and Ireland.

The English whisky is said to have a complex palate, with notes brandy snap biscuits, popcorn and vanilla all featuring. On the nose, there are notes of peaches, grapefruit, aniseed, cloves and cinnamon. 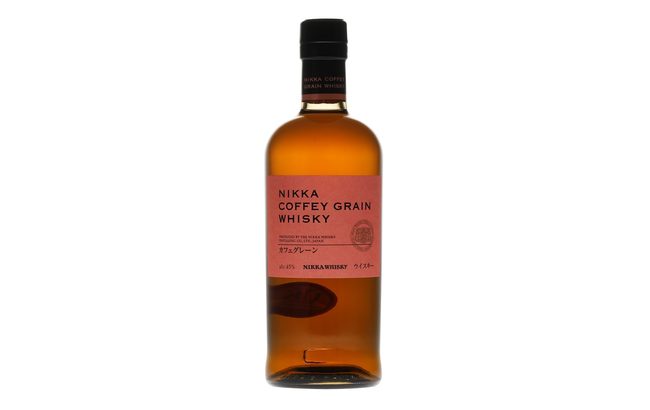 Nikka has scooped the Bible‘s Japanese Whisky of the Year award with its Nikka Coffey Malt Whisky.

It is described as having scents of “candied lemon peel and rich cake spices” leading into a dense, textured mouthfeel with cinnamon, clove and citrus blending on the palate. The finish is a blend of spices, rich oak and oranges and lemons.

The expression uses corn that has been distilled in Nikka’s continuous Coffey still. 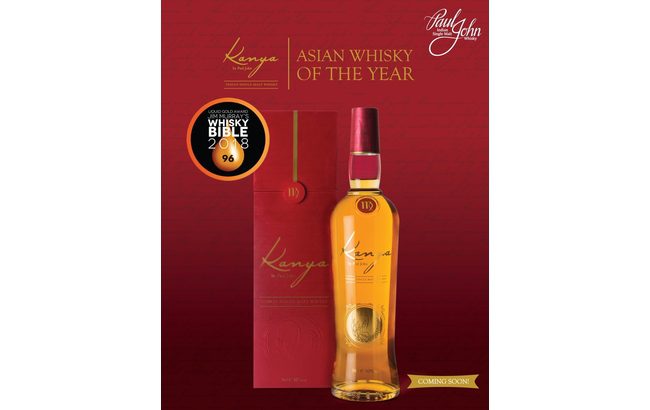 When it come to Asian whiskies, it was India that was awarded the top prize this year, with Paul John Kanya impressing Murray more than the others.

Kanya is unpeated and released at 50% abv. It has been described as having a rich palate that is “full bodied without being overpowering”. 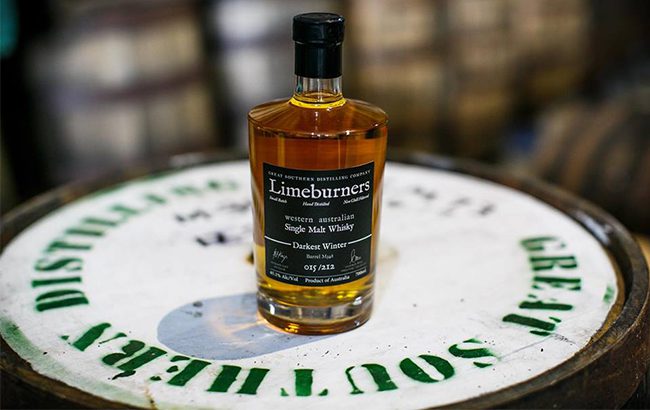 Hailing from Albany, Western Australia, Limeburners Darkest Winter was given the award for the Southern Hemisphere Whisky of the year.

The peat used is collected by hand from nearby Valley of the Giants, allowing the barley to be smoked extensively to produce a heavier whisky. Matured in an ex-Bourbon American Oak cask, a splash of water in the glass will unlock “intense complex smokey aromas”.