Brexit could have ‘positive impact’ on spirits in TR

When the UK leaves the EU, will duty-free shopping be reintroduced? The Spirits Business talks to industry insiders who are preparing for that eventuality. 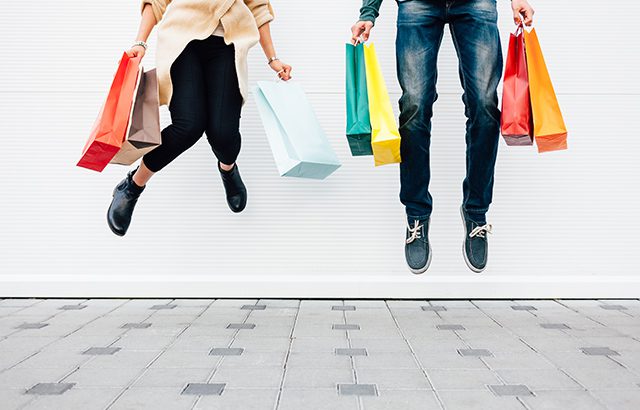 On 1 July 1999, one of the most important markets for spirits experienced a dramatic and immediate change. When duty-­free shopping within the EU was abolished 18 years ago, a new term quickly emerged for stores based at international airports, seaports and train stations: travel retail.

An original agreement to cease duty­-free trading in the EU was taken in 1992, but the law was enforced seven years later to allow for an “adjustment” period. The ban came into effect following a protracted battle from duty free stakeholders, who argued that it would lead to an unprecedented number of job losses in the industry and hit sales for both retailers and brands.

The industry fought hard to extend the period of duty free availability, but couldn’t garner the political support it needed. “We lost a hell of a lot of money, let’s face it,” says Keith Spinks, secretary general of the European Travel Retail Confederation (ETRC). “There was a substantial loss of trade.”

Suddenly, the well­-known British practice of hopping across the Channel to France or Ireland to stock up on duty-­free goods was gone. As Spinks says: “The maritime trade between the UK and Ireland and the UK and France was decimated – there’s no real business there anymore. There’s still retail on board ferries, but in the past we used to have the daily crossings where people would go across on foot, have lunch in Calais and then buy duty free on the way back to the UK. That disappeared, and it was a substantial amount of business.”

Despite this hard blow, the industry was presented with an opportunity – if a less lucrative one. Today, consumers are able to take advantage of the price differential within the EU, particularly between the south and north, where domestic excise duties and VAT can vary dramatically.

“The business has evolved; the industry is good at evolving and it is still worth something close to €17 billion (US$20bn) a year in Europe, so it’s still a very valuable business,” says Spinks. “However, now Brexit offers an opportunity.”

Indeed, when the UK exits the European Union on 29 March 2019, it becomes a ‘third country’. Under current EU law, European travellers can take advantage of duty-­free sales if they travel to a third country – that is, a country outside of its 28 member states. The ETRC is now seeking to confirm the return of duty­-free sales for travellers between the UK and the EU immediately after Brexit. However, the move will not be plain sailing: the ETRC and its UK partner – the UK Travel Retail Forum – are lobbying for a change to UK law that would allow travellers from the UK to EU to “have the same rights” as those travellers from the EU to the UK. “Because of the way legislation is written in the UK, we will need to change UK legislation,” clarifies Spinks.

The association is also seeking to ensure that EU legislation isn’t changed, and that the return of duty free to the UK is not delayed by Brexit negotiations.

A study is being undertaken to assess the financial impact of the duty-­free industry’s return to the UK economy. A similar study is being carried out on the impact it could have on the UK­-to­-Ireland route, according to Spinks. “[Our] initial contact in the UK and with a number of members states is very much along the lines of ‘this is a good idea’. We haven’t had any push-­back yet, but that may come as time goes on,” adds Spinks.

Resistance might come in the form of anti-­alcohol and anti-­tobacco non­-governmental organisations (NGOs), he says. “We need UK legislation to change as quickly as possible, because at the end of the day, the leading products in our business are, in many instances, controversial. We have a number of NGOs out there that don’t like cheap tobacco, don’t like cheap alcohol, and once they see the prospect of having duty-­free alcohol coming into the UK, and duty-­free alcohol coming from the UK to Europe, you can imagine people saying ‘this shouldn’t be happening, this isn’t good for health’. “We need to get agreements in principal before the NGOs that are anti-­alcohol and anti­-tobacco start making a lot of noise.”

Regarding brands, Spinks says ETRC has “very, very strong support” from the spirits industry in its lobbying efforts. “[Spirits brands] have different issues than other categories because in most countries they actually have single prices. Particularly when you look at premium and super­-premium brands, there’s not a lot of difference because the tax rates are such that you don’t have much tax differentials between duty paid and duty free.”

Nevertheless, a duty­-free environment could increase the number of shoppers, meaning more exposure and opportunities for higher-­end spirits. For Duncan Baldwin, regional director at Angus Dundee Distillers, there is a “great opportunity to create a duty-­free haven in the UK.” He adds: “It might make Heathrow, for example, a more attractive hub, where duty-­free prices are seen as far more attractive compared with EU prices.”

For Angus Dundee Distillers, such a move would “probably mean we would place greater emphasis on the travel­ retail sector compared with now”.

Despite the clear benefits, might the re­-establishment of a duty­-free market between the UK and EU negatively affect brands’ domestic businesses? According to André de Almeida, managing director of GTR at Loch Lomond Group, the rapid emergence of another channel is a more pressing concern.

“We believe that in relation to existing domestic UK/EU markets, the increase of online shopping via Amazon and other such consumer sites are more likely to act as a disrupting influence than the reintroduction of duty free between the UK and EU countries.”

For de Almeida, Brexit could have a “significant positive impact” on spirits in European TR as it has the “potential to change the mindset of consumers with regards to the value perception of the channel”.

He adds: “This is something that has been in perpetual decline and here lies an opportunity to shift the business. This change will also impact positively on other operators beyond airport retailers, such as ferries and cruise ships. However, in reality, the Brexit effect will not start to be realised until 2019/20 at the earliest.”

Drinks giant Diageo is also adopting a cautious approach to the opportunities presented by Brexit.

As Dayalan Nayager, managing director of global travel retail for Diageo, says: “No­-one knows exactly what’s going to happen – so are we preparing for a specific situation? No. But would we scenario­-plan and think about possibilities? Yes, definitely. Is it in our thinking that it could end up being duty free between the UK and the rest of Europe? Yes.”