Beam Suntory has released an 18-year-old version of its Yamazaki Japanese whisky brand that has been aged exclusively in mizunara oak barrels. 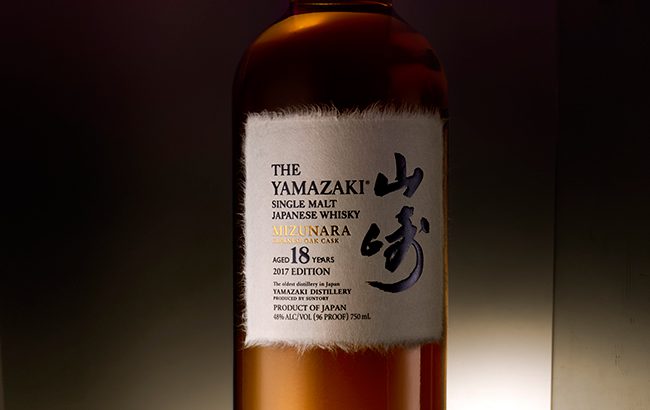 The limited edition whisky, priced US$1,000, is described as a “momentous step forward in whisky-making” with its use of rare mizunara oak

In order to create the expression, Suntory’s chief blender Shinji Fukuyo tasted a hundreds of mizunara-matured whiskies and selected casks with varying ages.

“I wanted to reveal the whisky’s soul that is the ‘art of mizunara’ – a heightened sense and awakened palate engaged through aromas and flavours never known before. Encountering it should be a moment of epiphany,” said Fukuyo.

Yamazaki Mizunara Cask 2017 Edition has been bottled at 48% abv and is said to have a “silky texture” and “condensed sweetness” with additional flavours of dry fruits, coconut and orange marmalade.

Towards the end of last year, a first edition Yamazaki 50-year-old single malt smashed the world record price for a standard-sized bottle of whisky sold at auction.