Highland distillery Tomatin has launched the third expression in its Five Virtues series, a peated whisky inspired by earth. 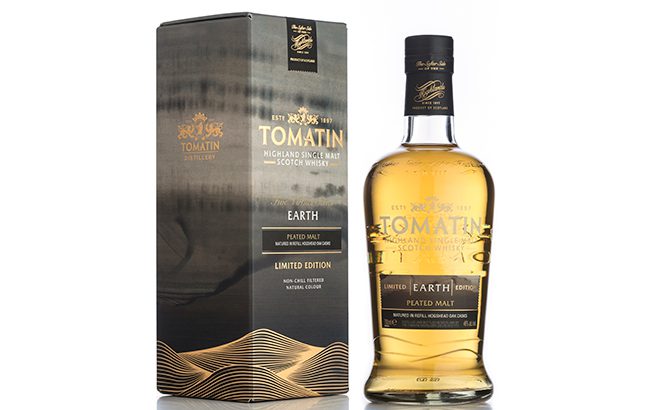 The Wood and Fire expressions were released earlier this year, and have now been followed by Tomatin Earth, which has been made using peat-dried malted barley.

“The Earth expression is unique within the Five Virtues series – and indeed our entire range of single malts – because of its peaty profile,” said Graham Eunson, manager of the Tomatin Distillery.

“We only distill with peated barley for two weeks of every year and this spirit is never usually released under the Tomatin brand name.”

The Five Virtues range is packaged in cartons featuring contemporary art by Eva Ullrich. To mark the launch of the new Earth expression, Tomatin will exhibit all five paintings by Eva Ullrich in a gallery within the distillery’s still house.

Tomatin Earth will launch at The Whisky Exchange Show in London this weekend.