While gin and vodka are adaptable favourites when it comes to cocktails, Scotch lies in the doldrums. The Spirits Business asks Bramble’s Mike Aikman, Dandelyan’s Ryan Chetiyawardana and Bacardi’s Georgie Bell what it needs to do to become a bar star. 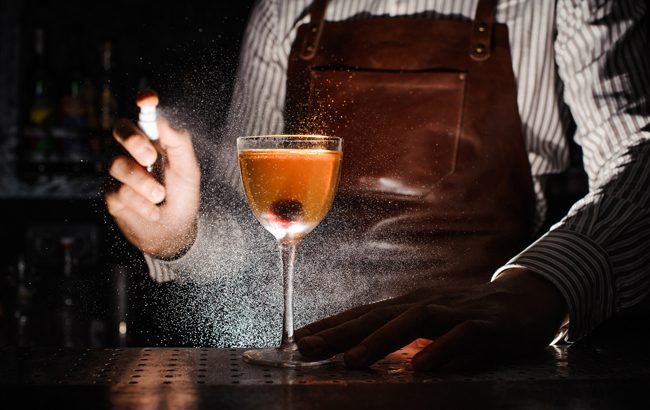 At the latest edition of Tales of the Cocktail’s roadshow, Tales on Tour, which this year landed in Edinburgh, esteemed bar luminaries Ryan Chetiyawardana, Mike Aikman and Tom Walker joined host Georgie Bell, Bacardi’s global malts ambassador, in presenting Drambusters: Why Scotch Belongs in Cocktails. The seminar denounced the category’s under­-representation in drinks, and attempted to empower the bar community to champion the spirit beyond tired classics such as the Blood and Sand, Rob Roy and Penicillin.

“[As a category] we’re very lucky because all of our brands have got incredible heritage, great authenticity, provenance. They tick all of those boxes, every single one of them,” says Bell. Fresh from a trip to Las Vegas, she tells me about a whisky demonstration she hosted there. “The whiskies we were tasting were actually older than Vegas!” While respecting these traits is important, she explains, it shouldn’t be a barrier. “Imagine if you bought a Ferrari, and then you were too scared about driving it so you just left it in the garage?” Bell hypothesises. “Be mindful of the fact that, yes whisky does have huge authenticity, but don’t make that a boundary to not using it.”

Indeed, Scotch whisky is not the only spirit that has, at times, become a victim of its own success behind the bar. Promoting the spirit beyond its conventional function of injecting smoke, wood or spice flavours into a cocktail is an issue that resonates with the entire dark spirits sector. Cognac too has arguably missed the mark, by and large failing to adapt to today’s trends.

“They’re two of the most rigorously governed spirits categories,” Aikman says. He points to gin and rum as counter­-examples. “They can pretty much make what they want within certain reasons and label it gin or rum – even to the extent that gin is supposed to predominantly taste of juniper, and now we’re seeing gins that don’t – whereas the Scotch whisky industry has the Scotch Whisky Association looking over its shoulder, making sure things are done properly, possibly to its detriment. I think there’s a similar situation with the Cognac industry.”

These tight regulations concerning production processes, ingredients and labelling have almost served to put the categories on a pedestal. Aikman continues: “People within the industry then argue that these things have been aged in dark warehouses for 20, 30, 40 years, and you’re going to put them in a cocktail and you shouldn’t.” 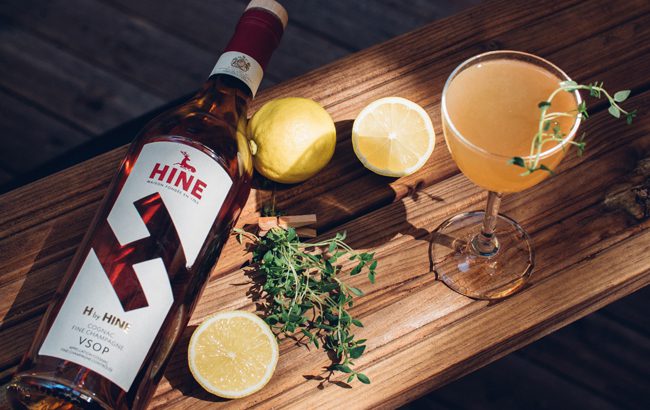 While some brands are trying to “push the envelope”, there are many other more traditional brands that are “stuck in the Dark Ages”. He adds: “By thinking, ‘we spent all this time and money making this product, it’s a finished article, it doesn’t need to go in cocktails’, they’re missing a trick. They could do a lot of volume through even just one of their expressions being used in cocktails.”

Chetiyawardana concurs: “There’s a two­-sided nature in our industry in general, particularly in the way people talk about dark spirits being accessible but then marketing them as super­-precious.”

Ironically, this “dual conversation” is resulting in over-simplification of the categories. “People say, ‘oh it’s Scotch or Cognac or dark rum’ and try to flow them into standard formulae,” he says. “You can kind of make it work – it’s not like it tastes disgusting when you appropriate another cocktail recipe and sub in a Scotch, but it becomes generic.” Using this one­-size-fits­-all format for spirits that have precise flavour notes means nobody wins. Chetiyawardana adds: “In a way it’s kind of insulting to the bartender, and in other ways the bartenders are being insulting to the spirit, because both parties are doing it really generically.”

Consider how production processes, terroir, grain and grape strains and barrels have evolved in the past 100 years, and it’s no surprise these classic recipes seem outdated. “The Cognac of today is not the Cognac of the times when those recipes were produced,” he adds. “Tradition is great, but don’t completely bind yourself by it – it’s amazing to be able to celebrate those things of the past, but if it’s not working [with] a modern palate or a modern spirit then don’t force the agenda.”

So what is the answer? “It’s partly about being a little bit less precious on the producer’s side, but it’s also about giving more information such as a specific set of flavours that are unique to the brand or a certain bit of heritage,” Chetiyawardana says. “[Producers should say]: ‘These are the flavours in this VS, or this XO, or this unique mark, what would you do to be able to highlight those? More information, but be less didactic about it.”

One Cognac brand shining a light on the terroir of today is Hine. “Education is the key in the Cognac category, where terroir matters strongly, especially for a house like Hine, focusing solely on Grande and Petite Champagne,” says Marie­-Emmanuelle Febvret, Hine marketing and communications manager. “We strive to offer expressions that focus on the very essence of our vineyard, through single-­estate cuvées and single vintages.” She lists red peppercorn infusions, fresh fig barrel-­ageing, and even fat­-washing with goat’s cheese and grasshoppers as bartenders’ innovations, adding: “It matters a lot to us to see H by Hine as a solid base for creativity.”

Flexibility and championing bartenders’ skills is crucial in changing this status quo, Chetiyawardana says, as is evolving “horribly outdated” and “damaging” advertising – particularly in the Scotch whisky category. “Advertising is a key thing, because it’s setting the tone about what the whisky is about,” he explains, citing the default “sexist, old school, by the fire­-led” imagery. “It’s meant that Scotch is losing shelf space to other whiskies, let alone other spirits, and it’s not being used as much. People aren’t engaged with it and it’s not getting into any new hands, it’s just ending up with the same people over and over again.”

Bell agrees and says it’s about staying ahead of the curve. “The Scotch industry needs to stop advertising the same way as in the past – no more pin­up models!” she explains. This goes hand in hand with perceptibility. “The more visible the brands are, the more that people will want to order them, and the more bartenders will think about how they can be creative around them,” she says. Reacting to changing trends is also key to progression. “At the moment we see trends like sustainability and genderless marketing and the rise of the third space. What’s going to be the next big thing, and how can we be part of that?”

Dark spirits could also stand to learn a trick or two from speed­-rail staple gin. While much of the innovation we’re seeing is the consequence of a saturated market, says Aikman, with brands vying for a unique selling point – whether that be a unique botanical or glassware or garnish or mixer – such creativity has been nothing short of radical for gin’s success.

“People are coming across things they might not have discovered if it wasn’t for this forced innovation,” he explains. “In the Scotch and Cognac industries there’s not such a need to do that – so they’re being a bit more lackadaisical about trying to find unique serves and looking at different garnishes and glassware that would match well with them and their company’s ethos.” 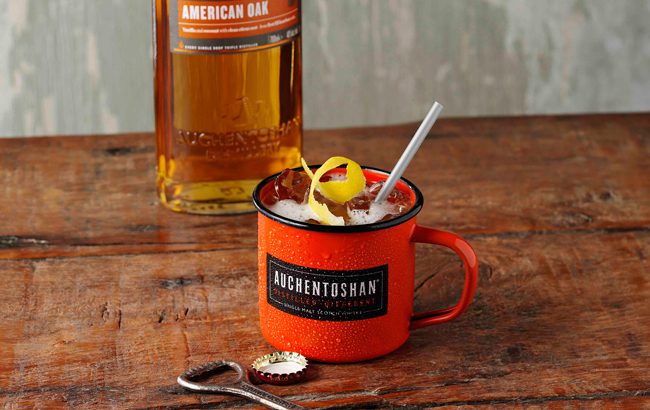 One Scotch whisky rejecting the easy road and channelling the successes of its lighter cousins is Auchentoshan. The brand recently launched its signature Auchentoshan & Ale long drink, which sees the spirit shaken over ice with jam, fresh lemon juice, gomme bitters and topped up with a beer of choice to “give bartenders the freedom to be creative and the option to tailor drinks to their customer’s preferences”.

“We always have our eye on other categories and how they’re being marketed in the on­-trade,” says David Miles, Auchentoshan brand ambassador, Mixxit UK. “The key thing we’re keen for bartenders to do with Scotch whisky is not be afraid to use it in something different as they would with the likes of gin. Scotch whisky works brilliantly in cocktails – play around with it and you can create some amazing flavours.”

So, could a signature highball be the next big thing for whisky brands? “I think the long drink thing is very interesting,” says Aikman. “If brands were to take that on board, every single whisky out there could have their own unique highball with different garnishes, bitters, glassware and different ice styles. There’s such a massive array of mixers, or even to the extent of adding a dash of cordial or using home­made ingredients – there’s a multitude of options.”