Relatively unknown in the UK and yet to crack the States, Negrita has broken the million-case barrier and has sales in more than 100 markets. The Spirits Business traces the story of the ‘friendly’ Caribbean rum.

Negrita and Johnnie Walker have little in common, you would imagine. One is an old Caribbean rum belonging to family­ owned French group La Martiniquaise, the other the world’s top­selling Scotch whisky and lifeblood of the mighty Diageo. Yet both brands share one trait.

They each have a strong personalised logo, be it the Striding Man or, in Negrita’s case, the head of a young black woman with a stripy headscarf, gold­hoop earrings and a chunky red necklace. Throughout France, her face, said to be one of the oldest images in the country’s advertising history, symbolises the Caribbean.

“It is a very strong brand in France,” says Marion Divaret, Negrita’s international brand manager. “It has been around forever and people remember it from their childhood.” Negrita is a distinctly aromatic rum, with a vanilla sweetness that is often sprinkled on crêpes, French patisserie, and pretty much anything flambéed. According to Divaret, France consumes 2.7 million litres of Negrita, about 30% of its total volume, either in cooking, as a traditional grog, or as hot punch.

The story starts in 1857 with Paul Bardinet, a young producer of liqueurs in Limoges. He began to take an interest in the crude cane sugar alcohol, then known as taffia, that had begun arriving by boat. Using oak casks to tame the raw spirit, and experimenting with different blends, he eventually hit on the right formula. The new rum took off in France and Spain, where an early billboard of a Caribbean girl with Madras ribbons in her hair prompted cries of ‘el ron de la Negrita’. The name was trademarked in 1886 and the image was later refined by the French illustrator Max Camis.

In 1895 Édouard Bardinet, Paul’s son, moved the business to Bordeaux to be closer to the rum­laden ships, and acquired a warehouse near the docks where he could blend and bottle the brand. Other rums, Scotch whiskies and brandies were added to the portfolio, but Negrita came to symbolise the Bardinet Group, which adopted the brand’s logo. It became part of La Martiniquaise in 1993.

Over the years, the image of the young woman evolved over time. A US ad from the 1930s, when the American importer was Schenley Imports, claimed Negrita was a blend of rums from Martinique in the Caribbean and the Isle de la Réunion in the Pacific Ocean. “The rich full body of the West Indies unites with the fragrant aroma of the East to create a softer, smoother rum… the matchless Rhum Negrita,” gushed the copywriter.

Today, all liquid used in the rum comes from the Caribbean. In 1973, the brand commissioned a poster from the famous French graphic artist Bernard Villemot, responsible for iconic images for Perrier, Air France and Orangina.

While the domestic Negrita Original uses pure cane sugar spirit, it also contains molasses, so it is not a classic rhum agricole, as some believe. A separate range, known as Signature, was developed for international markets five years ago with three styles – white, dark and spiced.

“The international version does not use rhum agricole, as these rums are all about being subtle and versatile enough to enjoy in a myriad of different cocktails,” says Divaret. She explains: “Because our positioning is all about being approachable and easy to use, the focus is on common cocktails that people are used to.”

Therefore, the main use for the white Negrita is in Mojitos, the dark is often found in Cuba Libre and the Spiced is kept for spiced rum and Coke. This year, a more complex variant, aged in Bourbon barrels – Negrita Añejo Reserve – was launched as “the ideal partner for the ultimate Old Fashioned”.

So is this an attempt to move the brand upmarket? Divaret sounds hesitant. “We see there is some premiumisation in the rum category,” she says, “and that it’s been happening later than other categories, but our aim is be accessible.” With this in mind, the current ad positions Negrita as the ‘friendly Caribbean’ rum.

In 2013, with sales in more than 100 markets, Negrita broke through the million­-case barrier for the first time. Its biggest export market is Spain, where it has an office. “We’re number two in Finland, and pretty strong in Scandinavia,” adds Divaret. “We also do some big volumes in Africa, in countries like Cameroon, Gabon and Congo, where people drink [the rum] in a very traditional way, by bringing it to weddings and ceremonies.” The Japanese apparently use it in cooking, like the French, while “in Cambodia Negrita is sold in pharmacies and drug stores”, says Divaret. “People buy it for women after they’ve delivered a baby to re­-energise them, apparently!”

That may well be an untapped market for Bacardi, Havana Club and Captain Morgan, but these huge, well-­funded brands must be awesome rivals. “Yes, we know we’ve got very strong competitors who are very active,” says Divaret. “Our positioning is about producing a high quality blend from the Caribbean that is a feel­ good rum. We want to capitalise on our friendly Caribbean proposition and be very laid­back about it.”

She believes La Martiniquaise has one advantage over the big corporate players, namely that its hands­-on family structure makes it more agile. Yet the brand icon that Divaret and her colleagues are so proud of has provoked some adverse comment online and mutterings of being ‘inappropriate’. Whether this is one reason Negrita remains unavailable in the US is unclear, but distribution is certainly an issue.

“For years we had trouble finding a good partner, but through whisky we’ve established good relations with distributors,” Divaret says. She would also love to break into the UK, where the company’s Bardinet brandy and Glen Moray single malt are well rooted.

Click through the following pages to see the timeline of Negrita’s brand history. 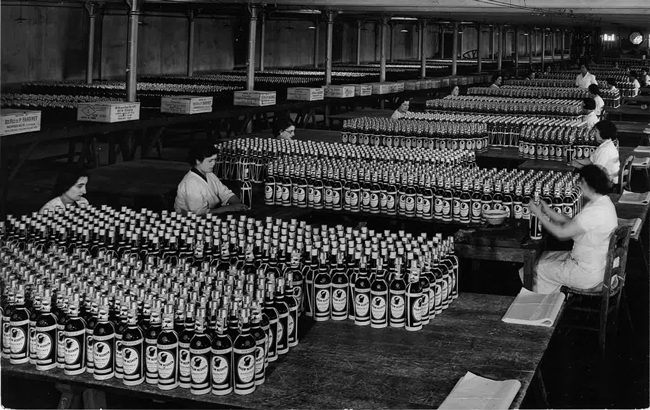 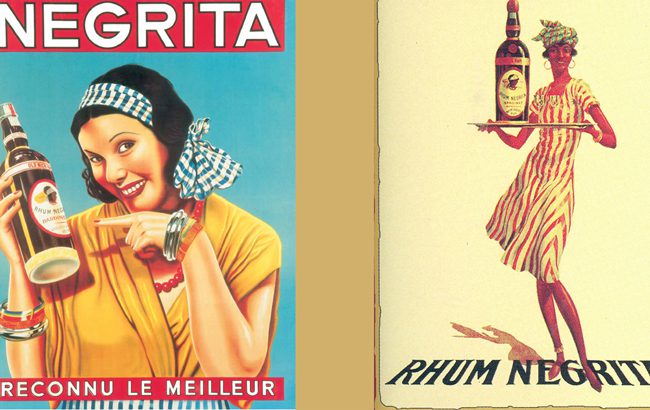 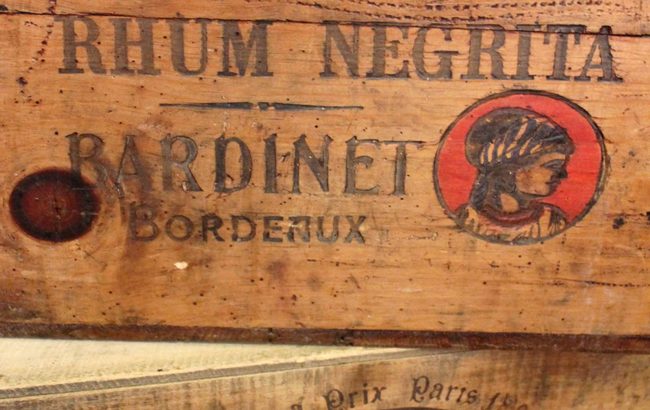