Actor Matthew McConaughey has directed his second television advertisement for Wild Turkey Bourbon as part of the continuation of the brand’s ‘It’ll Find You’ campaign. 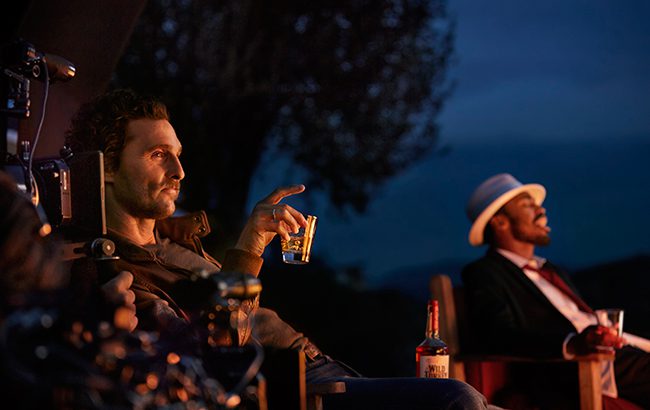 The Dallas Buyers Club and Interstellar actor was named creative director for Gruppo Campari-owned Wild Turkey in 2016 under a multi-year partnership. McConaughey made his directorial debut shortly afterwards.

McConaughey was brought on board to “reintroduce the world” to the brand through a series of television and digital advertising campaigns.

Created in partnership with J Walter Thompson New York, and shot on location in Southern California, the new commercial follows McConaughey down a lively cobblestone street as the song Testify plays. He then sits down to share a glass of Bourbon with Davie, the song’s performer.

“This new TV spot demonstrates the cool ease and authenticity of this brand,” said McConaughey.

Bob Kunze-Concewitz, CEO of Gruppo Campari, added: “Bringing Matthew into the Wild Turkey family was the best decision we could have made.

“He embodies the spirit of the brand and has introduced millions to the unwavering pride and quality of Wild Turkey. We think this new ad is a great visualisation of the Wild Turkey spirit.”

The advertisement is part of a global broadcast, print, and digital campaign. See the video in full below.