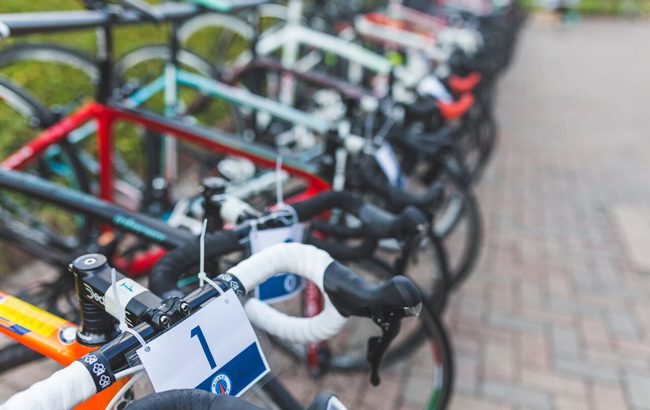 Titled Milano Torino, the event – which saw participants cycle 200 kilometres between two of Italy’s most iconic aperitivo cities – took place for the first time in 2016 and returned even bigger this year thanks to the partnership with Martini. 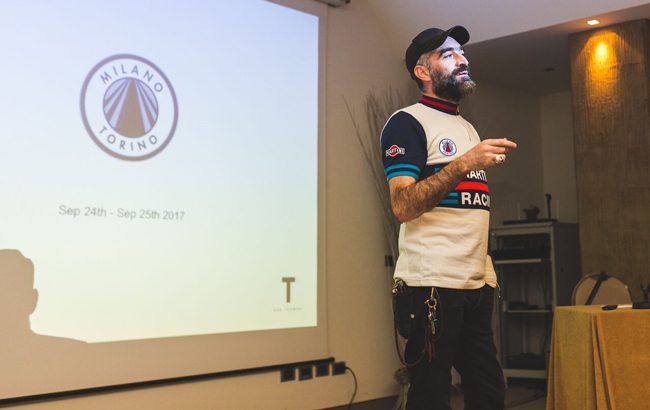 The charity bike race is the brainchild of Bar Termini owner and noted industry figure Tony Conigliaro, who is pictured here prepping competitors the night before the race. 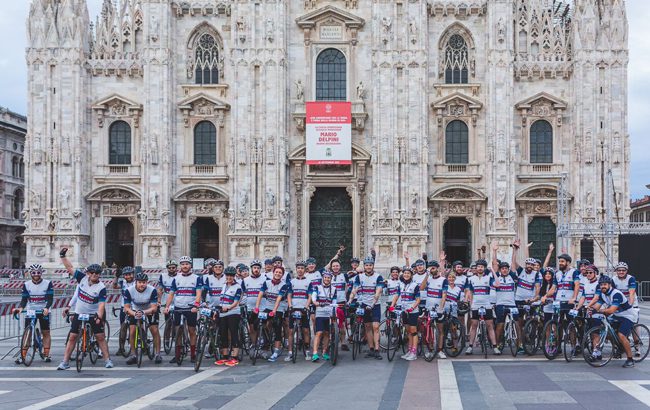 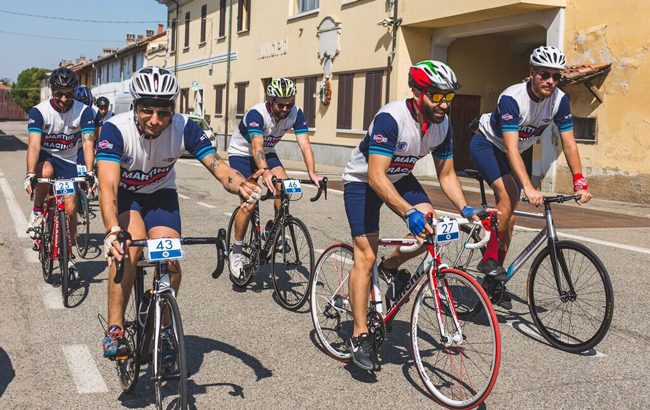 Martini’s long-held association with cycle racing began in Turin back in 1925 with the Gran Coppa Martini & Rossi race. As such, the weekend’s participants wore custom-made vintage cycling jerseys in Martini Racing colours.

The Bar Termini cycling team featured several staff from the venue’s two London venues in Soho and Marylebone – four of whom first undertook the challenge last year, pictured above.

Martini global ambassador Roberta Mariani and the entire team of European ambassadors joined the contingent to raise funds for Wine to Water – a charity dedicated to providing fresh water for those who need it most. 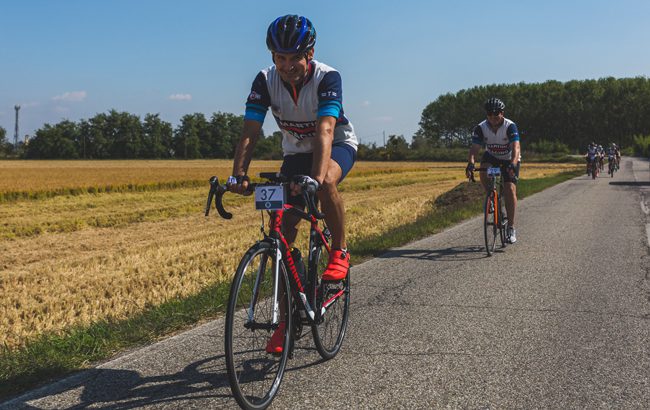 Martini also recruited a number of well-known bartenders from across Europe, including Erik Lorincz from The Savoy in London, Luca Missaglia from Aqua Shard in London, and Dean Callan and Hyacinthe Lescoët from Le Grands Verres in Paris. 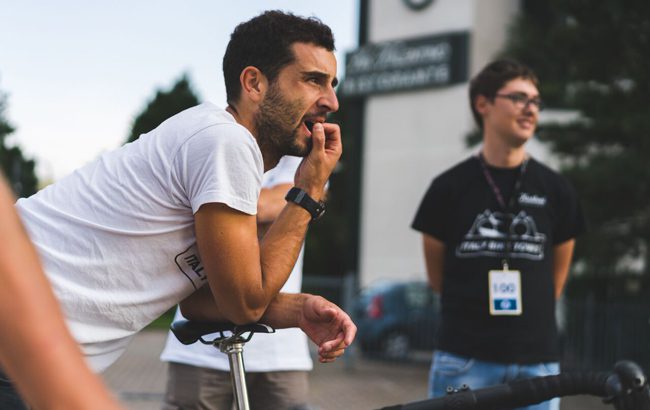 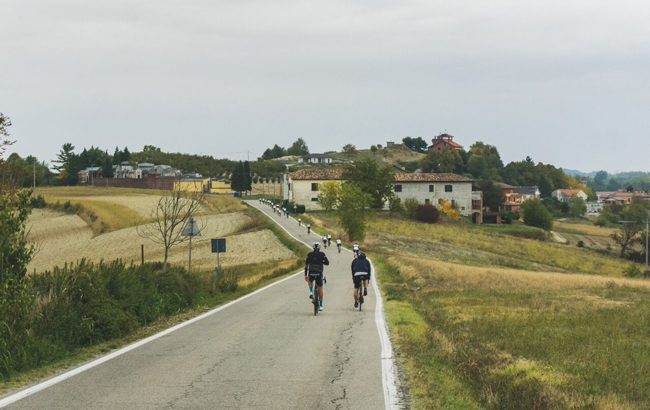 Despite some participants having little to no cycling experience, all 45 riders completed the entire first day – racking up 96 kilometers out of Milan and through the countryside to Casale Monferrato. 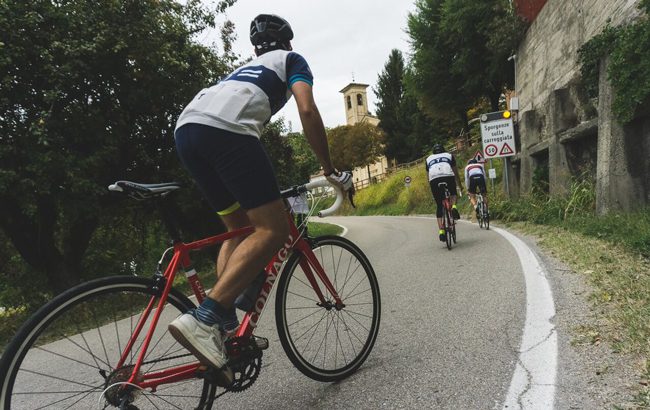 Day two presented a much bigger challenge for even the experienced riders, as the group continued through the hills of Martini sparkling wine country before arriving for lunch at Casa Martini in Pessione. 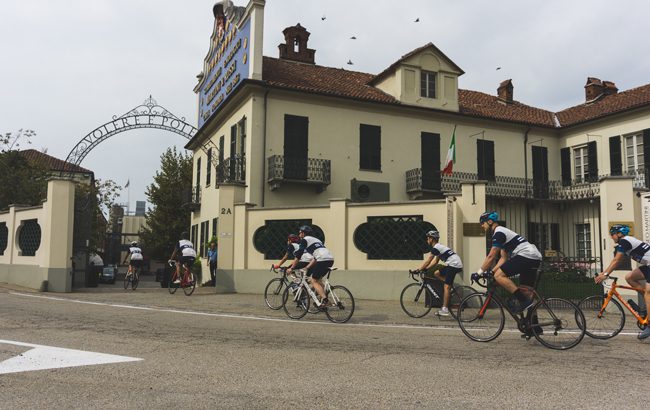 Here Beppe Musso, Martini’s master blender, was presented with a Milano Torino jersey, which he wore to ride with the group through the final stage of their journey towards Turin. 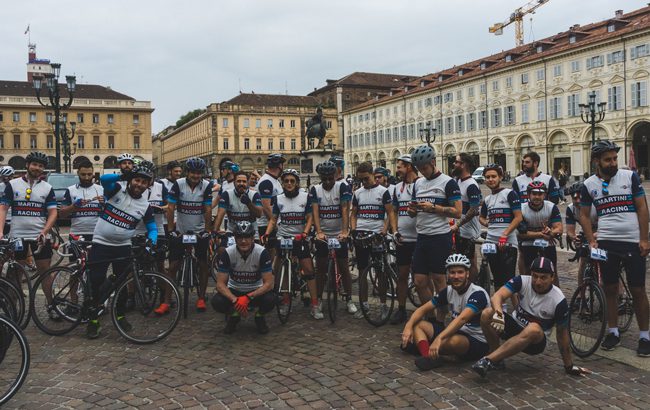 Exhausted but elated: The group completed the race in Turin’s Piazza San Carlo in time for a Martini aperitivo or two at Caffè Torino. 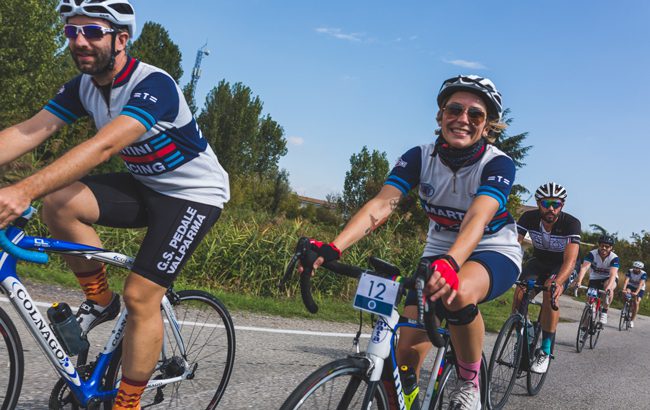 “It has been so inspiring to have many of our dedicated bartender friends give up their time and push themselves so hard with us for such worthy charities,” said Mariani, pictured above.” It was incredibly tough, with many hills and we have all been through pain getting here; at times I did not think I would make it, but we supported each other and arrive here as one team. By joining with Tony and his wonderful crew from Bar Termini to do this event, we are able to honour not only Martini Racing’s unique heritage supporting cycling, but also the talent, camaraderie and generosity of the bartending industry.”