Edrington has “stepped up the smoke profile” of its Highland Park single malt with the launch of Dragon Legend. 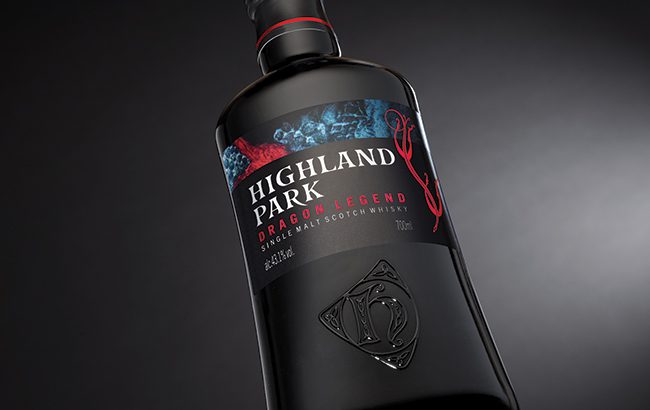 The expression uses a higher percentage of malt dried with Orkney peat than the core 12-year-old expression and has been matured in European and American Sherry seasoned casks.

It takes inspiration from the stories of the Vikings who ruled Orkney, home to the Highland Park distillery for more than 600 years, and was developed as part of the brand’s efforts to “offer consumers a new whisky to explore”.

“The result is Highland Park Dragon Legend, which is a step up in smoke profile from our core 12 Year Old, having used a higher percentage of malt dried with our local Orkney woodless peat,” said Jason R. Craig, brand director for Highland Park.

“This new whisky is still very much recognisable as a member of the Highland Park family with its key characteristics – from the use of both European and American sherry seasoned oak casks – of vanilla, warm spices complementing the richer aromatic peat smoke.”

Highland Park Dragon Legend (43.1% abv) is now available from Tesco stores across the UK at an RRP of £40. It will be released through other supermarkets from autumn 2017 onwards. For the next six months, the expression will only be available in the UK.

Earlier this year, Highland Park unveiled the first bottling in a special edition range inspired by Viking history at the same time as rebranding its 12-year-old and 18-year-old core expressions.