Single malt Scotch whisky distillery Glenmorangie has partnered with hardwood bicycle manufacturer Renovo to craft a set of bicycles made from the staves of ex-Bourbon casks, priced at £5,400.

This collaboration with Renovo – which designed the first engineered wooden bicycle more than a decade ago – is the second partnership in Glenmorangie’s Beyond the Cask series, which sees the casks in which the distillery’s signature single malt, The Original, is matured repurposed in innovative ways.

After the casks used by the distillery, the staves were shipped to Renovo’s workshop in Oregon, US, and kiln dried.

The hollow frame of each Glenmorangie Original bicycle is created from about 15 staves to reflect the curvature of the casks, as well as a small proportion of dark sapele wood.

The bicycle is then given a durable coating, decorated with Glenmorangie’s Signet icon and individually numbered. 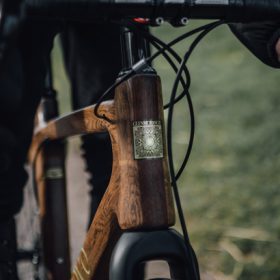 “This pioneering collaboration with Renovo brings new life to the casks which inspire our whisky. Each one of these limited-edition bicycles is a fitting celebration of our expertise in wood and shared passion for creativity.”

The frames, which take more than 20 hours to create, vary in size to accommodate different riders and weigh around 18lb (8.1kg).

“We are so excited to be working with Glenmorangie, a distillery with which we feel such affinity,” added Renovo founder, Ken Wheeler.

“Renovo is dedicated to honouring wood in the creation of our bicycles, engineered to perfection for a smoother ride. These beautiful machines, uniquely fashioned from Glenmorangie’s staves, will inspire anyone with a taste for innovation.” 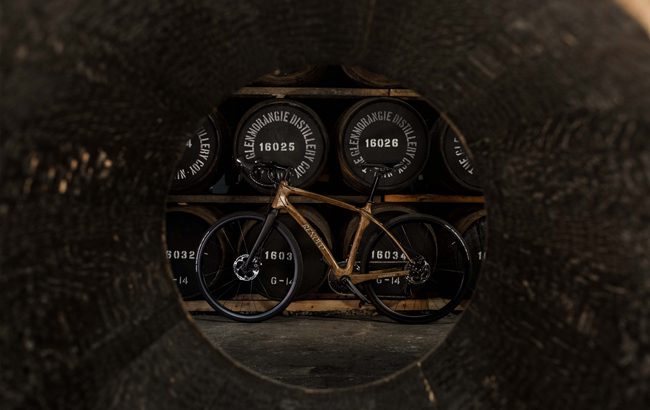