Courvoisier is attempting to enhance innovation in Cognac and appeal to Scotch whisky fans by moving into cask finishing with the launch of a new range. 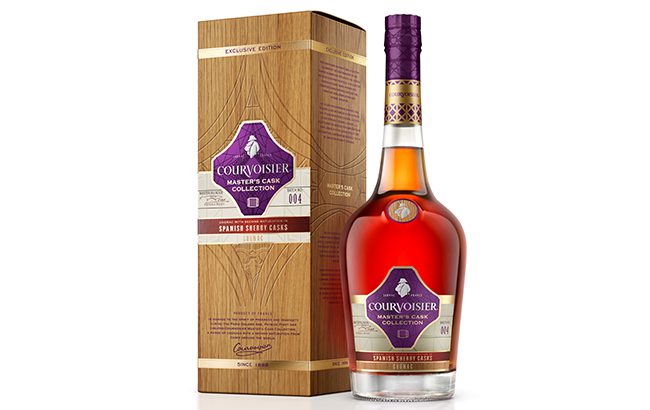 The first launch in the range is Courvoisier Sherry Cask Finish, which has been finished for four to six months in PX Sherry casks, with the finishing length depending on the individual batch of Cognac.

With an aim to “shake up the Cognac category”, the release marks the first time a major Cognac house has released a cask finished expression.

Available in global travel retail, the bottling is said to “celebrate the magic of maturing”. The initial blend is a mix of liquid aged for two to eight years. This blend is then matured for a further two and a half years in French limousin oak casks before moving to PX Sherry casks for a period of at least four months.

“Some small companies have done some trials with Sherry or Sauternes casks,” he said. “We wanted to be sure we could produce something good. I wanted to take some time to do some trials with different casks from the Sherry region.”

Pinet added: “We want to offer a new experience for Cognac drinkers but also fans of Sherry finishing. So this could attract malts fans, too.”

According to Pinet, regulations state that Cognac can be finished in casks that have previously held wine or wine-based spirit.

“In Cognac, we want to have more innovation to attract new consumers,” commented Pinet. “How can we adapt in the future? Today it’s possible with Sherry casks, but in the future do we need to change some specifications? I think it’s important to offer consumers something new, but keep the quality of the Cognac very high.”

Courvoisier is continuing to invest in an innovative wood programme by purchasing areas of French forests.

“We are creating our own staves because we wanted to have control over the quality of the oak,” said Pinet. “We cut the trees and prepare the staves, then we have sub-contractors who build the barrels, but under our control.”

Courvoisier Sherry Cask Finish is available in a 70cl bottle at an RRP of €50 (about US$58).