Last week, SB showcased a selection of distilleries that are set to tap into the global whisky market in the coming years. As innovation abounds across the sector, we present the second instalment of future whisky brands to watch out for.

While Diageo’s Johnnie Walker, Allied Blenders’ Oﬃcer’s Choice and Brown-Formans Jack Daniel’s might be the most popular whisky brands in the world right now – if their volume sales are anything to go by – no-one can be sure what we’ll still be sipping 100 years from now.

With this in mind, we’ve compiled a two-part round-up of distilleries both small and large from across the globe that are quietly ageing their new-make spirit with a view to entering the global whisky market in the months or years to come.

This list is by no means definitive, and is instead intended to shine a light on a small selection of distilleries from across the globe. Whisky, whisky, everywhere, and not a drop to drink – well, not yet anyway.

Click through the following pages to discover our second instalment of future whisky brands to watch out for.

Have we missed your favourite newcomer? Let us know in the comments below. 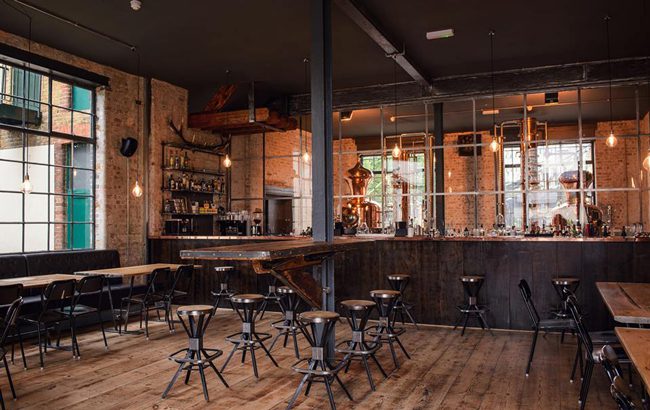 The first distillery in east London for more than 100 years, East London Liquor Company’s portfolio currently comprises a vodka, a rum and a selection of gins. Founded by Barworks’ Alex Wolpert in 2013, ELLC is based in east London’s Bow Wharf and filled its first casks of London Rye in 2015 – ageing the whisky on-site in its cellar. Slated for bottling at the end of 2018, each batch is unique in terms of production, finish and mash bill. ELLC plans to launch various whiskies, experimenting with combinations of pot and column runs as well as barrel finishing – including new American oak, French oak, chestnut, ex-wine, ex-rye and ex-Bourbon casks. Visitors are able to view the distillation process from behind a glass panel in ELLC’s cocktail bar. The site extended its warehouse and opened a restaurant in 2016 and is currently installing a brew-kit and an additional still for its whisky production. 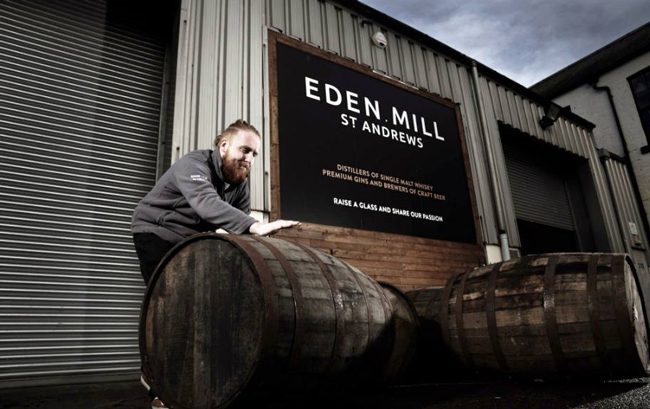 The roots of Fife-based Eden Mill are entrenched in whisky distilling – indeed for most of the 19th century, the Haig family produced grain whisky on-site at what was then the Seggie Distillery. Said to be Scotland’s first single-site distillery and brewery, Eden Mill prides itself on its experimental style, specifically when it comes to maturation. The experienced team, headed by founder Paul Miller, most recently released a trio of 2 Year Old Oak Aged Spirit, intended as the “prelude” to the launch of the distillery’s inaugural single malt whisky in 2018. Eden Mill also offers an ‘Art of the Blend’ blended whisky range, now on its fourth batch, which sees a range of whiskies finished in different barrel types and sizes for around one year. The resulting whisky is married and bottled to highlight the wood varieties. 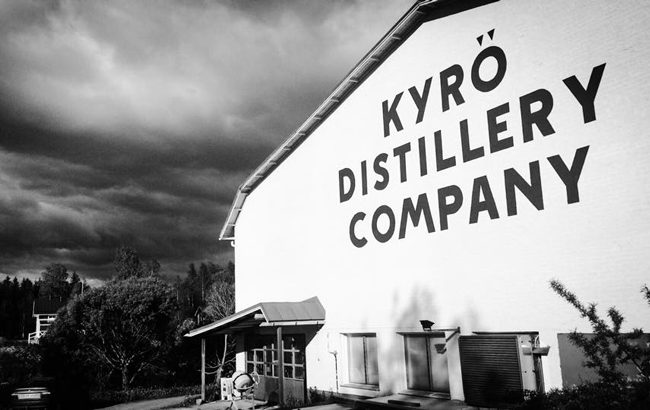 Located in an old dairy in the Finnish village of Isokyrö, Kyrö Distillery Company is committed to distilling its entire portfolio from whole-grain rye – the “most Finnish” of grains. The distillery is currently ageing a single malt rye whisky made from 100% malted wholegrain rye, with the first batch slated to hit shelves sometime this year. Until then, Kyrö has made its new make spirit available for purchase – called Juuri New Make, meaning ‘root’ or ‘origin’ – which complements its core gin offering and range of small batch distillation experiments called ‘Study’. 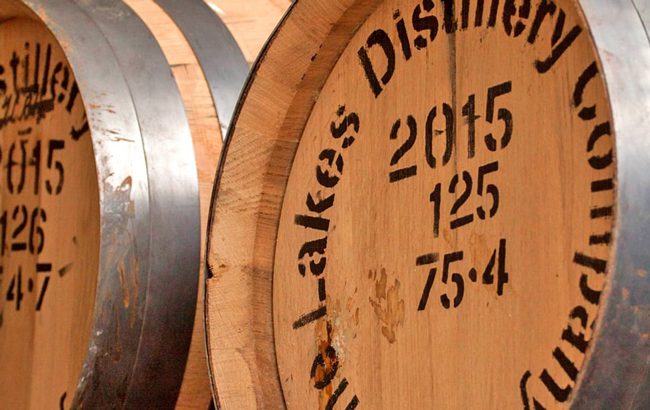 Said to be Cumbria’s first distillery in 100 years, The Lakes Distillery began distilling its inaugural single malt whisky on 16 December 2014, and has been patiently waiting until the time comes to bottle it (1,095 days in total, they say). Set in the heart of the Lakes District, the distillery has launched variations of The One whisky – a blend of more than 18 different liquids from distilleries across the British Isles – as The Lakes Single Malt matures, as well as varieties of The Lakes Gin and The Lakes Vodka. Founded by Paul Currie, co-founder of Scotland’s Arran Distillery, the team also comprises Dhavall Gandhi, former whisky maker for The Macallan; Alan Rutherford, former production director at Diageo and council member of the Scotch Whisky Association. 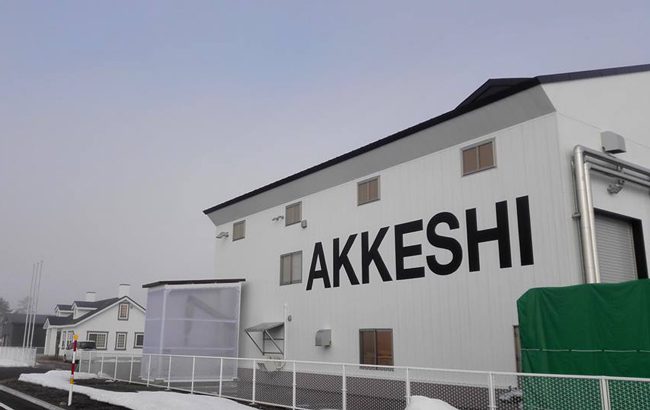 Located on the Northern Japanese island of Hokkaido, Akkeshi Distillery began distilling in November 2016 and plans to release heavily peated single malts, blends and single estate expressions. As the second distillery on Hokkaido – joining Nikka Whisky’s Yiochi distillery – Akkeshi initially plans to release a three-year-old single malt, as well as various ‘malted spirits’ aged for three, six and 12 months in a variety of casks. With a focus on climate and terrain, Akkeshi will predominantly mature its whisky in Bourbon barrels and Sherry butts, but its inventory will also include French and Australian red wine casks, Japanese Oak (mizunara) puncheons, and rum barrels. In the future the distillery plans to create a “100% Akkeshi produced whisky” using local barley, water, yeasts, and felled Japanese oak. 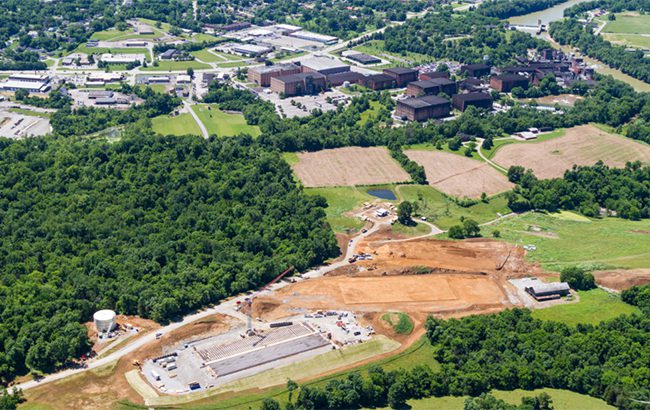 Buffalo Trace first revealed its intention to launch a “stand alone” brand of single estate Bourbon back in 2015, after purchasing almost 300-acres of land adjacent to its Kentucky distillery to plant its own corn, rye and barley and build new maturation warehouses. Set to be launched as a “separate” Bourbon with its own brand identity, the name, age and price of the spirit are yet to be determined. Over the past three years the distiller has planted corn across 18-acres of farmland, and, as of June 2017, was constructing the “first of many warehouses on the property”. Watch this space. 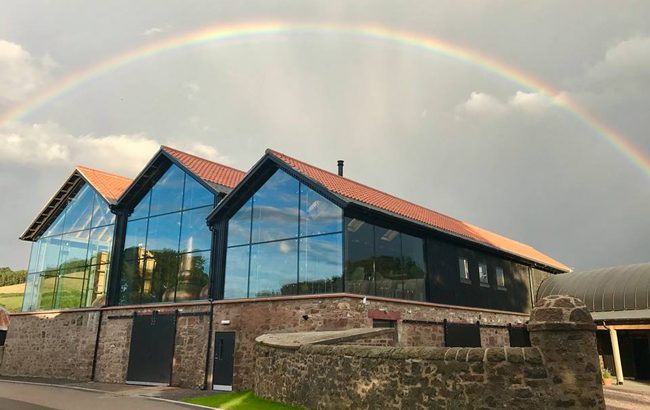 Construction of the Lindores Abbey Distillery started in 2016, and will see production return to the “spiritual home” of Scotch whisky for the first time in 500 years. The site has distilling roots that can be traced back to 1494 when the malt duty paid by Friar John Cor was logged in the Exchequer Roll – the first written evidence of whisky distillation in Scotland. Spearheaded by Drew McKenzie-Smith and his wife Helen, Lindores Abbey Distillery will incorporate ancient distilling techniques and ingredients to produce a Scotch whisky that will be available by 2023. Ahead of this, Lindores will create and market an aqua vitae spirit. 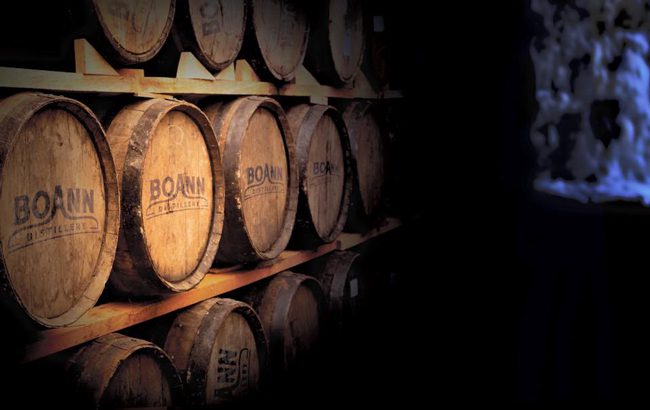 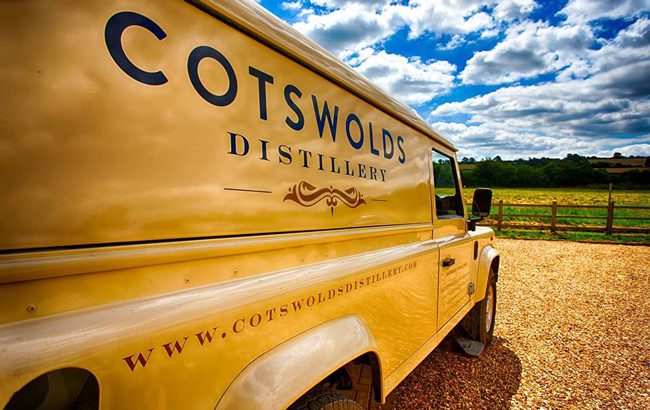 Located in Stourton near Chipping Norton, the Cotswolds Distillery produces a London dry gin, brandies, liqueurs and a single malt English whisky made using local barely. Set to be released in October, the initial release of Cotswolds Single Malt Whisky – limited to 4000 bottles – has already sold out online. Former hedge fund manager Daniel Szor, along with his family and local investors, pledged £5m to open the Cotswolds Distillery in 2014. Weeks after launching, the distillery received a grant from the Warwickshire Rural Growth Network to expand production of its single malt. The Cotswolds Distillery has enjoyed great success in crowdfunding campaigns since – its latest equity drive raised more than £1.5 million (US$1.8m) in one month. 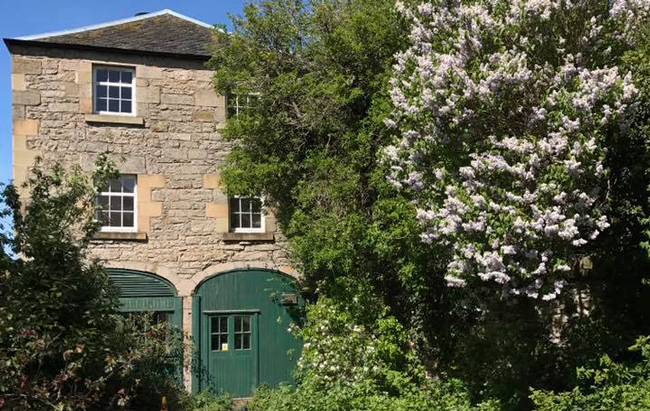 Set to become the first single malt distillery in Edinburgh for 90 years, the Holyrood Distillery project is led by David Robertson, former master distiller for The Macallan, and Rob and Kelly Carpenter, founders of the Canadian branch of The Scotch Malt Whisky Society. The distillery and visitor centre, based in the city centre, will produce single malt whiskies, gins, liqueurs and other spirits using “innovative” approaches to ingredients, distilling and maturation. The distillery is scheduled to start production in late 2018, with product potentially on-shelf as soon as 2021. A “flavour first” approach will see prototype gins and liqueurs made for test marketing in early 2018.