When done well, bars that pay respects to other cultures can offer an amazing taste of another world. Occasionally, however, the result can be crass or downright offensive. The Spirits Business asks world-renowned bartenders and bar owners how to get it right.

Chanelling the flavours, identities and cultural aspects of other countries is nothing new in the bar world. Well­ travelled bartenders lift characteristic, ceremonial and stylistic cues from far afield, with the influences from the likes of Japan, China, Indonesia, and the Middle East cropping up in established cocktail cities.

But respectfully appropriating other society’s values and traditions in this way throws up political and social stumbling blocks. Adopting aspects of another culture, particularly in situations where members of a dominant culture take elements from a society that has been systematically oppressed by the dominant group, must be executed with diligence, respect and acknowledgement of existing privilege.

In February Sydney cocktail bar Suey Sins, designed under the theme of “sexy pre-­war Shanghai”, attracted heavy criticism over social media for “fetishising” Asian women and “glamourising” what is widely­-regarded as a traumatic period of Chinese history.

Sadly, it’s far from the first venue to cause offence in this way: last year, Orpheus in Wellington, New Zealand came under fire for its “racist, misogynistic and homophobic” drinks menu, which featured cocktails such as ‘Asian Fetish’. Such harmful concepts endorse wider systems of oppression. They cannot simply be masqueraded as mutual “cultural exchange” or, even worse, shrugged off as “banter”.

While such extremely ill­-conceived judgments are thankfully isolated, there is clearly much for venturesome bar owners to consider. How do you create a bar that embodies another culture’s style effectively?

We put the question to a number of the world’s best-known bartenders and bar owners – click through the following pages for their top tips. 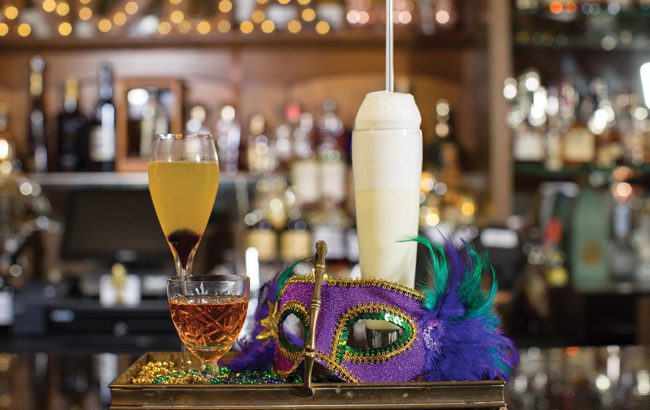 For James Triffo, owner and founder of New Orleans­-inspired London bar NOLA, meaningful collaborations are key to authenticity. When designing the drinks programme, the team “worked directly with bartenders from our favourite bars in New Orleans and had them each add an original cocktail to a section of the menu, mentioning that each drink was created by ‘X’ working at ‘X’,” he explains. “We still do this with every new menu.”

Triffo makes a point of flying in a bartender from New Orleans every year for a week­-long residency to give team members a unique insight into the city, its cocktail history and trends. “We also take key members of our team so that they can see how things are done first­-hand in the city we draw our inspiration from,” he adds. 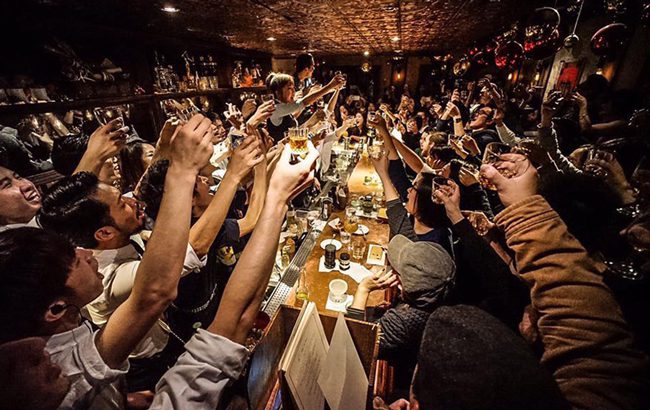 Complications can arise when styles are rooted in deeper and more complex cultural intricacies than they appear on the surface. “A lot of people misunderstand Japanese bartending,“ says Shingo Gokan, owner of Shanghai­-based speakeasy Speak Low. “They think that by using Japanese ingredients and doing a certain kind of shake they are doing Japanese style, but it’s not just about the technique and tools.” The philosophy, the way bartenders move and their thought processes are all intrinsic parts of the country’s approach to bartending, with a focus on every detail. He likens it to chadō, a Japanese cultural activity involving the ceremonial preparation and presentation of matcha tea. “Its no good for a high­-volume bar; it takes a long time to make each drink if you 100% follow Japanese style,” he adds.

Renowned bartender Hidetsugu Ueno, owner of Tokyo’s Bar High Five, agrees. “[Western bartenders] see Japanese style as ice balls and cobbler shakers and mixing glasses, but it’s more than just what you can see with your eyes,” says Ueno­san. “There is something behind it. To do it properly, you should know why you do these things. And this is the same for any style of bartending.” 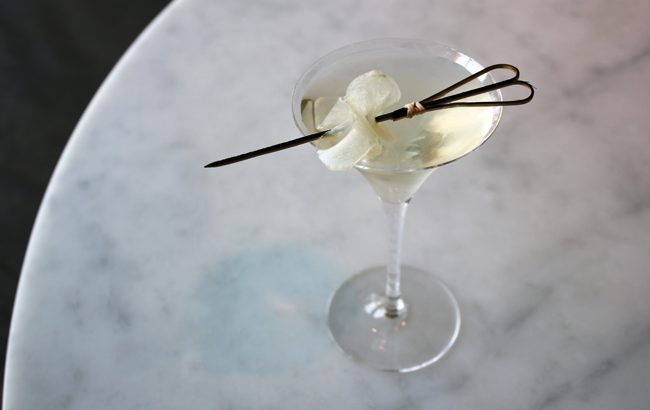 The brains behind Jason Atherton’s London­ based Japanese fusion bar 7 Tales employed an opening team that consisted of members who had spent time in Japan. “There is so much to learn from skills and etiquette,” says Jamie Jones, group bar executive of the Atherton’s restaurant group, The Social Company. While soundtracks, menu formats, and aesthetics “were all factored in, in great detail”, when it came to the cocktails, Jones says the team “didn’t want it to just be a forced pseudo­ Japanese list of ingredients“.

“When it comes to concepts, it depends how deep and true to the roots you aim to play it,” he says. “A nod or an homage can be easily incorporated. Claiming you are 100% true to something is always a dangerous game, as people will look for gaps.”

Engross yourself in the culture 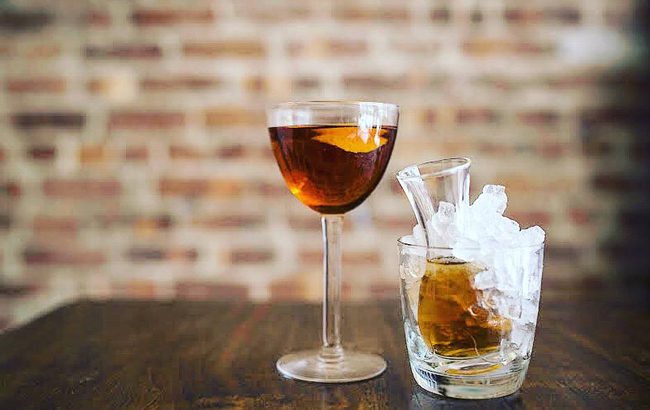 New York bartender Julie Reiner recently co­-opened pan­-Latin cocktail bar Leyenda. “People can smell bullshit a mile away,” she says. “You really have to engross yourself in that culture and know what you’re taking about. I’ve seen bars where people don’t really have a connection with wherever it is that they’re referencing. And it looks very Disneyland­-like.”

   She points to Leyenda’s co­-owner and head bartender Ivy Mix. “She lived in Guatemala, she’s spent a tonne of time down there, she knows more about mezcal and Tequila than anybody I know. We built the entire bar around her passions, and so it feels authentic because it is authentic.”

Use speciality spirits and indigenous ingredients 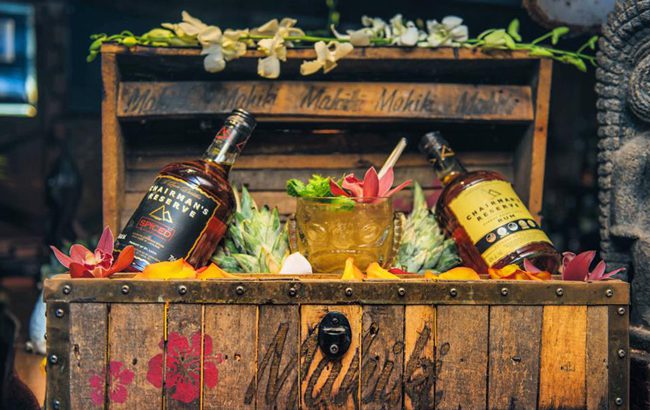 This forms a huge part of the format of a cultural concept. Georgi Radev, bar manager of London’s Polynesian­-inspired tiki bar Mahiki, says: “When you design the cocktail menu you should think about the ingredients popular in the particular country and culture. What are the popular spirits, liquors, fruits, vegetables, syrups?”

For this, bartender education is crucial, Reiner adds. “A lot of the spirits in Leyenda are very esoteric, so we’re constantly having speakers come in. It takes a lot more educating than a whisky or gin bar. Cachaça, pisco and sotal and all these other lesser­-known spirits require more education.“

Avoid cheap props at all costs 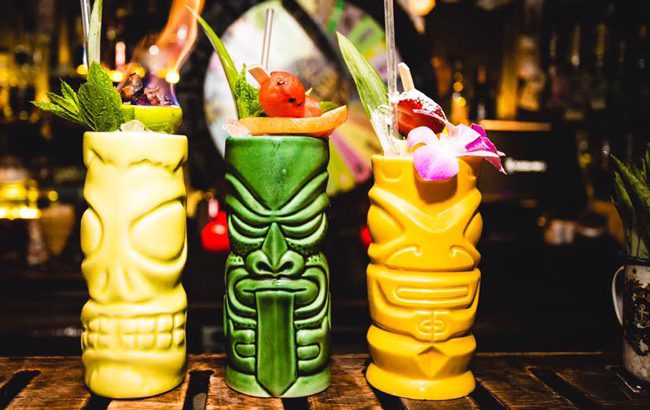 Mahiki’s Radev suggests considering the domestic country’s rituals and traditions and introducing these to the drinks where possible. “Research different vessels and use them to make the cocktails more theatrical. Use the garnish to represent the culture.”

Focus on bespoke items and premium furnishings. Ultimately, every bar is “kind of an escape from reality”, Radev continues. “You want to feel like you are travelling somewhere else, experiencing a different culture without buying a plane ticket.“