The International Bartenders Association welcomes back one of the biggest and most hotly anticipated cocktail competitions in the on-trade’s calendar, the annual World Cocktail Championships. SB reveals what’s to come…

More than 1,000 bartenders, brand representatives and industry leaders are set to gather in Copenhagen, Denmark, to celebrate bartending talent from around the world. Over the course of five days, from 15-19 October, a packed programme during the IBA’s Congress & World Cocktail Championships will keep everyone on their toes, with cocktail making, brand masterclasses and conference sessions, as well as plenty of extravagant dinners and parties to attend.

Today there are 65 dedicated national bartender associations and guilds around the world. The WCC is now the world’s largest battleground for movers and shakers in the bar world. Around 130 bartenders representing 65 countries will take to the stage to compete in the 2017 WCC in the hope of being named champion. Preliminaries are held globally, with more than 100,000 bartenders vying for a place in the competition.

Selected by host guild the Danish Bartenders Association, Øksnehallen, one of Copenhagen’s largest exhibition halls, will play host to the 66th WCC.

This year marks the first year that the competition will be held in an exhibition venue rather than in a hotel, with competitors and delegates staying in the nearby Radisson Blu Scandinavia Hotel and the DGI-byens Hotel.

Hundreds are expected to arrive in Copenhagen, from guilds as far flung as Argentina and Armenia, South Africa and Taiwan, to compete in six international Classic Mixing competitions: Before Dinner Cocktail; Sparkling Cocktail; Short Drink; Long Drink; Bartender’s Choice; and After Dinner Cocktail. The winners of the Classic Mixing competitions and the separate Flairtending Competition will compete in the WCC Super Final for the IBA World Bartender of the Year award.

There are also plenty of activities outside of the competition, including the inaugural Nordic Beverage Festival, which will run on 17-18 October in Øksnehallen. The festival aims to gather the best and most innovative Nordic producers of beer, spirits and mixers under one roof, as well as showcase the latest trends for the year ahead. On Tuesday 17 October, the event will be open to the general public, with 2,500 visitors expected to attend.

The following day will see 2,000 bartenders, waiters, managers and owners attend the trade day for unique tasting experiences, as well as to familiarise themselves the premium products being showcased and to take advantage of the plentiful networking opportunities.

In addition, there will also be an open area with local street art, an abundance of food vendors, a restaurant exclusively open for WCC participants, a hangout area for all competitors and a practice area for flairtending.

This year will also focus on the spectator, with visitors invited to an open tasting. After the competition, competitors will be invited to a bar off-stage, to once again mix their cocktails for members of the audience to taste.

Events will kick off with a welcome cocktail and dinner party on Sunday 15 October for the early arrivals.

Guests will also be able to enjoy a traditional ‘Danish Night’ on Monday 16 October, featuring Danish dishes and products, as well as local entertainment.

On Wednesday 18 October, bartenders will make sure spectators shimmy to the end of their seats when they go head-to-head in the flamboyant and captivating Flairtending Finals, while the following day will see the start of the WCC Classic Mixing Competitions – leading on to the Super Final that afternoon.

The IBA Bartender of the Year winner will then be revealed at a cocktail reception, gala dinner and Monin cocktail party that same evening, celebrating all the successes of the past week.

At the end of last year’s hotly fought competition in Tokyo, Japanese bartender Kenji Tsubokura was declared overall winner of the WCC 2016, impressing a panel of judges with his light and fragrant serve, called The Best Scene.

Keep your eyes peeled for our October issue to see who will take away the top accolade in Copenhagen this year.

Click through the following pages to see last year’s winners and an interview with the 2016 IBA WCC champion Kenji Tsubokura. 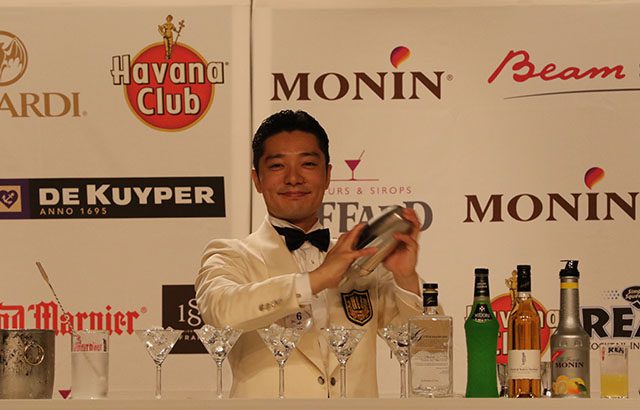 How has winning the competition had an impact on you and your career?

WCC is the most prestigious event in Japan. It’s the Olympics of cocktails and I was proud to represent Japan. It was a pleasure to meet bartenders from other countries. I felt that not only my work but also my Japanese bartending abilities were highly valued, and I was happy to have every bartender’s support and blessings. WCC 2016 is definitely one of the greatest experiences of my career.

How much preparation had you done for the competition?

I had my cocktail concept for almost a year. I wanted to innovate and create a new taste that expressed Japanese feelings.

What was the most challenging aspect of the competition for you?

I felt that the most important thing was to get everyone to understand the concept of my cocktail. I was inspired by a Japanese proverb, which is ‘treasure every encounter, for it will never reoccur’. The Best Scene portrays two of my wishes. I wanted to provide a precious moment, or memorable scene, in my guests’ lives. Also, I wanted to express the relaxation and beauty of Japanese hospitality, which is about creating a unique and unforgettable moment. For example, Japanese tearooms are designed very simply – there are no distractions, so every subtle detail is noticeable. This makes every experience unique.

What tips can you offer to competitors?

I was clumsy in my 20s. I think in order to win the competition, it is important to accumulate daily research.

What plans do you have for the future?

Check out Kenji Tsubokura’s winning cocktail on the next page… 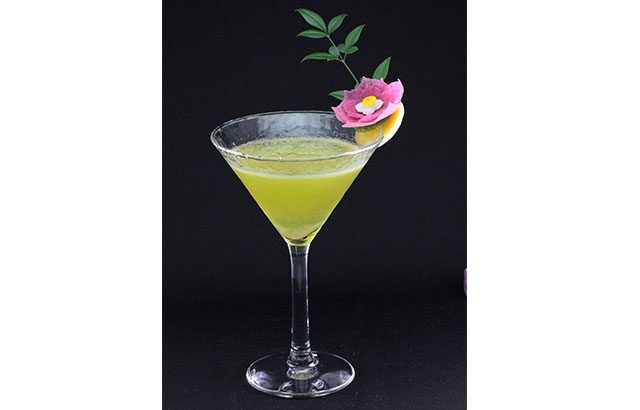 “I practiced my cocktail many, many times for this competition and also took English lessons to improve my presentation,” said last year’s IBA Bartender of the Year, Kenji Tsubokura, from Japan. “I am very shocked and happy to win, especially in my home country,” he added (the IBA WCC took place in Tokyo in 2016). “The IBA has given me a great experience as a bartender.”

Tsubokura claimed the title against hundreds of bartenders with his cocktail The Best Scene. For winning, he secured an all-expenses-paid trip to the 2017 Copenhagen WCC edition, and his winning cocktail will be served at this year’s welcome party. 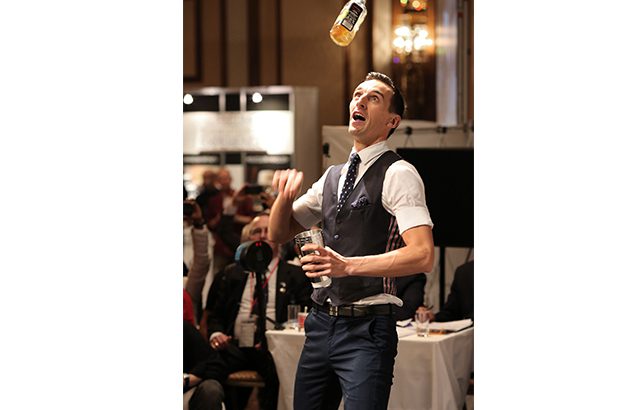 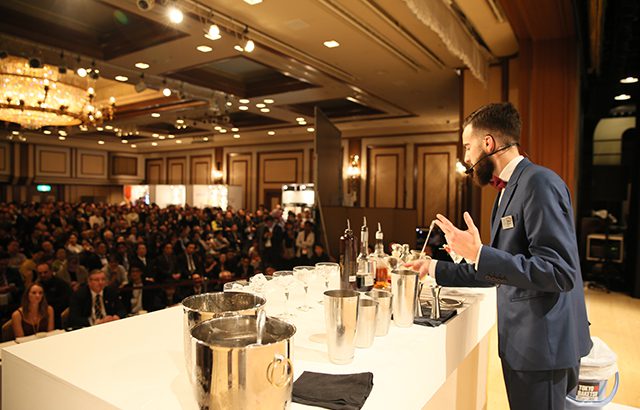