Venture beyond the traditional whisk(e)y homes of Scotland, Ireland and the US, and you’ll find an exciting array of expressions that are bursting with quality, as proved by our World Whisky Masters 2017.

While their liquid may be younger, and their distribution footprints smaller, distillers from nations including Japan, Canada, Germany, Australia, India and Wales are certainly giving Scotch, Irish and American producers a run from their money in the quality stakes.

This growing contingent of the whisky industry was assessed at The World Whisky Masters 2017. The competition took place at London’s Boisdale of Mayfair on the same day as The American and Irish Whiskey Masters 2017. Judges for the World Whisky event were: Greg Dillon, brand consultant/writer; Chris Tanner, bar manager of The Vaults at Milroy’s; Pierre­-Marie Bisson, general manager of Milk & Honey London; and Nick Bell, retail general manager of Amathus Drinks. Kristiane Sherry, then editor of The Spirits Business, chaired proceedings. 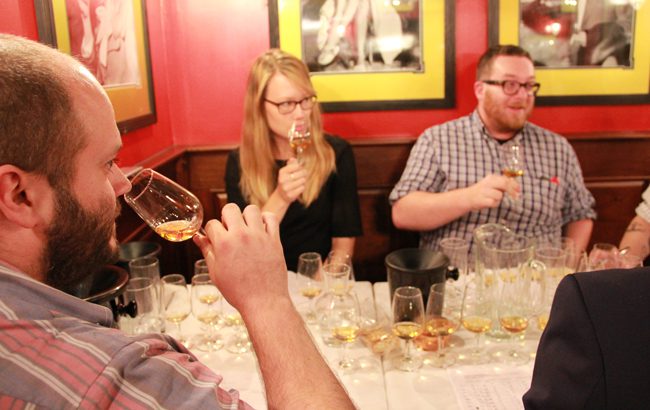 A larger array of expressions awaited judges in the Europe – Single Malt Premium flight, where they discovered the first Master. Belgium’s Gouden Carolus Single Malt impressed with its “fresh” and “well­ balanced” character. “I loved this,” enthused Bell. “It was big, rich and creamy, with notes of vanilla and apricot coming through.” The round produced a further six Golds and six Silvers for whiskies from Wales’s Penderyn, Germany’s Aureum, Italy’s Puni, and Sweden’s Mackmyra and Spirit of Hven.

Further up the price ladder in Europe – Single Malt Super Premium, another haul of Gold and Silver medalists were named, including “lovely and oaky” Spirit of Hven Seven Stars No.5 Alioth, and “super tropical” Moment Ledin from Mackmyra. Reflecting on the round, which also produced two Silvers, Sherry noted “there was quality here in abundance”. In Europe – Single Malt Ultra Premium, Penderyn Rich Oak Single Cask was awarded a Silver medal. 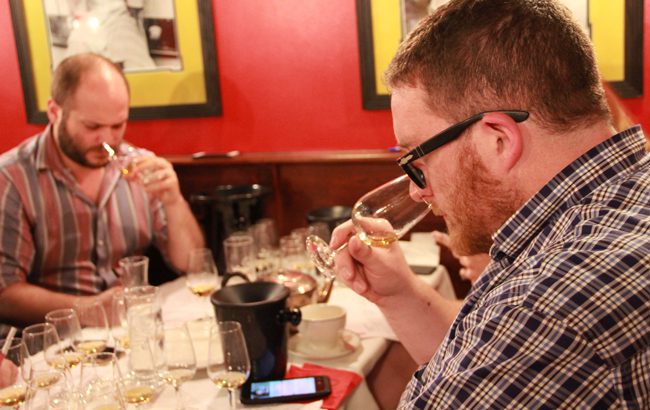 Reflecting on the offerings from South Africa, judges noted that while a number of entries impressed, others “had more oak than age”. “But it whetted my appetite, and I want to see more,” added Tanner.

Moving continents once again, and the panel was intrigued to sample entries from Australasia. Hellyers Road Distillery Original 10 Year Single Malt – with flavours of nutmeg, banana and peach – secured a Silver in the Australasia – Single Malt Premium tasting. Tasmania’s Sullivans Cove Distillery was victorious in the Australasia – Single Malt Super Premium round, winning one Gold and three Silvers. “This has notes of fresh bread and yeast – almost like doughnuts on the nose,” Tanner said of the Gold. “I also got a lot of tropical fruit. It was really fresh – its youth was doing it favours.”

Quality across the board

To round off the day, the panel assessed entries hailing from India, home to the bulk of the global whisky market. Judges found quality across the board, bestowing one Gold and two Silvers on Paul John expressions in the India – Single Malt Premium round. Gold medalist Paul John Indian Single Malt, Brilliance, lived up to its name, with Bell saying: “I thought it was very drinkable, with soft, sweet and fruity notes.”

For Bell, the Indian whisky rounds were the strongest of the day, while Dillon said: “These rounds showed Scotch has got to keep up because these last three whiskies we tasted showed that India is doing amazingly well, creating brilliant, pure, flavoursome spirits.”

On the whole, judges were pleasantly surprised by the level of quality on display, and were excited at the prospect of more varieties coming to market and challenging consumer expectations. As Tanner concluded: “Forget what you think you know about world whisky. There’s a whole world out there.”