After years in the corporate jungle, Hine is back where it belongs – in family hands. The Spirits Business recounts the Cognac brand’s tumultuous tale.

”When I joined I thought I’d be able to stay for two years at most because it was in the middle of nowhere,” François Le Grelle says about his appointment as managing director of Thomas Hine & Co in 2003. Apart from being stuck in the remote town of Jarnac – population 4,500 – there were other reasons for thinking it might not be the most enduring career move. He explains: “The first time I met Bernard Hine he put a piece of paper on the desk, and said, ‘this is the number of CEOs the company has had in the past 10 years’.

To Le Grelle’s dismay there were nine names on the list, testament to some turbulent years when Hine was passed around from one adopted parent to the next. This venerable Cognac house, founded in 1763, was bought by the Distillers Company (DCL) in 1971 after six generations of family ownership, which started with Thomas Hine from Dorset who married into and then rechristened the business. Following the infamous Guinness takeover of 1986, DCL disposed of Hine to Moët Hennessy, which later sold it to CL World Brands the year Le Grelle joined.

The one constant since 1963 had been Bernard Hine, who took sole responsibility for blending a decade later. In the early years of the firm’s Caribbean ownership, “we spent a lot of time explaining how we needed to be treated separately,” Le Grelle recalls. “We tried to maintain our autonomy in some ways, but I would say the head office in Trinidad was clever enough to leave the people at source to run the business.” That said, it could not have been easy, especially in the later years when CL World Brands was heading for the rocks and needed bailing out by the Trinidadian government.

In April 2013, in its 250th year, Hine was once again for sale. “We had a very good time,” says Le Grelle about the celebrations. “We were also asking who could be the ideal owner of Hine at the time, and we got a good answer a few months later.” This was EDV SAS, the French, family-­owned investment company previously connected with the Nicolas off-­licence chain, which paid an undisclosed sum for Hine, said to be around €40 million to €60m (US$43m­-US$64m).

“I don’t think the investment by EDV SAS has been 100% financial. It’s both patrimonial and financial,” says Le Grelle, who feels that Hine has returned to its roots after years in the corporate jungle. “The most important thing for us is to be owned by a family, which is the origin of the company. I think when you’re family-­owned you need to have a very close relationship with the family, otherwise you can’t work properly.” Building that bond obviously takes a good deal of time and care, but the upside is being free from outside investors fixated on short-­term gain.

But if Hine is now at liberty to think long­ term, it has clearly lost some clout in the market without its old stablemates, names such as Appleton and Angostura. Somehow its ‘big four’ rivals – Hennessy, Martell, Courvoisier and Rémy Martin – now seem even bigger. “I don’t compete against these people,” says Le Grelle, bluntly. “We’re able to offer something that is unique. What we can say about our company would be much more difficult for Rémy, Courvoisier and the others.” He is keen to talk of authenticity and limited editions, of Hine’s ability to release single­-cask Cognacs and of the importance of the base wine. “Without good wine, you’ll never get good eau-­de-­vie.”

This doubtlessly resonates with engaged consumers in the US, Cognac’s biggest market. Yet between them and Hine lies the country’s notorious three­-tier distribution system, whose mid­-tier is contracting. This makes life tough for niche players, but Le Grelle insists that Hine is “doing very well” in the US today. “The people we’re working with are very dedicated to the brand, and they have exactly the kind of profile of brands we’re happy with.” He admits that finding an importer that understands Hine, is prepared to commit to years building a relationship and who has a portfolio of kindred spirits, is not easy. And in other markets the search for the right partner continues.

Like Bollinger Champagne, Hine benefits from its English­-sounding name and royal warrant in the UK, where it is now distributed by Speciality Brands. It continues an old 19th century tradition of shipping selected casks of Grande Champagne Cognac to finish ageing in a cool, dank cellar in Bristol. A new expression of this ‘early-­landed’ Hine is being developed for travel retail.

Another new creation that, according to Le Grelle, reflects the brand’s ‘audacity’ and ‘unconventional ways’, is its Domaine de Bonneuil single­-estate vintage Cognac. “It’s very uncommon in this region where blending is paramount,” he says. “And it’s a kind of provocation, because everyone around here just talks about brands.”

Born before the French Revolution, “Hine could be seen as very old and dusty by some people,” says Le Grelle. “But for us it’s exactly the opposite. We like to say ‘we’re 250­-years­ young’.” And there is certainly something fresh and youthful about the newly re­packaged H by Hine, which is gaining traction among bartenders and mixologists.

In 2003, after the procession of short­lived CEOs and faced with the prospect of living in the sticks, Le Grelle may not have rated his chances. At the time, like most Frenchmen, he drank whisky more than Cognac, but in the intervening years something happened. As he puts it: “If I’m still there, it’s because I fell in love with the brand.”

Click through the following pages to see the timeline of Hine’s brand history. 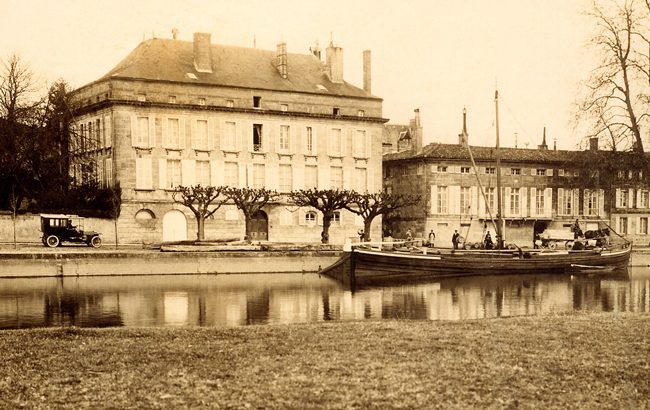 1763 The Cognac house is founded
1791 Thomas Hine arrives in Jarnac from Dorset
1817 Having married the owner’s daughter, the house is renamed Thomas Hine 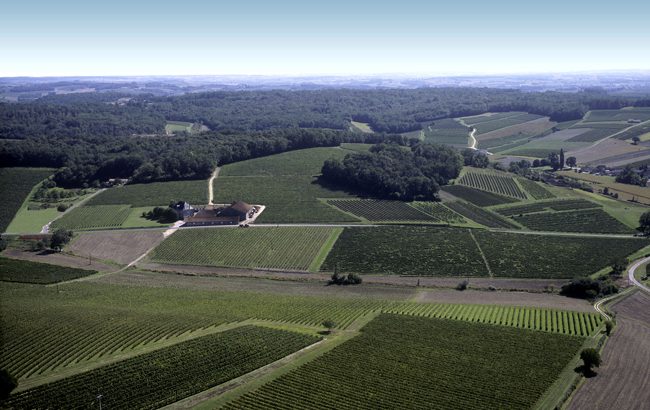 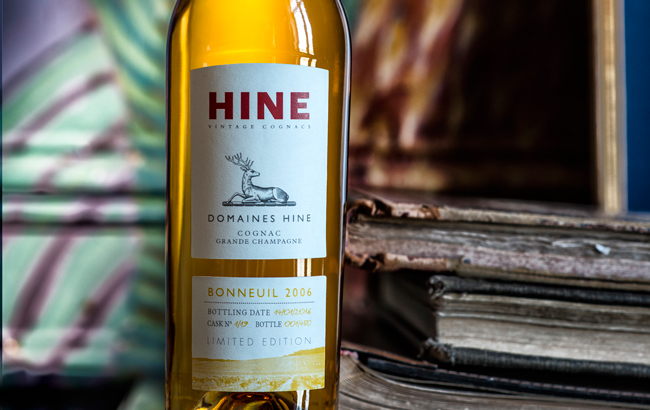