Cognac ‘building for the long term on solid ground’ in China

The tale of Cognac’s new-found joie de vivre has a distinct American twang, but signs of life are clear for all to see in the long-beleaguered Chinese market. 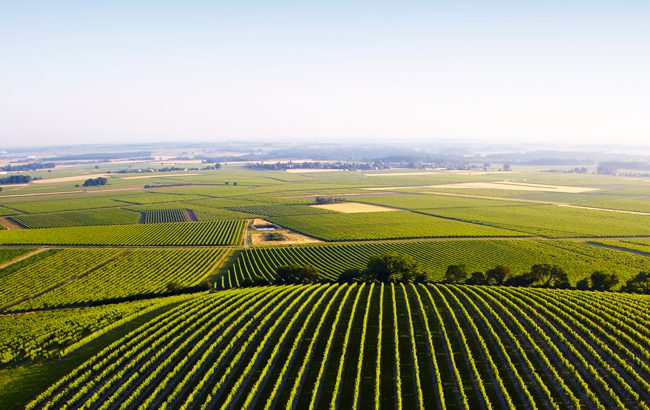 Did you know,” asks a smug­-sounding Scotch Whisky Association on its website, “that more Scotch is sold in one month in France than Cognac in a year?” Be that as it may, the pre-­eminent French spirit, which is 93% export­-driven, is doing rather well. As confirmed in January, global shipments of Cognac have bounced back to pre-­crisis levels, with exports up by 6% in volume and by 6.8% in value last year, according to the spirit’s trade body the Bureau National Interprofessionnel du Cognac (BNIC).

The ‘crisis’ obviously refers to China, where the value of Cognac imports peaked at US$7.8 billion in 2012, only to crash by 36% in three years after the state­-sponsored clampdown on conspicuous consumption and gift­-giving. “The treat we all enjoyed in China was not sustainable long­-term,” says Anne Blois, global commercial director at Camus. “We kind of predicted it, knowing that one day or another something would happen, but like everyone else we were pretty shocked by the market reaction and this policy against extravagance, which really cut shipments overnight.”

Now that the dust has settled, a rather different China has emerged. “It’s probably healthier in many ways to have a market that is more like others,” says Blois. “We are building for the long term on solid ground, whereas there used to be a lot of speculation on China.” The country remains a key focus for Camus, which is distributed there by Campari. “We have re-adjusted, growing again and are employing more people,” she adds. Martell is the brand leader in China, where global marketing director Charles­-Armand de Belenet says: “After three years of decline, the Cognac category is back to growth, and brands are reinvesting, particularly in media and digital.” He adds: “Prestige volumes are stabilising, and the XO category has recently accelerated its recovery with double­-digit growth.” Martell is apparently performing well in all segments, “with increasing volumes driven by Cordon Bleu, XO and Noblige,” says de Belenet.

As a smaller player in China, Courvoisier was less affected by the post­-2012 fallout, claims Jeanette Edwards, Beam Suntory’s director of Cognac. She adds: “We’re much more of a VS and VSOP player than at the high end, which is why we weren’t as heavily hit as some of our cousins.” With China shifting more towards personal consumption, she sees a growing interest in what she calls the ‘VS­-plus category’, with Cognacs like Martell Distinction and Hennessy Classivm. To compete, Courvoisier Gala Club, named after the original club on top of the Eiffel Tower, was launched there a year ago.

The brand’s largest market after the US is the UK, where it is the lead player by some margin. “We’ve got a 60% share of the VS category and there’s very little space to grow within that,” Edwards explains. “So we’ve had a slight re­focus in terms of VSOP, where we see there’s definitely more interest in the UK on­trade with cocktails like the Sidecar and Brandy Alexander.” She and her team are also pushing traditional Champagne cocktails from the Belle Époque era of Paris when Courvoisier was the official toast at the opening of the Eiffel Tower, in 1889.

Packaging is an art form in Cognac, and there is often more than a whiff of ‘style over substance’. But Edwards insists the re-packaging of the brand’s VSOP into a taller bottle with a gift box has been a major boost. “The feedback from consumers is that it looks much more high quality,” she says. “In the past, our VS and VSOP bottles were identical, apart from the labels.” In Courvoisier’s case there is a £5 premium to trade up from VS to VSOP in a UK supermarket, though how many punters have a clue what those extra letters signify is a moot point.

“There’s a big job to do in terms of education,” Edwards concedes, though she wonders how much consumers really want to be told, at least by the brand owners. The solution is to subcontract that job to the on­-trade, which has been educated and hopefully seduced by a small army of brand ambassadors. Rebecca Asseline, Courvoisier’s hard­working ambassador, has apparently trained 750 bartenders this year already. This leaves the brands to do what they do best and talk about themselves – none more so than the ‘big four’, Courvoisier, Martell, Rémy Martin and Hennessy – which collectively control 85% of the category.

In the US, Cognac’s biggest market, Hennessy rules supreme, with almost two thirds of market share, nearly four times its nearest rival, Rémy Martin. According to the Distilled Spirits Council, total volumes were up 13% in 2016 to 5.3 million cases, representing steady year-on­-year growth from 3.3m cases in 2009. The highest volumes reached before this point was 4.1m cases in 2007, on the eve of the financial crash. While exports and actual sales never quite correspond, the BNIC claims the value of shipments to the US has almost doubled from €583m (US$624m) to €1.1bn in the past five years. 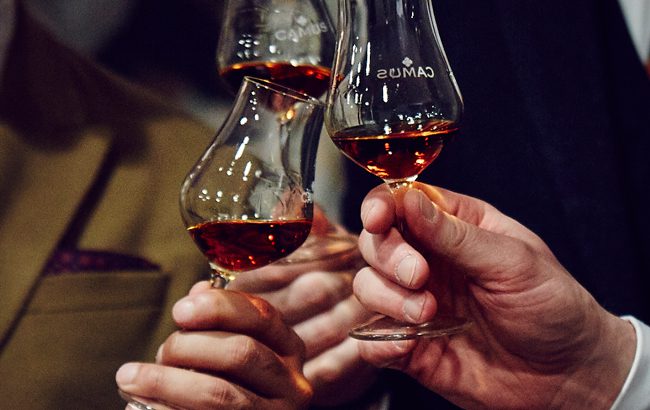 It is 16 years since Busta Rhymes’s Pass the Courvoisier hit the charts, boosting the brand’s US sales by 30%. That was then, so something else has been driving the category recently. It is said that consumption among white people, who make up two thirds of the population, is growing, according to AC Nielsen. Pernod Ricard­-owned Martell, the smallest of ‘the big four’, has targeted Hispanic drinkers with new products such as Martell Caractère, launched in 2013, and Bourbon drinkers with Martll Blue Swift. According to de Belenet it is “the first­ ever VSOP finished in Kentucky Bourbon casks,” and is now the firm’s best selling Cognac in the US.

Almost three out of four bottles sold in the US are VS, according to the Distilled Spirits Council, but things are moving in a premium direction, and last year VSOP broke through the million­case barrier for the first time. Beyond that, the ‘XO and above’ category remains tiny. Anne Blois describes it as ‘a trend­setter market’, and says: “There’s an appetite for novelty and there’s always a new trend in the US.” Her focus with Camus is very much on VSOP from the Borderies.

Frapin may not have fully caught the current US wave after changing its importer a few months ago, explains export director Bertrand Verduzier. This small Cognac house is sufficiently artisan to attract American consumers, but the distribution system is contracting in favour of big brands. “It’s a challenge,” admits Verduzier. “With a distributor in the US you need to be extremely clear about your priorities, where you want to be, what type of account and what product you want to present. But there’s a bright future for Frapin in the US, and the fact the market’s growing should help.”

Per Even Allaire, Hine’s deputy commercial director, believes a big part of Cognac’s strong US performance is “directly linked to the classic cocktail resurgence”. With American importer Anchor Distilling Co, Hine has surfed the demand for all things ‘boutique’ and ‘craft’ with its vintage single estate Bonneuil Cognacs and single cask expressions.

The US may be Cognac Roullet’s biggest market, but it is looking east. “The most promising opportunities are in China, the Far East and the Indian subcontinent,” says Ruslan Grigoryev, export director of owner Ladoga Group. It has also opened up new European markets, including Denmark, Portugal and Switzerland, and has secured a listing with French supermarket E.Leclerc. Ladoga Group is based in Russia, where Grigoryev believes the market is recovering, even if it remains “far from pre­crisis levels”, he says, referring to 2013’s economic slump when the oil price collapsed and the rouble devalued. “We have adapted to the conditions and have launched the more ‘democratic’ Roullet VS and VSOP as well as our ‘XO and above’ range.”

Hine’s MD, François Le Grelle, is impressed by Russian consumers’ level of knowledge. “It’s one of the highest. Even with what’s going on in Russia, we never stopped our business in the past three years. It’s proof that the brand is becoming stronger and stronger.” Anne Blois has a similar tale about Camus. “For nearly a year we stopped shipping Cognac to Russia,” she says. “But we kept all our structures in place, all our people and our distributor – Synergy – so we never stopped selling, despite the big devaluation. Last year we started again, and now we’re looking to go to the next level.” Maybe it’s the need for a stiff drink in these dark times, but Russian Cognac consumption is on the up.