A drink with… Dhavall Gandhi, The Lakes Distillery

Master distiller for The Lakes Distillery and former Macallan whisky maker Dhavall Gandhi on the potential for English whisky to find fans around the world. 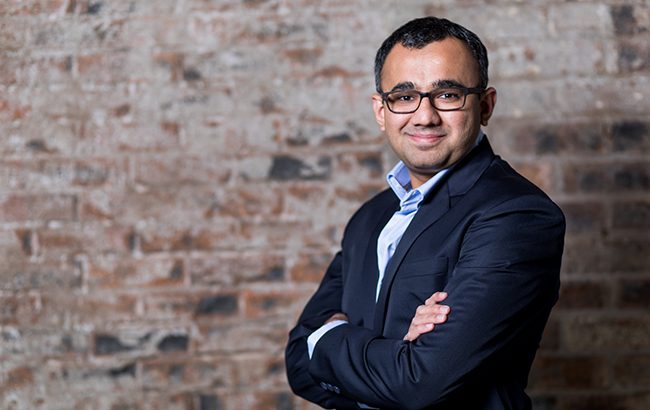 How did you get into whisky?

After finishing high school I moved from India to America to get my undergraduate degree in corporate finance and economics before working as a management consultant for Ernst & Young. While I was doing my undergrad studies I did a summer programme at the London School of Economics and I visited Scotland in the holidays. I fell in love with whisky blending. I went back to America, finished my degree, and worked as a consultant for a few years but I was missing creativity, working with my hands as well as my mind.

What made you love making whisky?

My dad and my grandfather are both whisky drinkers and collectors. When I was very young I’d tidy my dad’s library for pocket money – he’d have all these whisky bottles lying around. Growing up, I always knew what whisky was, what a single malt was, what blended was. On that holiday from LSE I went to the Scotch Whisky Experience in Edinburgh, when I saw the whole process. Before I left Ernst & Young I went to Kentucky, to every Bourbon distillery there. At Maker’s Mark I did the tour, I spoke to Bill Samuels Jr, who told me about whisky. That was the moment I thought, OK, this is what I really want to do, I want to make whisky for a living. And I went home to Charlotte, North Carolina, took my wife out to dinner and said: ‘I’m quitting everything, we’re moving to Scotland; I want to make whisky.’ And she almost fell off her chair.

I enrolled at Heriot-Watt for my Masters in brewing and distilling. When I graduated, the industry was in a slight downturn, but I wanted to work as a blender, not in finance in a whisky company. I started working with Heineken as a graduate in its test brewery in Yorkshire. Later, I received a call from a few head-hunters who said there are a few opportunities in whisky blending, because everyone knew I was looking for that. Then I joined Edrington Group in Glasgow as a whisky maker for The Macallan.

You made it into whisky!

I was at the distillery in Speyside then at the headquarters in Glasgow, where I had a big blending lab and the bottling plant. I learned a lot about wood and how the spirit affects it and how the wood affects the spirit. The opportunity at The Lakes Distillery came through and I thought it was perfect. It’s a blank canvas, I can come in, shape the way whisky will be for the next 300 years. When you work at established companies you are maintaining that character and flavour profile of the spirit. But here I can create the flavour profile, which will continue for the next few hundred years. It is very, very exciting.

Do you have a Lakes Distillery character in mind?
We want to create a versatile easy-drinking whisky that has vanilla and tropical fruit flavours, and at the same time a dry fruit character. We don’t want to create something that is so very strong in flavour that you might just have one drink.

What types of casks have you got maturing?

The majority are ex-Bourbon and ex-Sherry casks, but we have different kinds of Bourbon. We know exactly if a cask came from Jim Beam, Jack Daniel’s or Buffalo Trace. For Sherry there might be oloroso, there might be PX casks. At the same time, we might have hogsheads, butts, a quarter- cask, all sizes and shapes. We also have experimental casks; we are filling ex-wine casks, and because we are south of the border, we can experiment with different casks. But our flagship malt, our Lakes Malt, will be matured traditionally in European and American oak.

How do you see the English whisky category developing?
A lot of the distilleries south of the border are experimenting. There are one or two that are traditional, and then some, like us, that are following a traditional path but are experimenting on the side. There will be more distilleries as well; it’s becoming more exciting. It’s good – when you have competition innovation takes the front step.

Do you feed a sense of responsibility towards the development of the English whisky category?
I do. It’s a huge responsibility as a blender and as Lakes Distillery because we are one of the largest English distilleries. But at the same time we want to collectively establish ourselves as a good whisky-making country. We want English whisky to be popular around the world.

Do you think there needs to be an English Whisky Association set up?
Yeah, I think there would be no harm in having an association as a supporting body to all the distillers coming through, to guide them. An association would help to guide a lot of production laws or regulations.