Hailing from the Orkney Islands in the far north of Scotland, Scotch whisky brand Highland Park turned to its Viking ancestry to entice consumers.

As Scotland’s most northerly whisky distillery, Highland Park was always playing catch-up when virtually all it produced was used for blending. Being on the archipelago of Orkney, its distance from the big blenders in the Lowlands must have bumped up prices, though the Scotch remained a valued ‘top dressing’ for a number of blends. In the late 1970s, the distillery began bottling its single malt in earnest, letting it forge its own identity. At that point its far-flung remoteness became a virtue.

In 2004, Michael Jackson, the whisky writer, not the self-styled King of Pop, declared it to be ‘the greatest all-rounder’ among single malts – a phrase endlessly repeated by Highland Park’s owner, Edrington. Brand director Jason Craig was unconvinced, however, and felt ‘all-rounder’ implied you were ‘a jack of all trades’ with no stand-out qualities. When he met Jackson he said: “Your quote haunts my brand.” As for the distillery’s other claim to fame, that it is Scotland’s ‘most northerly’, he says: “It was almost as if they didn’t know what else to say.”

For Craig: “The positive struggle for the brand is that it has always been a great liquid, but it lacks emotion. But if you go to Orkney there’s loads of emotion. It’s an amazing place and not like anywhere else.” He felt the packaging and marketing did not reflect the complexity of the whisky itself. The question was how to give Highland Park a stronger personality.

The answer came from Scandinavia. “I first worked on the brand from 2005 to 2010,” says Craig. “At that time our Swedish importer always cheekily referred to Highland Park as ‘the westernmost distillery in Sweden’.” For centuries, Orkney and Shetland belonged to the Vikings until they were annexed by the Scots for the non- payment of a wedding dowry in 1469, equating to £9 million in today’s money.

Highland Park’s supposed founder was Magnus Eunson, who didn’t wear a helmet with horns or carry an axe, but his ancestors may well have done. He was a lay preacher by day and a smuggler by night. The story goes that after he was arrested in 1798 he chose to become a legitimate distiller on the ‘High Park’ near the islands’ capital, Kirkwall. Today, the distillery has a late-Victorian feel and appears to have changed little since its last big overhaul in 1907. It has retained its traditional floor maltings which supply one fifth of its needs.

Seeing the kilns and the smoke billowing from the pagoda roof is not just good for the visitor experience, says Craig. He believes it defines Highland Park because of the use of Orkney peat, which he says “burns longer and throws off more aromatics from the heather to give a softer smoke”. The distillery has tried the cheaper option of peated malt from the mainland, but even from nearby Sutherland, the whisky was simply not the same. “There are cheaper, more efficient and less romantic ways of doing this,” says Craig. “But the truth is great whiskies are not made on a spreadsheet. They’re not created on Excel.”

When he returned to Orkney after a stint at Cutty Sark, he says: “It dawned on me that what’s underpinning the whole island is its Norse heritage. The modern-day descendants of Vikings are making our whisky, and one in three people here have Scandinavian DNA.” He decided this had to be wired into the whole brand, not just a few special editions, though he admits he may have got slightly carried away during “the teenage rebellion years”.

That said, it depends on the market. Highland Park is huge in Sweden, second only to Laphroaig among single malts. It is growing rapidly in Denmark, is doing well in Germany, and is the fifth-best-selling single malt in the UK. In Europe there is no need to overplay what Craig calls “the Marvel-comic Viking”, but in the US, he reckons: “You have to be a little more Kirk Douglas, a bit more old-school. In America, we are still relatively new, we’ve been there for 10 years,” he continues. “We’re doing about 25,000 cases, which puts us with 10-15 whiskies all about the same size.” Global sales total around 140,000 cases, up from 60,000 when he first worked on the brand, concentrated in northern Europe. Meanwhile, Asian markets are relatively untapped.

This fits well with Highland Park’s stablemate Macallan, whose presence in Europe is relatively weak compared with in Asia and the US. With such a big beast hogging the limelight and Edrington’s marketing spend, Craig admits to feeling overshadowed at first. “But as both brands have grown up, we’ve grown apart,” he says. “We’re very island, slightly rougher round the edges and a bit cultish.”

Edrington’s focus on the brand has sharpened, and 2017 looks set to be an exciting year, with new expression, Valkyrie, having launched in April, new packaging designs for a number of core expressions, and a revamped website with images from renowned Danish photographer Søren Solkær.

One early blender claimed he was converting to the idea that “Highland Park is the only whisky worth drinking, and that Johnnie Walker is only fit for selling to deluded Sassenachs”. A juicy quote made all the sweeter, given that it comes from the striding man’s grandson himself, Alexander Walker, in 1914.

Click through the following pages to see the timeline of Highland Park’s brand history. 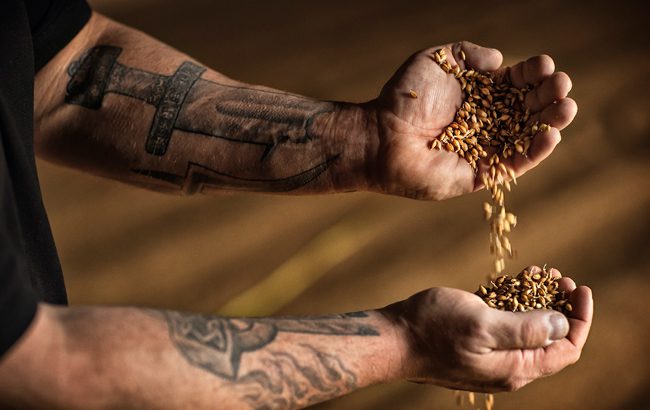 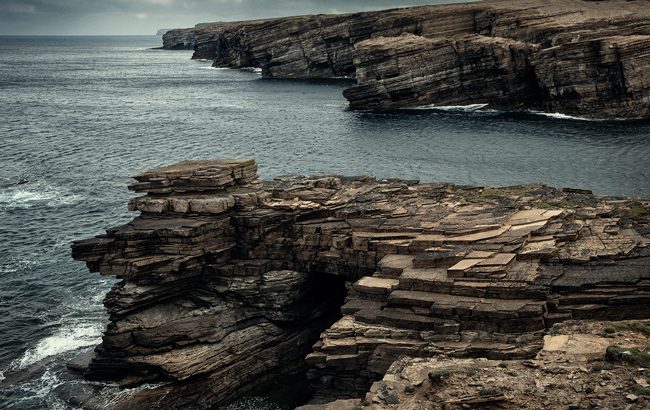 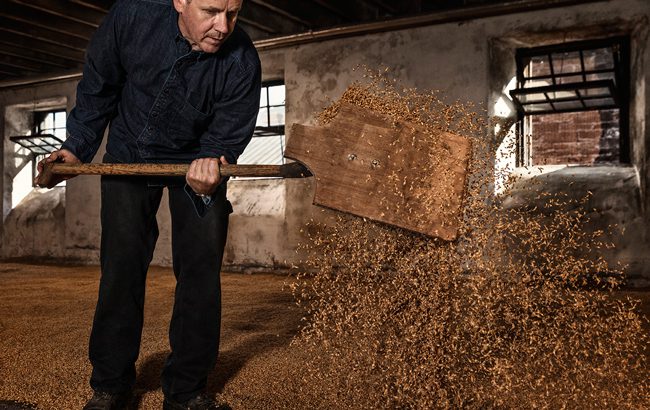 2012 The Viking-inspired Valhalla Collection is released
2017 The launch of new expression, Valkyrie