The world’s Cognac and brandy categories faced mixed fortunes in 2016 – but which fell back as others flourished? Our top 10 bestsellers list paints the global picture.

From India and the Middle East to Latin America and the Philippines, the world’s biggest brandy markets all faced challenges in 2016. And the issues were diverse, with prohibition in India threatening to curb consumption, ongoing economic uncertainty in Latin America denting disposable incomes, and a tough-talking president in the Philippines stirring up a certain amount of consumer anxiety.

Yet despite the backdrop, some brands managed to cement solid volume gains, making the most of a ‘new normal’ and shifting their product offer to meet the consumer needs of now. Brandy Brand Champion Old Admiral is a case in point, and ranks highly as a result.

Eagle-eyed readers will note that the top 10 looks very different this year. United Spirits, traditionally a mainstay of the brandy category, has shifted some of its “popular segment brands” to a franchise model, and as such declined to disclose the figures. This allowed other brands to climb the rankings – but even without the skew away from the United Spirits portfolio, there are some major shifts in how the brands stack up. 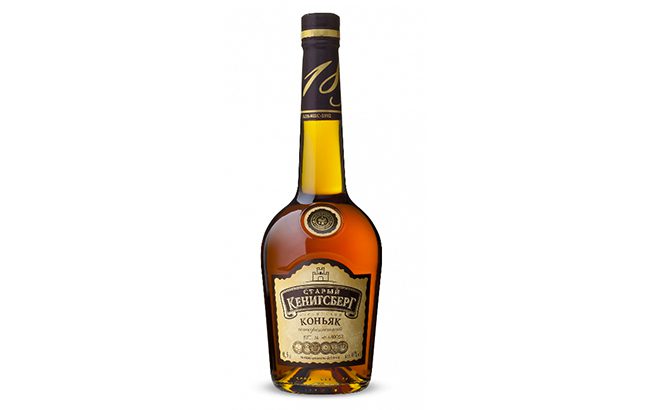 Alliance 1892 Brandy Company-owned Old Kenigsberg might have held on to the number 10 spot in the list of best selling Cognacs and brandies, but it didn’t manage to consolidate the marginal volume gains it picked up in 2015. Shedding 100,000 cases over the course of the year, the brandy could now be feeling the delayed effect of geopolitical and economic woes in Russia, where the brand is popular. But Old Kenigsberg has rebounded before, climbing a significant 7.14% from 2012 to 2013 – so don’t write it off yet. 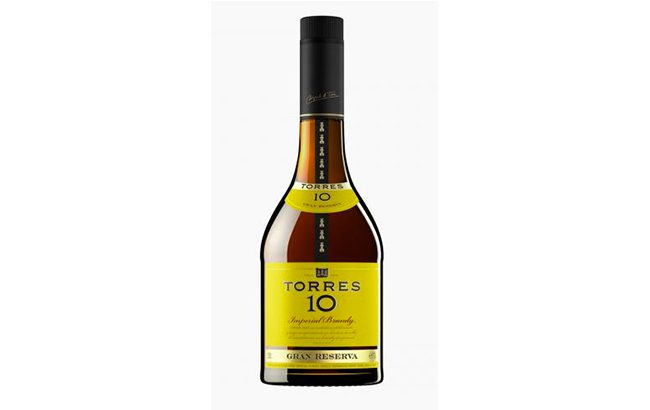 2017 marks the first time that Torres disclosed the volume sales for its brandy provision, and the data makes for interesting viewing. A company known for its wines, the brandy side of the portfolio has seen steady but marginal declines over the past five years. Torres claims its 10-year-old expression is the top-selling Spanish brandy worldwide – as such we would expect to see volumes recover soon. 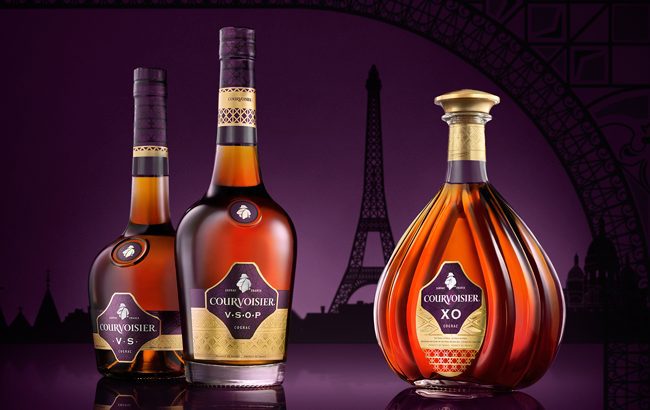 This year’s Cognac Brand Champion, Courvoisier has made an emphatic debut in the top 10 chart. After posting 3.31% volume gains for the 2016 calendar year, the Beam Suntory-owned brand has recovered from long-running and what once seemed terminal declines and, thanks to a vibrant Toast of Paris brand and marketing reboot, can be given a clean bill of health. How did the brand achieve such a striking recovery? “The on-trade has represented a great area of focus across the board,” said Jeanette Edwards, Courvoisier’s global director. “Our VSOP ‘best foot forward’ strategy, combined with our focus on key cities, has delivered a great distribution uplift in premium on-trade outlets.” We would expect the momentum to continue on in 2017. 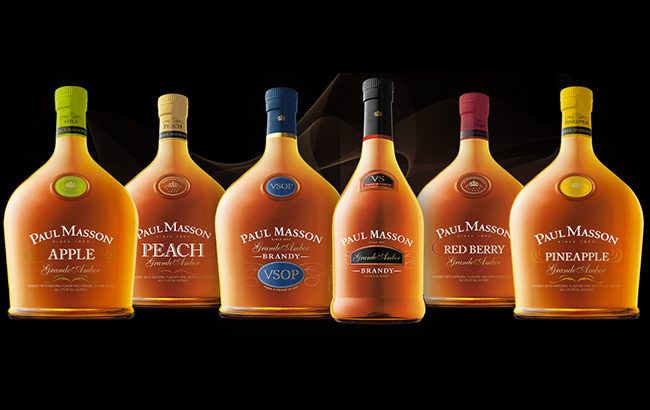 A former Brandy Brand Champion, Constellation Brands-owned Paul Masson Grande Amber is a consistent performer in the category stakes. Made in the Napa Valley for more than 100 years, the brand takes pride in its tradition yet doesn’t rest on its laurels, releasing a number of flavoured variants in recent years including a red berry expression in 2015. Will Constellation’s focus on Paul Masson slip as it acquires and develops other brown spirits brands? We hope the company can balance the needs of a heritage brandy alongside its appetite for trendier craft whiskey names. 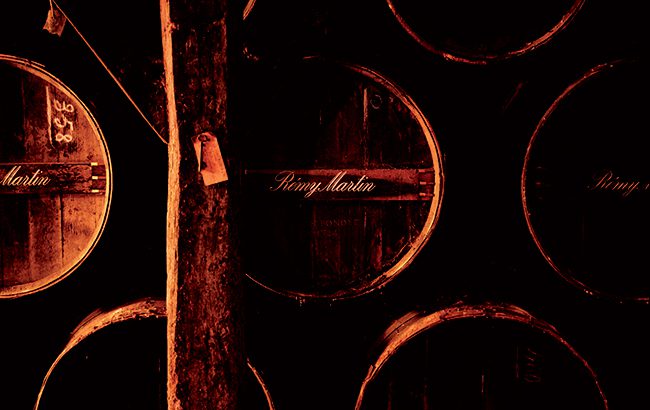 Last year’s Supreme Brand Champion Rémy Martin continued to perform well over the last 12 months, however it wasn’t able to replicate its astonishing double-digit volume gains posted in 2015. Still, an uplift of 5.26% is not to be sniffed at, and it propelled the brand across the two million case-mark for the first time. The perceived slower growth is surely the result of a strategic shift to chase XO-plus values at the expense of VS volumes – the company has completely withdrawn the quality from its portfolio. “Success comes from the clear positioning of Rémy Martin at the higher end of the market, illustrated by the radical choice of Fine Champagne Cognacs made almost 300 years ago,” Augustin Depardon, executive brand director at Rémy Martin, told SB last year. The brand must also be reaping awards from its global One Life/Live Them campaign, starring actors Jeremy Renner and Huang Xiaoming. 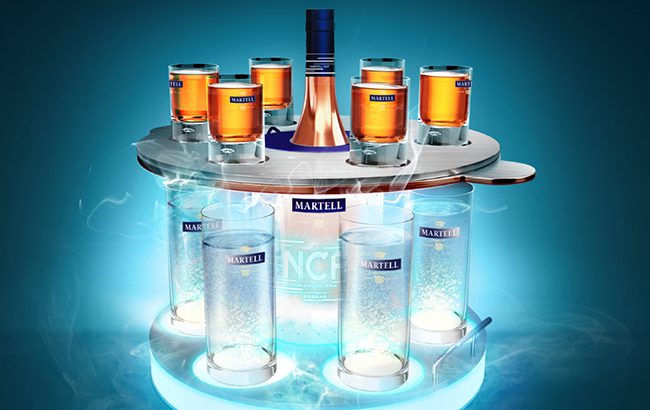 Pernod Ricard’s Martell was once head and shoulders ahead of rival Rémy Martin – but the gap is now closing between The Brand Champions’s top two Cognac players (Hennessy, as part of a privately owned enterprise, declines to disclose its volume sales). This narrowing was not helped by Martell’s lacklustre 2016 performance of -0.93%, especially disappointing when it comes off the back of the emphatic 13.99% gains reported in 2015. But the brand is innovating – recent launches include Cordon Bleu Intense Heat Cask Finish, which utilises a “first-of-its-kind” finished process, and a non-chill-filtered edition, which should ramp up momentum for 2017. 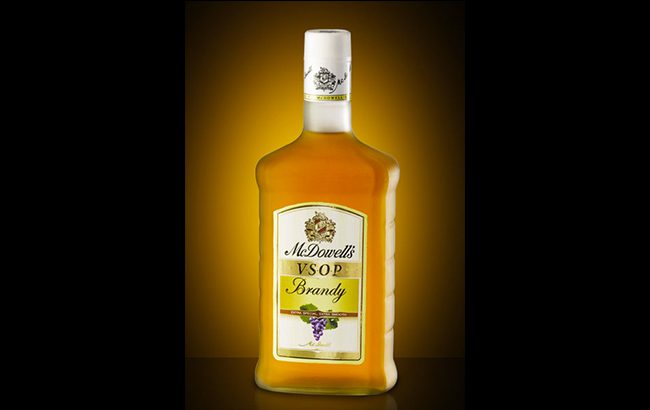 How the mighty fall. McDowell’s No 1. Brandy stacked up as the world’s second largest brandy brand in our ranking last year, second only to industry giant Emperador. Yet the brand had a disastrous 2016, shedding almost one-fifth of its total case sales, a performance that won it the dubious honour of a bronze medal in the fastest declining standings. What went wrong? It’s tricky to pin the blame on just one factor, with the Indian market going through a time of great turbulence, and parent company United Spirits going through its own internal strife culminating in the departure of controversial former chairman Vijay Mallya. Can McDowell’s No. 1 recover? The setback has pushed the brand back to 2012 levels, but if it built volumes before it can do it again. 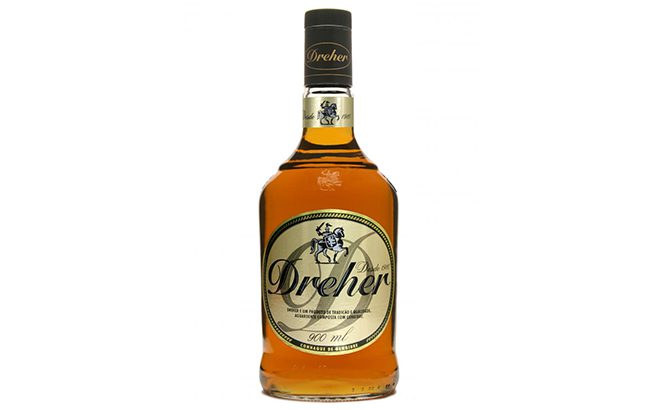 Gruppo Campari’s Dreher was one of the main beneficiaries of McDowell’s decline in 2016, managing to climb a place in our Top 10 despite seeing its own volumes slip by -1.49%. The Brazilian brandy rarely makes the headlines in a portfolio flanked by the likes of Aperol and Campari, but it remains largely stable with sales hovering between 3.25 and 3.35 million nine-litre cases for the last five years. How will it compete for attention given the stand-out spirits and liqueurs in the Campari stable? Could it be a sell-off target as the company shifts focus to higher performing brands? Questions will surround the Dreher brand unless it can recoup volumes in 2017. 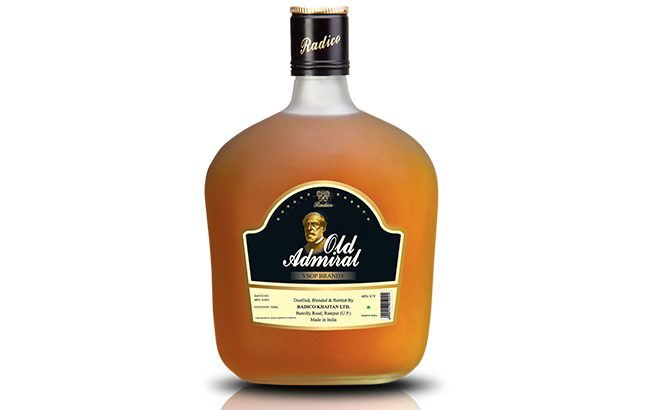 In a mixed year for the brandy category, Radico Khaitan’s Old Admiral shone, posting 5.15% gains and earning itself the title of Brandy Brand Champion. Cementing its consumer appeal as a brandy in a staunchly whisky-leaning market was key to winning volume share, Akshay Nagde, general manager marketing at Radico Khaitan says. “Old Admiral has received an overwhelming response from trade channels and consumers alike,” he says. Growth came from recruiting new consumers, and making the most of the growing migrant population in Andhra Pradesh, he continues. Will the growth be sustainable? “It is essential to continuously innovate and maintain the quality of the brand,” he says, which surely won’t be too challenging, given that the team have managed to flourish in a market where so many others have fallen back. 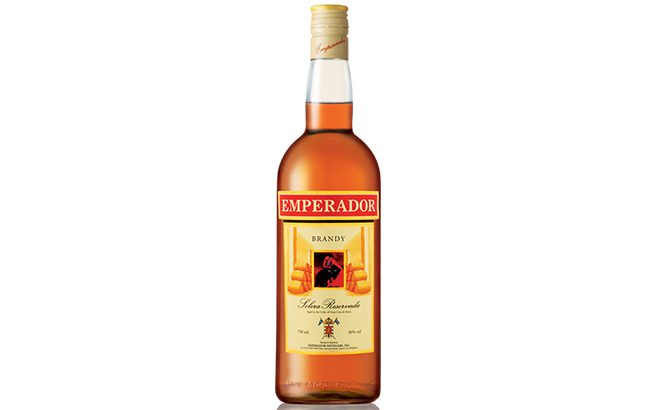 Even the world’ largest brandy brand isn’t immune to market challenges. While it remains head and shoulders ahead of the rest of the pack – and the third-largest brand across the entire Brand Champions – Emperador still shed more than 2.5 million nine-litre cases in 2016, more than McDowell’s No.1 Brandy’s entire output. Why the declines? The brand’s main markets are the Philippines and the Middle East, both regions which have seen political and economic uncertainty during the 2016 reporting year, which likely dented consumer confidence. In addition a growing export business may have shifted focus from volumes to value. Either way, Emperador’s wider financial health remains unaffected, with 2016 incomes climbing 11% to PHP7.7 billion (US$8.68bn).