Drinks maker Diageo has sued Deutsch Family Wine & Spirits over the redesign of Redemption whiskey, claiming the bottle has been “revised to closely mimic” its Bourbon brand, Bulleit. 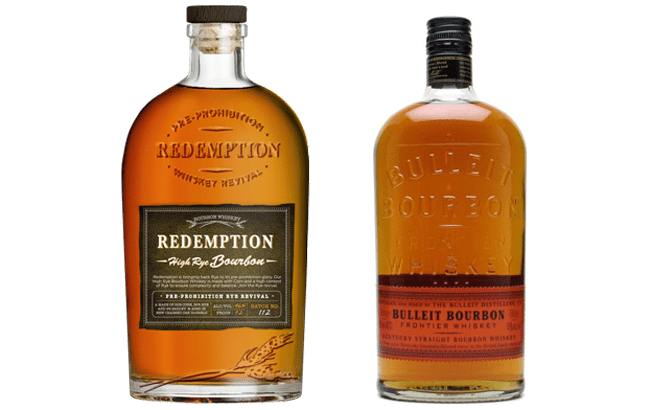 According to the World Intellectual Property Review, Diageo asserts that Deutsch Family “redesigned the bottle and label for a line of its whiskey beverage products in order to knock off the appearance and unfairly trade on the reputation of Diageo’s extremely popular Bulleit brand”.

In the lawsuit, filed at the US District Court for the Southern District of New York, Diageo stated that the packaging is “strikingly similar to that of Diageo’s Bulleit whiskey and copies the same vintage style and appearance”, therefore infringing the brand’s trademark and trade dress rights.

Diageo is seeking injunctive relief, destruction of infringing products, profits, damages and attorneys’ fees for what it calls “a deliberate and wilful attempt” to infringe the firm’s rights and trade on its “vast goodwill”.

It claimed had tried to get “defendants to voluntarily cease their infringing activity” but Deutsch Family “refused to alter the packaging for the accused products”.

Tom Steffanci, president, Deutsch Family Wine & Spirits, said: “Diageo’s lawsuit, linking Bulleit with our award-winning Redemption Whiskey, is devoid of any merit whatsoever. Redemption is a high-quality product that is marketed as a distinctive brand.

“The packaging for Redemption was thoughtfully designed to reflect and highlight a lawful trademark and to differentiate this whiskey. We will not only vigorously oppose Diageo’s lawsuit, but we will also continue to defend the integrity of the Redemption brand against any unfair linkage and/or association with Bulleit, or any other competitive product.”

A Diageo spokesperson said: “Diageo has filed a lawsuit against Deutsch Family Wine and Spirits for its wilful infringement of the Bulleit trade dress, which they copy with their new packaging and labelling for their Redemption line of Bourbon and rye whiskies. Diageo is taking this step to protect our legendary brand and marks.”