While crafting a delicious cocktail is second nature for bartending professionals, presenting the creation to a judging panel requires an altogether different set of skills – as actor and cabaret performer Reuben Kaye attested at Bacardi Legacy 2017.

At the Bacardi Legacy Cocktail Competition 2017, this year hosted in Berlin, Germany, Kaye took to the stage to impart words of wisdom to competitors over an entertaining evening seminar spanning preparation, nerves, and audience psychology.

Kaye addressed 38 bartenders hailing from countries across the globe as they readied to take to the stage for the semi-finals.

“Stage fright is your body perceiving the activity of going on-stage as a threat,” says Kaye. “It’s your body going into flight or flight syndrome, which is a flooding of adrenaline into your body. That is why you shake, that is why you stutter – muscles are being flooding with adrenaline that they have no way or absorbing and processing. Your digestive system also shuts down in your flight or flight system to devote all of its energy to the task at hand.

“You’ll find your palms and your feet tend to get cold and sweaty, and that’s because your body is drawing blood out of your extremities and pushing it all into the core of your body to protect your internal organs – because it thinks you’re about to fight a woolly mammoth, not make two drinks in under seven minutes.”

His tips were clearly noted by Ran Van Ongevalle from Belgium, who went on to triumph in the global final just days later.

Click through the following pages to discover Kaye’s top tips for stage success at a cocktail competition.

To view a picture round-up of the week’s events, click here. 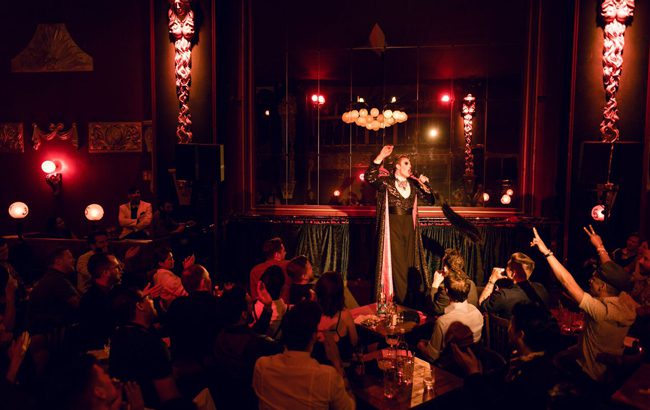 First things first: How to tackle that surge of adrenaline. “Aerobic activity,” says Kaye. “It’s literally that simple. The reason your body is flooding with this adrenaline is so you can kill that woolly mammoth, so you can run away from the perceived threat.” If you’re worried about shaky hands and stuttering, direct the activity to those localised areas: “Pump your hands and arms… move your face around – be an idiot! – just to get those muscles moving”. While deep breathing exercises are beneficial, he recommends working meditation techniques around aerobic activity for the best results. 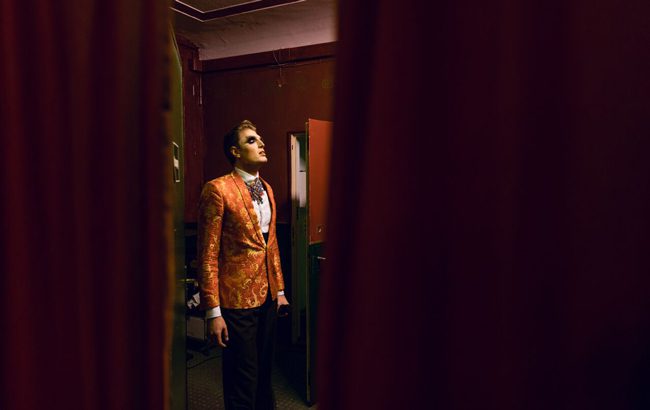 You might practice your speech 100 or even 150 times, Kaye says, but rehearsing it in the same relaxed environment is not going to yield results. “It’s not about repeating the same thing over and over,” he explains, “it’s about repeating it 50 different ways, it’s about repeating it in different orders”. He recommends changing up the process, so that the presentation becomes “unshakeable” – on a treadmill, or in different emotional states. “What I create doesn’t happen on stage, and it doesn’t happen in the audience, it happens when the two meet.” Kaye adds. “You’ll find that an audience alters your perception and your performance inestimably. Don’t rehearse in a vacuum.” 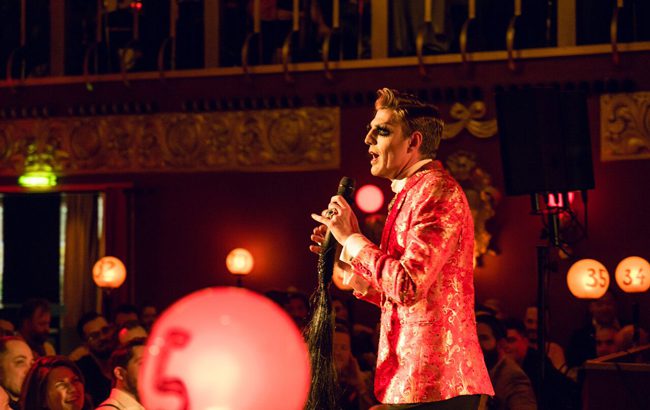 “You will have won the game in your first four seconds of walking out on that stage,” Kaye states.”Your first three-to-four seconds on stage are a gift because – and here is the big secret of every performance – there is no such thing as an audience (or a judging panel) that wants you to fail.” A “warm crowd” is waiting for you to set the tone, he says, and it’s important to realise that “what you say is not half as important as what you do” because the audience only ever wants to be in safe hands. 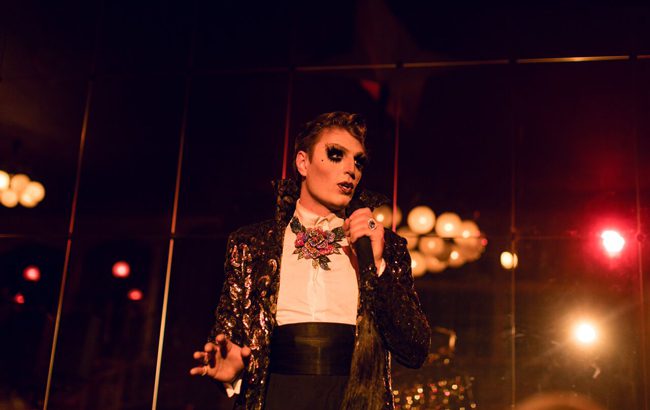 “There is nothing interesting about actual success unless it’s honest and humble,” he says. “The best thing anyone has ever said to me was KISS – ‘keep it simple, stupid’.” For Kaye’s act, it boils down to four factors: vocal performance, comedic delivery, appearance, and fearlessness – everything else is extraneous. He encourages competitors to find a streamlined version of what they want to say: “You can say a lot in seven minutes and at the same time say nothing. But if you say one thing beautifully, that’s powerful.” 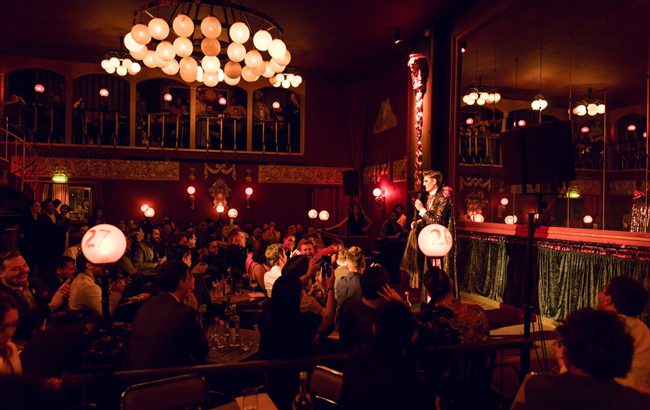 To make the most of your presentation, it’s key to remember that an audience is a group of individuals having a collective experience. “The audience operates in two minds,” says Kaye. “Remember that you’re talking to, effectively, two people – a group and also individuals. Key into everyone’s need to be addressed as a whole, and every person’s need to be interacted with on an individual level.” That doesn’t mean you need to address every single person – “the people that you haven’t dictated to personally still see that individual interaction that you had and they feel that for themselves,” says Kaye. This too is where rhythm and pace is key. Speaking of delivery, he says: “If the punchline is not that great but the rhythm is right, the audience will think it was hilarious because of a swarm reaction – a hive mind.” 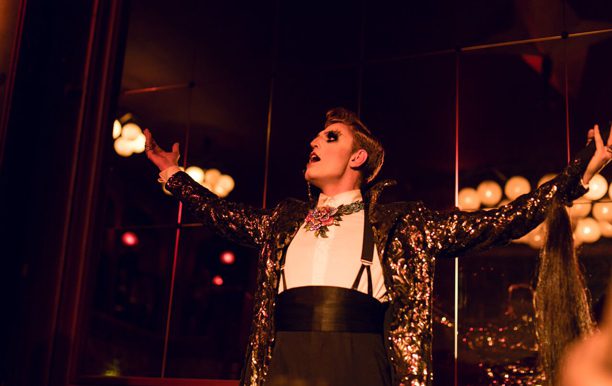 “Remember this: any time you go on stage – especially for a competition – do you know what makes people remember you? F*ck-ups,” says Kaye. This is not because of the error in itself but because it creates humanity. “It means they see you as a person, not a product,” he explains. “Don’t get me wrong, being a flawless product is a phenomenal thing but if you can’t temper it with your humanity then you’re either arrogant, or you’ve missed the point, the connection between your industry and performance. Your industry is based on personal connection.”