Having been hit by the Chinese government’s austerity drive in 2012, last year, Cognac sales recovered and are now looking healthy. Our Cognac Masters 2017 sought to discover whether this new-found stability is reflected in the liquid. 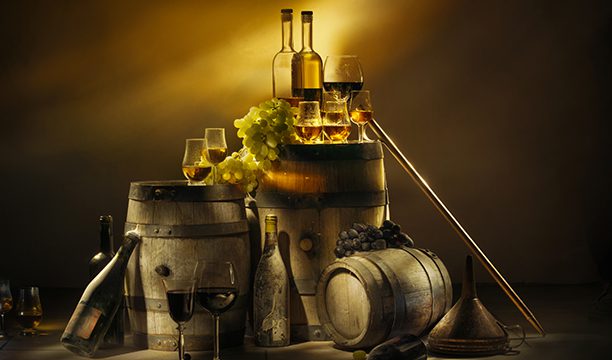 New year, new start – a mantra that held merit for the Cognac sector in 2017. Figures from the Bureau National Interprofessionnel du Cognac, published in January, showed volume and value sales climbed by 6% and 6.8% respectively in the 2016 calendar year, resulting in a turnover of €2.76 billion (US$3.2bn). Those sales reached the “highest level”, cementing recovery from the declines prompted by the Chinese government’s 2012 austerity drive. As such there was a spirit of celebration as judges met to taste, assess and debate the entrants in the 2017 Cognac Masters. Arranged into flights according to price, age statement, and other notable characteristics, each sample was assessed blind and on its own merit according to appearance, nose, palate, and balance.

Taking up the challenge of selecting the Silver, Gold and Master medallists in the elegant environs of Regent Street’s Aqua Nueva, were Nicola Thomson, Practical Matters director; Tobias D. Gorn, cigar and whisky sommelier at Boisdale of Belgravia; Matt Chambers, freelance spirits writer and co-founder of blog Whisky for Everyone; Julie Campbell, a freelance industry consultant; Nikos Peratinos, bar manager at Aqua Nueva and Aqua Tokyo London; and Amy Hopkins, deputy editor of The Spirits Business, chaired by me, Kristiane Sherry, editor of The Spirits Business.

The first flight was the No Age Statement Premium assortment, which produced a Silver medallist in Cognac Bache-Gabrielsen American Oak. “For a no-age-statement in the premium bracket, it’s perfect,” said Gorn. “It’s balanced, round, with a touch of spiritiness – if you want to mix it in a premium cocktail, no problem. It stands up.”

After bemoaning the “unhelpful” price brackets, which “are just not clear to consumers – and Cognac’s expensive anyway”, the judges moved on to a much larger flight of VS Premium expressions.

While the panel was, on the whole, pleased with the quality of the flight, Peratinos raised the issue of consumer preconceptions. “We don’t stock VS – it’s perception. There are a lot of consumers pre-judging and VS can be seen as a ‘pub’ Cognac.”

But Hopkins foresees a change of fortunes for the segment – something much needed, given that one of the biggest houses in the world, Rémy Martin, has announced it is culling the age statement altogether. “It will get better,” she said. “Growth is coming from VS and VSOP, so I think producers will put more effort into the entry-level expressions.” 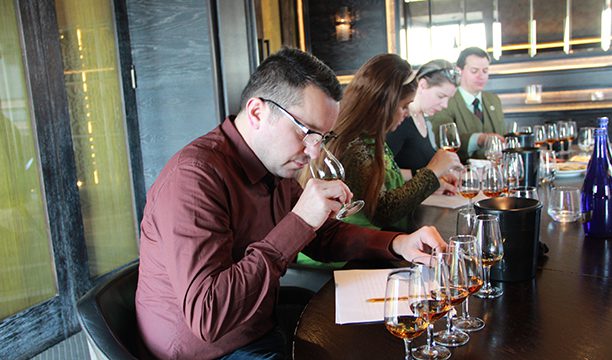 The next flight was a VSOP Premium selection – another to produce two Gold medals: the “absolutely brilliant” Honor VSOP Cognac, and the “elegant, vibrant and classy” Merlet Brothers Blend VSOP. “It was an interesting flight, but I don’t think the diversity and characterfulness of the segment was there across the board,” said Thomson.

The lack of apparent experimentation from producers was a common peeve, but the judges did agree the liquid was “good, solid and reliable”. The panel moved on to the VSOP Single Cru flight. Another duo of Golds emerged, led by Cognac Frapin VSOP.

“It’s refined with finesse and style,” said Campbell, who remarked that it was her top expression of the day so far, while Cognac Roullet VSOP Grande Champagne was deemed “outstanding”. “It’s got complexity in terms of intensity and length,” said Gorn.

“These producers did try to put some innovation in – this flight was perfect for the consumer that wants to know more about Cognac,” he continued. “It’s the next step along to falling in love with the category.”

After a heated debate about defining “quality” in more unusual expressions, the panel unearthed the first Master medal of the day in the VSOP Single Estate flight.

“I loved the pronounced, expressive nose of Pierre Morin Cognac VSOP – there were layers from the first suggestion of sweetness to the dry spicy fruit on the palate,” Gorn continued, with Hopkins agreeing the expression was “incredibly well-integrated”.

Leyrat VSOP continued the excellence and was awarded a Gold for its “smooth and delicate nose” and “very elegant palate”.

The judges praised the diverse flight – and thought both expressions represented good value for money. “While these two were complete opposites stylistically, they are very well made,” Campbell summed up.

The judges moved up into the XO Premium flight. After being treated to a strong VSOP hand, they were disappointed to discover a selection of older liquids that “didn’t quite deliver”. But they did find five Silver medallists that represented a “new, modern type of XO”.

Would the XO Ultra Premium flight up the ante? In short, yes. The panel awarded five Gold medals, recognising both the step up in quality, and the apparent increase in confidence from blenders to allow character to shine through with age.

“Camus XO Borderies is gentle and delicate on the nose, like an XO should be,” opened Thomson. Chambers meanwhile revelled in the “lovely fruity nose” and “deep, complex palate” of Louis Royer Extra Grande Champagne. Renault Cognac Carte D’Argent also delighted, winning high praise for its “nutty, cocoa and buttery” complexity. Martell XO completed the Gold rush, lauded for its “particularly expressive” nose. The field left quite an impression. “It’s a noticeable step up – and I’d rather pay for the quality over quantity,” said Chambers.

The Gold theme continued, with the next small but perfectly formed XO Single Cru flight seeing a further Gold medal awarded to J.Dupont Art Déco XO Grande Champagne, deemed “perfect for the Cognac fan who loves their Cognac” by Peratinos.

The penultimate XO Single Estate flight comprised another stellar duo – with one Cognac shining so brightly it was given the second and final Master medal of the day.

“It’s exquisite,” exclaimed Chambers of Pierre Morin Cognac XO Elegance, leading the praise from the panel. For Peratinos, the balance was “just perfect. From the nose to the palate it just blends”. High praise indeed.

A pair of Single Vintage expressions completed the Cognac offering for the day with a duo of Golds. “Hermitage 1987 Grande Champagne Cognac was heavy, but opened up with some water,” said Chambers of the 47% abv expression, while Hermitage 1967 Petite Champagne Cognac, was deemed “punchy but quite elegant”.

“It was an interesting showing over the day because I was expecting more for a lot of the VS and VSOPs , but in terms of commercial viability and value for money, they were pretty good,” said Campbell.

“Ultimately I wanted to see more boldness,” said Hopkins. But, she mused, given the tough times for the category in recent years, could greater stability bring out Cognac’s playful side? The panel certainly hoped so.

Click through the following pages for The Cognac Masters 2017 results in full.