From Finland to New Zealand, SB is shining a spotlight on a selection of ‘new-world’ producers that are catalysing change in the global whisky category ahead of World Whisky Day on 20 May.

While new and old world wine regions are clearly defined, with lesser-known winemakers increasingly garnering the same respect as their established peers, the same cannot be said for the whisky category.

Outside the traditional Scotch, Irish and American identities – which for the most part are subject to tight regulations – whiskies tend to be stylistically indistinct and are often overlooked by the category’s devoted drinkers.

With this in mind, The Spirits Business has picked out a selection of deserving ‘new-world’ distilleries in celebration of innovative producers across the globe that are attempting to shaking up the sector.

Click through the following pages to discover our pick of top ‘new-world’ whisky distilleries ahead of World Whisky Day this coming weekend.

Have we missed off your favourite? Let us now in the comments below. 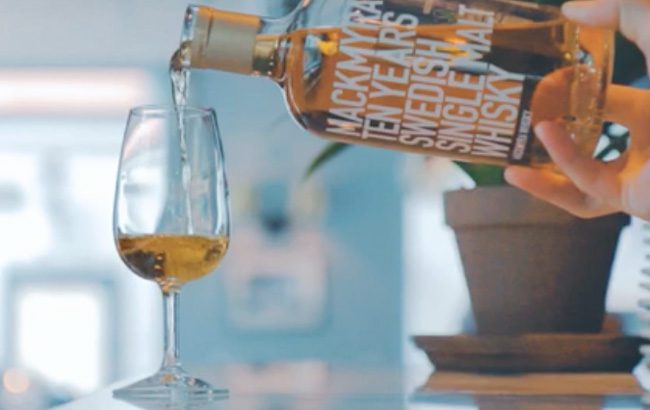 In April Mackmyra announced that the Bruk site is to reopen as the Lab distillery and run as an independent venture, with the initial product idea to be presented at ‘Mackmyradagen’ or Mackmyra Day, held on – you guessed it – 20 May.

Earlier this week, the producer announced the launch of a 10-year-old expression – said to be Sweden’s first age-statement single malt whisky – in select export markets. 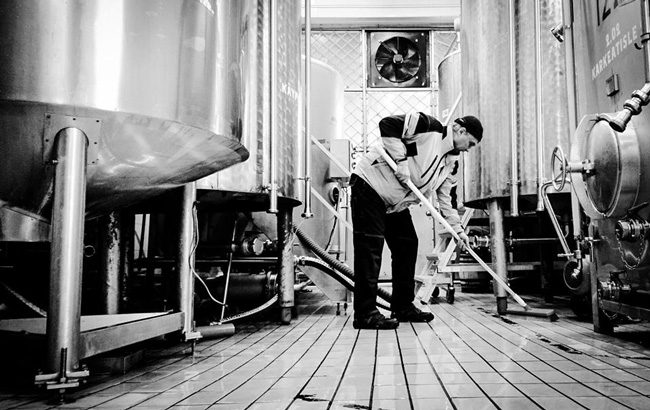 Located in an old dairy in the Finnish village of Isokyrö, Kyrö Distillery Company is committed to distilling its entire portfolio from 100% whole-grain rye.

According to the brand, rye is the “most Finnish” of grains and gives a hint of spiciness when added to spirits.

The stills first ran with liquid in 2014 – as such the brand has just one whisky in its stable, named Juuri New Make. Juuri means ‘root’ or ‘origin’ and is the new make spirit for what is set to become the first Nordic single malt rye whisky.

The liquid is said to have “sweetness and light spicy rye” on the nose, an “initial dryness on the palate”, with notes of liquorice root, aniseed and lightly spiced traditional Finnish rye bread. 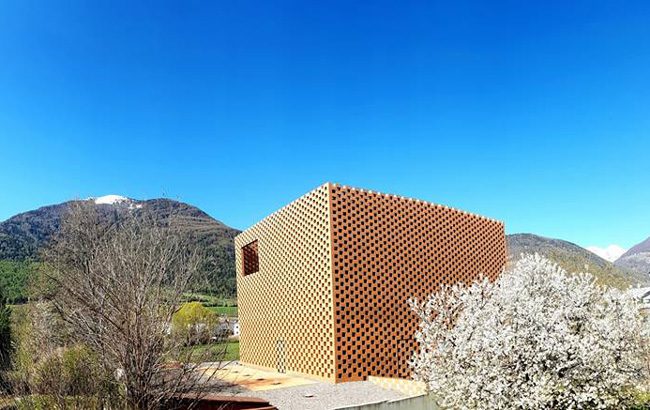 Located in South Tyrol in the Italian Alps, Puni distills locally-sourced grain in traditional Scottish copper pot stills, and claims that its whisky matures faster than liquid distilled in other parts of the world due to “considerable seasonal temperature variations”.

Puni Nova has been matured for three years in American ex-Bourbon barrels and then finished in European oak casks, while Puni Alba is matured for more than two years in Marsala dessert wine casks and one year in ex-Islay casks. 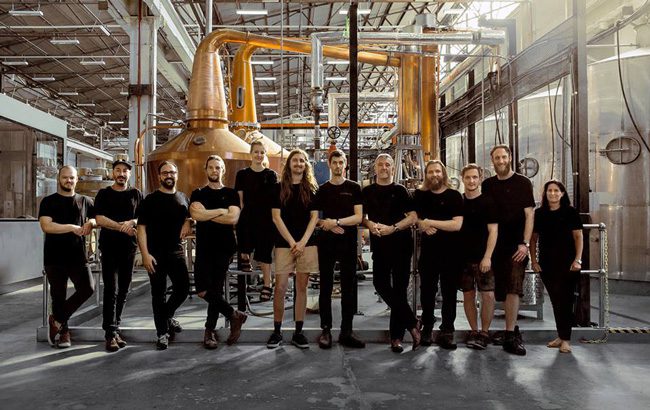 Launched in 2009 by David Vitale, the New World Whisky Distillery was previously based in a former aircraft maintenance hangar outside of Melbourne, Australia.

Last year the team moved to a new site in Melbourne’s Docklands Precinct, allowing the distillery to double capacity to 50,000 nine-litre cases annually.

Distill Ventures – Diageo’s investment and mentoring business – invested in the single malt whisky brand back in 2015, but did not disclose the sum. 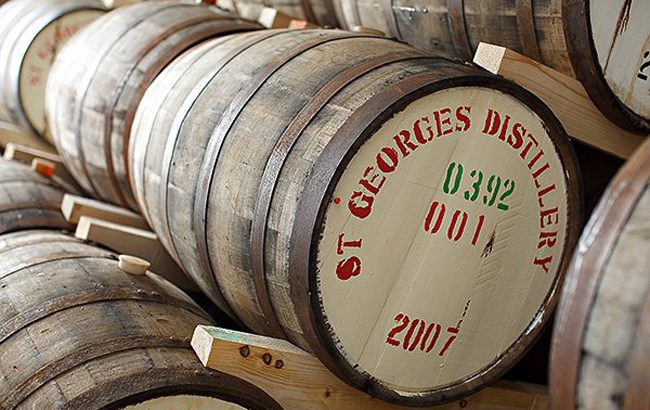 Based in Norfolk in England, St George’s Distillery is home to The English Whisky Company, and launched the first legal English whisky in more than a century back in 2009.

The distillery, founded by Andrew Nelstrop and the late James Nelstrop, sources its barley, yeast and water from within England.

Since its inception, St. George’s has wasted no time in producing a varied range of whiskies, including peated and unpeated, Bourbon-matured, Sherry-matured and rum cask-finished.

Each bottling is named after a ‘chapter’ – currently Chapter 16, a peated sherry cask-finished whisky – resulting in ‘The Book’. 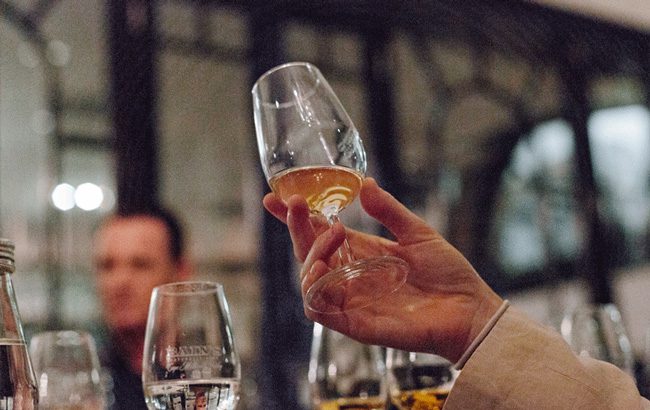 Owned by Distell, The James Sedgwick Distillery is the only commercial whisky distillery in Africa, first established in 1886.

Based in the farming town of Wellington, the site produces Three Ships Whisky, a range of blended and single malt expressions, and Bain’s Cape Mountain Whisky, said to be South Africa’s “first and only” single-grain whisky.

Though Taiwan’s state-owned Nantou Distillery was founded in 1978, the first whisky was not produced until 2008.

Production only takes place between October and April, due to the hot, humid climate, resulting in around 5% of the liquid lost to evaporation annually as the whisky ages. 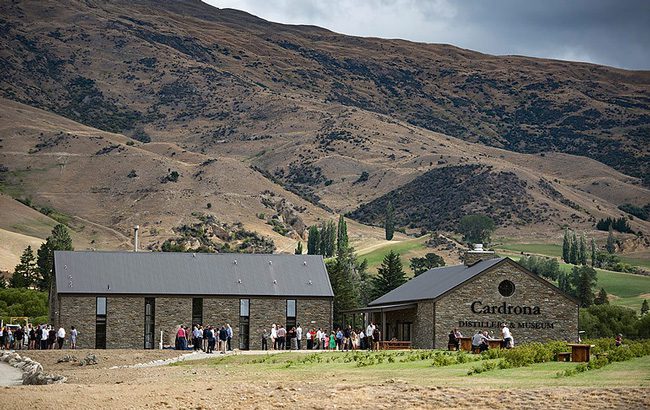 Cardrona is a family-owned distillery nestled high in New Zealand’s Southern Alps between Wanaka and Queenstown.

Using Bourbon barrels from Kentucky and Sherry casks from Spain, the distillery plans to release a 10-year-old “Speyside-style” single malt by the mid-2020s.

The first cask was laid mere months ago back in November 2016, so in the meantime, Cardrona is producing The Reid Single Malt Vodka, made from malted barley, water, and yeast and using the same methods that created the initial white dog liquid.