As the world’s oldest distilled spirit brand, Lucas Bols is looking to history as it seeks to fill back bars around the world with genever once again. 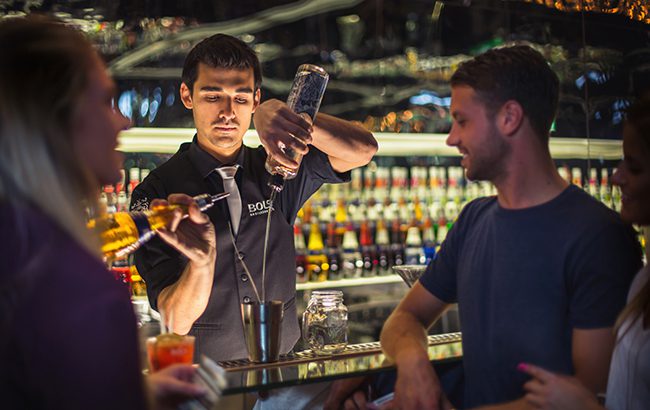 “Bring back the forgotten spirit! That’s what I always say,” quips Huub van Doorne, CEO of Lucas Bols, in a meeting room above the company’s cocktail and genever experience in Amsterdam. Since 2008, van Doorne has been on a mission to revive ‘the grandfather of gin’. “The Dutch, we have a beautiful product, genever, but we tend to like what is coming from the rest of the world a little bit more,” he chuckles.

The family-run company that later became known as Lucas Bols was founded in 1575 at Het Lootsje, ‘The Little Shed’ distillery, just outside the capital city. Distillation took place outside using water from a stream.

The affinity with the VOC proved fruitful, granting the company exclusive access to herbs and spices from around the globe – a relationship that would endure when influential grandson and company namesake, Lucas Bols, took the business’
reins during the Dutch golden age in the 17th century. Bols crafted 200 varieties of liqueurs, which he sold in the world’s ports, stimulating global demand for the range.

At home, his products went down a treat with his friend and neighbour Rembrandt – so much so that the artist ran up debts at the distillery, and was known to settle his dues with his students’ paintings.

The business was run by the family until 1816 when it was sold after the last male heir died. There was just one stipulation – the company must retain the family name.

New joint-owner Theodorus Van‘t Wout mapped out the future of the business, convincing Johannes Gunther, the master distiller of Bols’s largest competitor, Wynand Fockink, to join his team, and recording every recipe the company created for 12 years. In 1820, its genever formula was adapted to offer a better balance of malt wine, neutral grain alcohol and botanicals – the recipe that was relaunched by van Doorne in 2008.

Over the decades that followed the business changed hands as it developed, all the while retaining a firm focus on liqueurs.

It was not until 1883 that the Bols company created its first barrel-aged genever or ‘Corenwijn’. Expansion continued until the company was listed on the stock market in 1954.

By now, Bols had cemented its place as a global brand. Genever was a sure-fire hit with the bartending community – Jerry Thomas famously listed genever, or ‘Holland Gin’, as a key ingredient in many cocktails in the world’s first cocktail book, The Bartender’s Guide, in 1862 – and it also garnered the love of the jazz circuit.

“Jazz legends such as Ray Charles discovered it while travelling through Europe and fell in love with the spirit,” says Bols UK brand ambassador Michael Mann. “In fact, Charles had a clause in his contract requiring a bottle of Bols Genever in his dressing room before each performance.”

In 2000, Rémy Cointreau paid CVC €510m (US$548m) for Bols, revitalising the brand’s image to target a younger market, before selling the business five years later. The Bols brand was again involved in a management buyout, this time led by Rémy board member van Doorne, and financed by the Dutch investment group ABN AMRO to the tune of €210m (US$225.7m).

Under Huub’s leadership, the company embarked on a mission to create a globally recognised on-trade liqueur brand and become a “leading authority in cocktail- making”; launching Europe’s largest bar school, Bols Bartending Academy, along with House of Bols in Amsterdam in 2007. The brand ranks as the top liqueur company outside of the US market, and number three within it.

Overall, it “has room to grow” in the cocktail scene – the development of which the company monitors closely. With a presence in more than 110 countries, van Doorne responds to what he calls the cocktail “wheel of development” on a market-by-market basis. “If we’re in a city where it’s just starting, then of course we would offer a limited range of our brands,” he says. “In the US, we have 40 liqueur flavours.” With trends, “sometimes you are a little bit ahead of the curve, and sometimes you try to adapt to what is happening in a given market,” he adds.

Now van Doorne hopes to return genever to its former glory in the Netherlands and beyond – in 2014 Bols moved distillation back to Amsterdam for the first time in 45 years from various parts of Europe. Progress is “step-by-step” and requires bartenders and consumers to be “convinced, almost one by one”, to rediscover the category.

Nevertheless, “there are still people who recognise genever,” he says, citing cocktail historian David Wondrich among others. In 2008, before the relaunch, a ‘top bartender’ gave van Doorne a book he had written, with ‘when will you bring back the forgotten spirit – genever?’ scrawled on the inside page. Proof, if any were needed, that the bar community is vigilant.

Click through the following pages to see the timeline of Lucas Bols’s brand history.

1816: The widow of the last male Bols heir sells the company on condition that the Bols name is retained

2006: Lucas Bols is independent after a buy-out led by Huub van Doorne

2015: Lucas Bols is relisted on the Amsterdam Stock exchange