Is it possible to balance bartending and parenthood?

From spilled drinks to those dreaded night shifts, on the surface, parenting can be a lot like bartending. But how do you go about balancing cocktail mixing and caregiving? 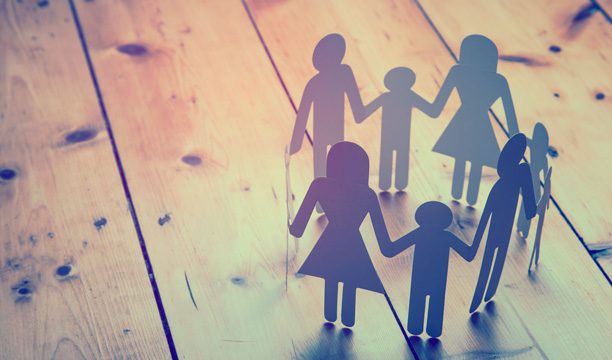 A career in the drinks industry can be physically demanding, requiring its workers to consume unhealthy amounts of alcohol and work all hours of the day and night. Whether you’re a bartender shaking up cocktails or an ambassador who travels extensively to educate consumers and the trade on the virtues of your brand, add children into the mix and it can become a lot more challenging.

“Over the past few years, the industry has begun to recognise that bartending isn’t just a short-term gig anymore. There are real career paths open to bartenders now,” says Henry Yates, UK sales and brand ambassador for Burleighs Gin.

As these career paths open up, more bartenders and brand ambassadors are finding themselves juggling childrearing responsibilities with the demands of work. Without careful management, this can take a toll on many parents’ lives – especially as numerous aspects of the industry have not evolved to match career longevity in the channel.

Whether in the on- or off-trade, time management is a significant challenge, particularly if you’re a bartender who doesn’t know rostered hours even a week ahead of a shift. Often brand ambassadors and marketing managers have to attend evening events or travel at the drop of a hat. Add in dependants – either children or family members who need care – and it becomes a near-impossible juggling act.

So what is the key to keeping a balance between work and personal life? Drinks giant Diageo and restaurant chain Leon are both backing ‘Hire Me My Way’, a national campaign aimed at increasing the numbers of quality, flexible jobs in the UK. In November 2016, Leon launched a flexible-working scheme to allow staff to fit their hours around family life, promoting ‘Parent Shifts’ to help them return to work while managing childcare responsibilities.

“Creating enough time to see [my kids] and getting them interested so they understand why daddy is away most nights is key,” says Chris Edwards, co-owner of The Shrub & Shutter and First Aid Box in London, who has two boys, Blake, five, and Freddie, two. “A healthy life rota and an understanding boss helps.”

Yates, who has a five-month-old son, Milo, is also allowed some flexibility. “Talk to your employers,” he advises. “Flexibility works both ways – as along as I meet my commitments, I can set my own hours. The late nights and trips away don’t seem so bad when I’m able to spend a mid-week morning hanging out with the little guy or answering emails with him next to me – that’s time the nine to fivers don’t get.”

Talking to employers and asking for flexibility at work is key. But this isn’t always possible, and for some, being stuck between the worlds of work and parenting means there’s rarely the opportunity to fully focus on one or the other.

US-based Star Hodgson worked behind the bar up until an hour before her second son was born. She then moved to a distributor mixologist role with a regular schedule and benefits, but after three years it became clear that the schedule she was promised wasn’t going to happen. She moved to a part-time no-benefits role as Louisiana brand ambassador for Mezcal El Silencio to accommodate her family life; her husband and two boys, Cypress, 10, and Drake, seven.

“I think parenting, mothering, householding, working, and socialising are constant juggling acts that one is always in search of balance for. I’m not sure with any of those you ever really feel you are devoting enough time to each. Something always gives at one end or another.”

And with pregnancy and parenting being at such odds from the typical on-trade lifestyle, it’s no surprise that the sudden change of pace can result in a kind of identity loss. “I found it challenging working in a bar and not being able to drink when I was pregnant, going from full-on party girl to being stone-cold sober,” says Kat Shute, general manager of Wah Kiki in Brighton, UK, who has a two-year-old son, Axel. “When you’re forced to not drink, it can be really boring. But, it’s not as hard as people think it is. I used to be able to go out drinking every night and now I can’t. I have to be home by 8pm for the end of the babysitter’s shift; it’s distinctly not rock n’ roll.”

But there are some positives, Hodgson claims. “Bartending is extremely physical work and is very demanding in terms of energy. However, it allows some flexibility to your schedule and if you are good at it, it can pay your bills faster than a 40-hour-a-week desk job.”

Managing a career in the drinks industry with meeting family commitments can leave some people feeling frazzled. After all, few on-trade roles offer the same benefits provided by other careers.

It’s important to note that workplace rights for parents will differ in different countries. In the US, there is no paid maternity leave, whereas in Britain parents are entitled up to50weeks–37ofwhicharepaid–and can be shared by parents if they meet eligibility criteria.

“Most bars and restaurants do not offer health insurance, sick days, set schedules,” explains Hodgson. “These are important necessities in child raising. And all-night day care is expensive, if you can find it.”

It gets worse if your manager isn’t familiar with statutory requirements, adds Yates. “The hospitality sector is notorious for bosses who don’t seem to think employment law applies to them. I know pregnant women who have been put under pressure to perform exactly as before, with no consideration of their legal rights, health and condition – demands that would be unthinkable in another sector.”

Employers and staff need to know their rights and stick to them, particularly, it would seem, in hospitality. This becomes complicated, depending on where you are in the world. Though it may not be possible for every employer to offer paid leave in every instance, US-based Hodgson suggests flexibility for key responsibilities and breaks for breastfeeding as a minimum.

“Work rights information should be posted and clearly explained – maternity-care information too – if insurance isn’t offered through the workplace, and breastfeeding rights posted and respected,” she says. “From a private place to pump, to allowing the time do it, breastfed babies are healthier and require less time off due to sickness so it absolutely benefits the employer.”

Yates adds: “The biggest challenge is reconciling your role as a parent with the need to be involved in what is largely a day- and-night job. You have to come home from your job in the industry and straight away start your other job as a parent. The people who succeed in the drinks industry are often the ones who put the hours in during the day and build relationships at night.”

But he is confident a balance can be struck: “People working in the drinks industry are often open-minded and less conventional than in other professions, and in my type of work there is scope for managing your own time and making it work for everybody.”