The Estonian spirits association ATML has launched a campaign encouraging consumers to drink a glass of water in between each alcoholic serve. 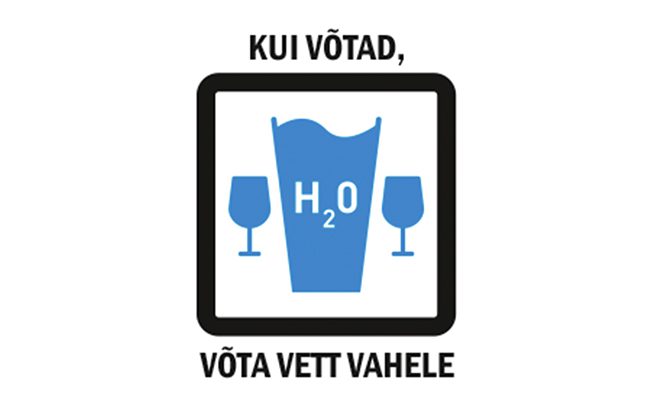 The responsible drinking initiative ‘If you drink, drink some water in between’ was created by a coalition of retailers, the on-trade, the bartenders’ association and the Estonian Sommelier Association.

With water is not usually offered to customers for free in the country, the campaign also calls on on-trade venues to act.

45 bars and nightclubs signed up to the scheme and now display a sticker (pictured), indicating that they will serve complimentary water to customers.

In addition, five major retail chains placed more than 650,000 neck hangers on bottles to encourage consumers to follow the guidelines when consuming alcohol at home.

The group also released a video so the campaign can be shared more widely.

“The objective is to slow the pace of drinking, reduce dehydration that occurs when consuming alcohol, and favour moderation on a night out,” according to trade association Spirits Europe.

A second phase of the campaign is due to roll out this autumn.

The Estonia activity follows a 2016 consumer campaign from Spirits Europe backing its stance that calorie information for alcoholic drinks should be given per glass.