Suntory’s renowned Yamazaki Distillery has long been a pioneering force in Japanese whisky, but its story has only just begun. 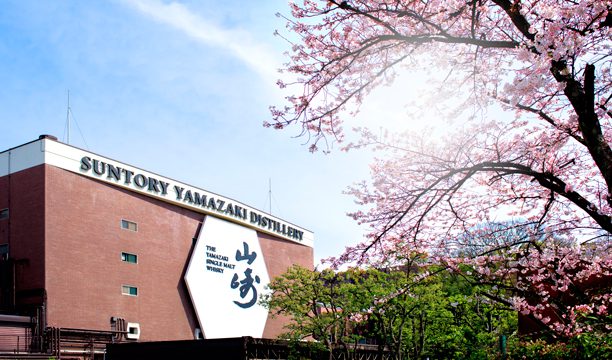 The rapid growth of the Japanese whisky industry in recent years has been nothing short of remarkable. As consumer thirst for the spirit explodes, the international reputations of distillers have rocketed, resulting in record sales and numerous accolades, in addition to price hikes and stock shortages across the sector. Trace the timeline of Japanese whisky’s success and it becomes clear that there was one distillery that started it all – Yamazaki.

Established by Shinjiro Torii, founder of Japanese drinks group Suntory, Yamazaki became Japan’s first whisky distillery in 1923. It is located at the foot of Mt. Tenno in the rural town of Yamazaki, in Shimamoto, Osaka, where the Katsura, Uji and Kizu rivers converge. The area is famed for its misty climate and soft waters – so much so that Sen no Rikyu, master of the Japanese tea ceremony, set up his teahouse in Yamazaki. According to Suntory, Torii was inspired by the traditions of Scotch whisky but sought a point of difference by building his distillery in a uniquely Japanese terrain.

Torii started his career at a pharmaceutical wholesaler, which also distilled western alcoholic beverages. In 1899, at the age of 20, he founded Torii Shoten in Osaka and started producing wine, launching the successful Akadama Port Wine, a sweet wine liqueur, eight years later. Torii then set himself an ambition to create a distinctly Japanese whisky with the build of Yamazaki. “We recognise this as the beginning of the history of Japanese whisky,” says Mineyuki Motoyama, general manager of Suntory Spirits’s whisky and imported liquor marketing department.

Torii became the first master blender for Yamazaki, which started distilling in 1924 and released its first product – Suntory Whisky ‘Shirofuda’, or Suntory Whisky ‘White Label’ – in 1929. Despite being the first authentic Japanese whisky, the product was not well received in its home market due to a consumer taste for more subtle flavours than those in traditional Scotch whiskies. Suntory found domestic success in Shinjiro Torii 1937 with the launch of Kakubin, which would later become one of the world’s best- selling Japanese whiskies.

Yamazaki expanded Suntory’s whisky offering during the 1940s and the 1950s, but the next big change for the distillery came in 1961, when Torii’s son, Keizo Saji, became Suntory’s second president and Yamazaki’s second master blender. He oversaw the build of the Hakushu and Chita distilleries in the 1970s, paving the way for more experimental blends. Until the 1980s, whisky made at Yamazaki was bottled as Suntory blends, but Saji pioneered the distillery’s move into single malt whisky in 1984, with the launch of Suntory Single Malt Whisky Yamazaki. This was followed by Yamazaki 18 Years Old in 1992.

According to Motoyama, the 1980s was one of the most important decades in the history of Yamazaki. “We take great pride in our innovative craftsmanship and the large variety of malt whiskies produced at Yamazaki Distillery, a rarity in the world of whiskies,” he says. “One example of our innovative spirit would be the aggressive investments conducted in the late 1980s to allow for greater and more various malt whisky production at Yamazaki Distillery.” Completed in 1989, this development allowed Yamazaki to create a variety of malt whisky styles using multiple stills designs.

The distillery expanded once again in 2013 with the addition of four stills, bringing Yamazaki’s total to 12 and increasing its capacity by roughly 40%. The following year, the structure of Yamazaki’s parent company altered when Suntory bought US-based Beam Inc for US$16bn, creating the world’s third-largest spirits producer, Beam Suntory. Yamazaki’s international footprint grew significantly with access to Beam’s distribution channels and became a key focus for the firm as the Japanese whisky boom really started to take hold.

Amid reports of stock shortages across the sector in 2014, Suntory released the no-age-statement Yamazaki Distiller’s Reserve and Hakushu Distiller’s Reserve expressions, deemed the “next chapter in Japanese whisky”. The Yamazaki edition is a vatting of eight- to 20-year-old whisky matured in Bordeaux wine casks, Sherry casks, mizunara casks and American oak casks, with some peated malt added.

Despite this focus on NAS single malt, Shinji Fukuyo, chief blender at Suntory, says age is still an “important factor” to determine whisky’s value. But, he adds: “I believe the Distiller’s Reserve showed the value of whisky is not determined only by maturation periods. I hope it opened the consumer’s eyes for new value in whisky. We would like to continue pursuing both the value of ‘ageing time’ and other factors.”

Another NAS bottling from Yamazaki shot to fame in 2014 when it was bestowed with a coveted accolade. Whisky expert Jim Murray named the Yamazaki Sherry Cask 2013 ‘World Whisky of the Year’ in his Whisky Bible 2015, generating a tidal wave of interest that caused the expression to swiftly sell out and later command eye-watering prices on the secondary market. When the whisky first launched, as part of Suntory’s Cask Collection, it had an RRP of about US$120. Now, it can be bought for a cool US$4,000.

Yamazaki will undoubtedly bear the brunt of current difficulties facing the Japanese whisky sector, but the distillery is up for the challenge. As Motoyama says: “By promoting the craftsmanship and variety of malt whiskies produced at Yamazaki Distillery, and through the release of limited edition products, we hope to strengthen the value of the Yamazaki brand in Japan and globally, and establish it as the highest-quality single malt in the world.”

Click through the following pages to see the timeline of Yamazaki Distillery’s brand history. 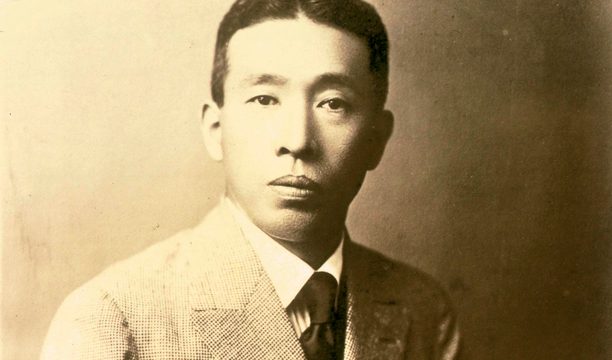 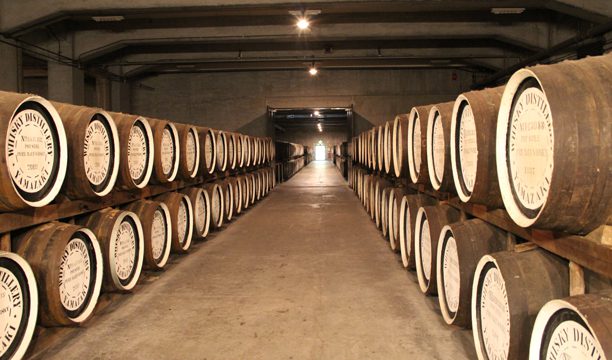 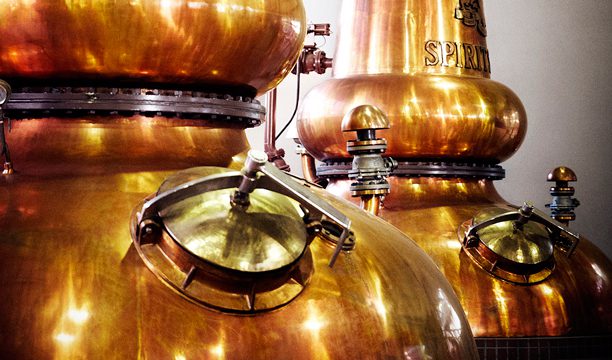