The lure of the world’s most valuable spirits market is as strong as ever, but consolidation in the US’s three-tier distribution system is either a real help or a massive hindrance – SB gets to grips with the ins and outs of the process.

True to its name, the United States is an amalgam, especially in matters of alcohol. “Every state is different,” says Dave Wilson, president of Patrón Spirits International, “and so at times it feels almost like we’re managing 50 different countries within the US.” These differences were enshrined in 1933 in the 21st Amendment that ended Prohibition. Since then, booze has been almost entirely regulated and taxed by individual states, with everything from dry counties like Moore County, the home of Jack Daniel’s, to the drive-by Daiquiri stands of Louisiana.

Prohibition also spawned America’s notorious three-tier distribution system whereby every bottle passes from distiller or importer to distributor or wholesaler to retailer or bar owner. Writing in the Washington Monthly in 2012, Tim Heffernan summed up the motives behind it: “By deliberating hindering economies of scale and protecting middlemen in the booze business… [it] was designed to be wilfully inefficient.” It was also meant to prevent UK-style vertical integration such as brewery-owned pubs, although cracks are beginning to appear.

First, some background to the giant distributors who have grown ever bigger, like the Miami-based Southern Glazer’s, which was formed from a merger completed last summer. With distribution in more than 40 states, it handles a staggering 30% of the country’s entire US$53 billion wine and spirit trade. Add in the recent marriage of Wirtz and Charmer Sunbelt – known as Breakthru – plus Republic National and Young’s Market in California and you have 60% of US distribution.

‘Big is the new small’

“We like to say ‘big is the new small’, by which we mean that Southern Glazer’s new structures, resources, tools and capabilities will serve customers in more tailored and impactful ways than ever before,” said the company’s CEO, Wayne Chaplin, in July.

Brand-owners must hope so, for the alternative is to be lost in a massive portfolio. There are many sub-divisions, as Sipsmith co-founder Sam Galsworthy explains. “Big distributors classify the marketplace into categories like ‘five-star’, ‘cocktail bars’ and ‘casual dining’,” he says. “Your first job as brand-owner is to identify the key people and make sure that you’re being clustered in the right sub-team.”

Galsworthy, who learnt about the three-tier system during a seven-year stint with Fuller’s Brewery in the States, is sanguine about its merits. “It’s dated and could do with an overhaul, and it’s expensive. It works, but it’s very challenging.” Sipsmith was launched in 2009 and made its US debut three years later.

His advice to anyone following suit, is: “You’ve got to be out there as often as you can. Americans take very seriously the presence of the people who’ve grafted to create the brand. And you’ve got to go in narrow and deep. You can’t spread yourself too widely because you won’t have the money to support your brand, or get a head of steam.” 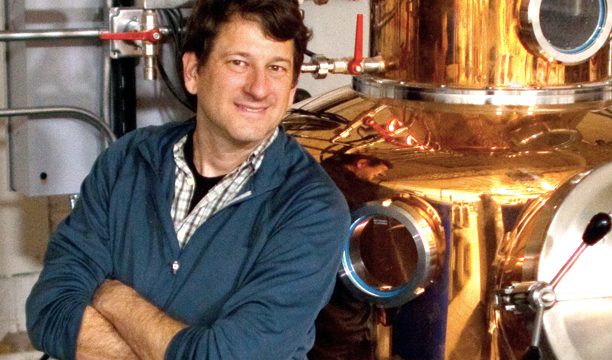 But simply waving a big cheque book is also a bad idea, he says. “The US is littered with brands that have gone in, thinking ‘I’ve got x million dollars to spend – surely I’m underwriting my brand’.” In December, Beam Suntory bought a controlling share in Sipsmith. “It was very much about us trying to reach more consumers,” says Galsworthy, who is staying on with co-founder Fairfax Hall. He believes Beam’s sales force “will be able to navigate the system in a way we never could”.

According to a senior industry source, who prefers to remain anonymous, producers have mixed feelings about the contraction of big distributors. “Among the larger distillers there doesn’t seem to be any consternation because many of them have dedicated sales forces within the wholesaler,” he says. “But if you’re mid- sized or a small guy, it does cause concern.”

Steve Ballard, Stoli Group’s SVP sales North America, certainly has no worries, and feels the current system works well. “In the US it would be impossible to operate a two-tier system. There would be so many trucks on the streets, if you think of the 18,000 accounts in Manhattan alone.” The famous vodka brand had to develop a whole new route to market when it set up its US operation in 2014. The group now employs 105 people and has managed to reverse four years of decline with 5% growth in 2015, and 4% last year.

Another paid-up believer is Patrón’s Wilson, who was a distributor in a former life. “Honestly, I think it begins with profit,” he says. “Patrón Silver is likely to be the most profitable brand in our distributors’ books.” Suppliers need to be fully supportive of their brands and realistic in their objectives, in his view. “As a distributor, I saw many suppliers ask for things that were just not grounded in any understanding of the marketplace,” he recalls. “We partner – a word thrown around too loosely – to come up with plans beneficial to all three tiers. That’s when it works!”

Paul Hletko, founder of Few Spirits and president of the American Craft Spirits Association, also toes the party line, saying: “I’m one of those weird birds that likes the system. I think it’s wonderful because it allows us to focus on what we do and it allows distributors to focus on what they do. We ship out by the pallet and it gets delivered to retailers by the bottle or case.” And he likes the third-party endorsement of a distributor. “They’re voting with their dollars whether or not they feel they’re going to build a product.”

As such, it’s like publishing, where authors need a publisher to believe in them unless they are going to self-release on a platform such as Amazon. Speaking of which, Amazon began distributing booze through Amazonfresh.com, but has since pulled back, presumably because of regulatory issues. This hasn’t stopped the drink-delivery app Drizly, dubbed the ‘Uber for liquor’, which launched in 2012. Three years later, Wine & Spirit Wholesalers of America (WSWA), which represents the middle tier, invested in Drizly.

For the unnamed source above, that suggests a step closer to vertical integration. “You now have a lot of consolidation in the wholesale tier, but they’re expanding their reach into the three-tier system,” he says. “They’re not going to control retail overnight, but they do have a substantial footprint there, and by definition that allows them to squeeze suppliers.”

Tom Mooney, CEO of House Spirits in Portland, says: “It’s definitely the most difficult time ever being a small supplier going through a larger distributor.” There is a raft of new, small distributors serving the craft movement, but he wonders how much access they have. “Restaurants and bars don’t want to buy from different distributors,” he says, “so it’s very hard to get the coverage you need.” But with the big companies it’s easy to slip off the radar unless you happen to be on ‘quota’ for the month. “The sales people know that selling those products will determine how much they get paid, and whether they have a job at the end,” he says.

Yet Mooney has seen the shortcomings of Europe’s two-tier system. “If you’re going to be selling one to six bottles to each account, I’d hate to have to drive around delivering that. Nor do I want to have to get paid by a bar.” So he feels the three-tier system is a capable partner for logistics, and a valuable partner for credit risk. “But it’s more likely than not you’ll be doing the sales work yourself,” he says.

Philip McDaniel, CEO and co-founder of Florida’s St. Augustine Distillery, agrees. “For a craft distillery that thinks that just by signing with a distributor their works ends there, I have some bad news,” he says. “That is the day the work begins. The harsh truth is this: it is up to the supplier to grow and support the sales and marketing of their brands.” McDaniel talks of having to sell his spirits six times, to the distributor’s corporate decision-maker, to the state sales manager, to the sales force, to the bar manager, to the bartender, and finally to the consumer. “All in a day’s work,” he says. But for outsiders hoping to break into America, it’s even harder.

“We’re a small player and we don’t have any of our own distribution in the States,” says Neil Boyd, director of malt whiskies at Ian Macleod Distillers. “We’ve worked with the biggest distributors and some of the smallest, and the jury’s out on which works best. With the small ones you have to ask ‘are they able to grow with you?’ or will you have to jump ship? As a small family business, we like to stay loyal.”

Meanwhile, parting company with a big distributor can be very costly. The contraction among distributors “does favour the big guys over the small ones,” say Boyd, who has to stretch his limited resources to support his so-called ‘discovery brands’ Tamdhu and Glengoyne. “You’ve got to be very creative, and invest in very specific places.” Yet for all the barriers to entry and ferocious competition, he is still awestruck by “the volume, value and choice” in the States, and says: “Despite everything, it’s still a fantastic spirits market.”

The big, family-run distributors defend the three-tier system with passion and political dollars. They claim to be the shield that protects America from the excesses of ‘booze Britannia’, but that shield may have been dented in New York, where Empire Merchants distributes 60% of all liquor. In September, the firm filed suit against top executives at Breakthru, America’s third-biggest distributor, for an alleged scheme to smuggle in booze from Maryland, costing Empire and New York State ‘millions of dollars’. In November, the Chicago Tribune revealed the “latest shocker in the rough-and-tumble alcohol wholesale industry” – Breakthru’s bid to buy Empire.

Yet the question remains: will the mandatory three-tier system survive? In the age of Amazon and Drizly, and with pressure from retailers such as Costco, perhaps not. But leaving aside the lobbying power of WSWA, most state governors would hate to relinquish the tax revenue from the current system.