Heaven Hill’s Shapira: whiskey is in our DNA

For Max L Shapira, president of Heaven Hill, the largest independent family-owned spirits producer in the US, Bourbon and American whiskey will always be key to the success of the organisation.

It was a sad day for the entire whisk(e)y industry when Parker Beam, master distiller emeritus at Heaven Hill, died after a long battle with amyotrophic lateral sclerosis. The well-liked and highly respected industry figure – the grandnephew of James Beauregard Beam, better known as ‘Jim’ Beam – pioneered the small-batch and single barrel trends so prevalent in the Bourbon industry today.

For Max L Shapira, president of Heaven Hill Brands, Parker Beam’s vision “established the foundation for our company and our Bourbon heritage”. He says of the pair’s history: “Parker came to the company in 1970, just a short while before I joined, so I knew him from day one, and he worked in tandem with his father, Earl Beam, who was our master distiller at the time.

“Earl Beam was a very demanding person, particularly with respect to quality. It was all about quality, quality, quality. And that was the overriding trait that he left upon Parker. Everything I saw Parker do when he ultimately became master distiller revolved around the thought that ‘we have to make the best whiskey that we can possibly make’. That’s what I’ll always remember.”

This is a passion Shapira believes will continue long into the future at Heaven Hill, the largest independent family-owned and operated spirits producer in the US, with brands such as Evan Williams Bourbon, Burnett’s Vodka and Christian Brothers Brandy. Shapira’s father, Ed, was one of the five brothers who founded Heaven Hill, after the repeal of Prohibition in 1935.

“I pretty much grew up in the business and, of course, I always remember the days when my dad would come home from the company, and there would be whiskey talk at breakfast, lunch and dinner,” he recalls. “It was a very much family process and a very quintessential family business.

“I always tell everybody that my first job was opening and closing the gates to the facility so that the trucks could come in and out. That was a big-time job for an eight-year-old kid. When I was growing up, I would work here in the summertime doing really just about any job you could – whether it was plant messenger, working in the bottling facility, loading cases into trucks or working in the office.”

An even heavier responsibility awaited Shapira when he left Morgan Guaranty Trust, now JP Morgan, on Wall Street to join his family’s Kentucky-based business as director of corporate planning. After working in a number of roles, with the support of his father, Shapira became president of Heaven Hill upon the death of his uncle, George Shapira, in 1996.

Since then, Max Shapira has steered Heaven Hill through many changes in the industry and, indeed, enabled the company to adapt to them – an achievement he also credits to its third-generation family management. For the executive, successfully establishing his son, Andy Shapira, daughter Kate S. Latts and son-in-law Allan Latts in the business has been the defining moment in his career.

He notes the notorious difficulty in transitioning a company from second- to third-generation family leadership: “Family business is not an easy thing to perpetuate and to make sure that you can make it grow and develop and last on a long-term basis. [But] we are firmly into our third generation now. Having been able to get these three bright young people to leave great careers was the best thing that I’ve done here at the company.

“They are what I call grizzled veterans in understanding what the industry is all about and having the perspective to be able to think about what the industry will look like in five years and even longer. They could see that having brands, solid brands, was highly instrumental and unbelievably important to the long-term success of the company.”

This insight led Heaven Hill Distilleries to rename itself Heaven Hill Brands when the company celebrated its 80th anniversary in 2014. The move was said to reflect Heaven Hill’s diversified spirits portfolio, which had been historically Bourbon-centered. “That’s who we are today and what we are going to look like in the years ahead – a developer of great alcohol beverage brands in a variety of categories,” Shapira states.

This diverse outlook was solidified in 2015 when Heaven Hill acquired Deep Eddy Vodka – one of the fastest growing spirit brands in the US. “Deep Eddy was the perfect acquisition for us,” says Shapira. “While we were actively involved in the vodka category with Burnett’s, which is the country’s fourth-largest-selling vodka, we did not have a play in what I would call the premium price point that Deep Eddy offers. It’s been a terrific success and continues to grow at an unbelievably remarkable rate.”

Heaven Hill is targeting 40% annual growth for the brand and is expecting 1.3 million to 1.4m case sales by the end of its 2017 financial year. In December, Heaven Hill confirmed plans to open a second distillery for Deep Eddy in Buda, Texas, allowing the brand to expand production capacity to five million cases a year. Shapira says many members of the original Deep Eddy team remain at the brand, which is “run as a separate entity within the Heaven Hill portfolio”.

When asked whether Deep Eddy can join the ranks of the world’s best-selling vodka brands, Shapira answers: “We certainly would hope so, but at this point we have been concentrating almost all of our efforts here in the US. We would certainly like a more international focus in the future.”

Despite Heaven Hill’s ever-growing repertoire, Bourbon and American whiskey will always be key to the success of the organisation, believes Shapira. “The company was always an American whiskey company from day one and we didn’t have any other products in our portfolio until the mid-1960s,” he says. “So today, despite the fact we have this very broad portfolio, the American whiskey side of the business is really part of the DNA of the company.”

In 2016, Heaven Hill revealed plans to embark on a US$15.5m expansion of its Bernheim Distillery in Louisville, Kentucky. The site, which has undergone two expansions since 1999, will increase capacity by a third and will be able to produce between 1,200 and 1,300 barrels of whiskey a day. The expansion is due to be “on stream” by July this year, confirms Shapira. He adds: “In response to the growth that we have seen in Bourbon, we have had a substantial capital infrastructure in place over the past couple of years and continuing into the next few years.”

In tandem with the distillery expansion, Heaven Hill is increasing its maturation facilities and has recently constructed two 55,000-barrel warehouses, with a third on the way. “We are likely to need additional warehouses every year for the next several years,” says Shapira – a clear sign that the company believes soaring consumer interest in Bourbon can be sustained.

“One obviously never knows 100% for sure when you’re trying to predict something years into the future,” Shapira admits. “But when you look at what’s going on here in the United States and also around the world, Bourbon has hardly developed relative to other whisky types – particularly Scotch – on a worldwide basis. And we think there is a golden opportunity around the world.”

Bourbon’s future certainly seems bright, but whether there’s enough liquid to satisfy demand is another question. With 1.2m barrels ageing in its various facilities, Heaven Hill has, according to Shapira, the second largest inventory of Bourbon in the world, representing about 25% of the globe’s total supply. “And we are frankly not quite sure if it’s enough,” he admits. “I wish we would have known seven or eight years ago that this Bourbon renaissance was going to be coming to the market. We, like a lot of others in the industry, our watching our inventories extremely closely.”

Shapira adds that a strict whiskey programme and long game strategy means Heaven Hill avoids a knee jerk reaction to the market. “[We] are very cautious with our branding, the introduction of new products in the American whiskey space, because we don’t want to exacerbate a situation that we know is already a bit tight.

“So I guess I would call this a good problem to have, but it is a bit frustrating from the angle that we would like to have additional, interesting concepts in the market but we simply just don’t have the liquid to be able to support additional products at this point.”

However, the company hasn’t remained untouched by supply issues. In January 2016, Heaven Hill lowered the age statement of its 12-year-old Elijah Craig Small Batch Bourbon to eight- to 12-years-old.
Stocks of the whiskey, first launched in 1986, had become strained and the firm was forced to take action to “make the brand available to more, not fewer, consumers”.

Will more expressions in Heaven Hill’s portfolio lose their age statements in the future? “We think at this point, we have our stocks and programme set, so I don’t believe that’s going to occur in anything else we do,” answers Shapira.

As an independent business, Heaven Hill is able to retain its long-term vision and avoid the temptation to sell younger supplies to placate demand from consumers and investors, believes Shapira. He adds that the chances of Heaven Hill launching an IPO are “very remote”. “It’s the long-term in which we are interested and we’re not interested in having to report results to financial advisors or Wall Street every three months.” 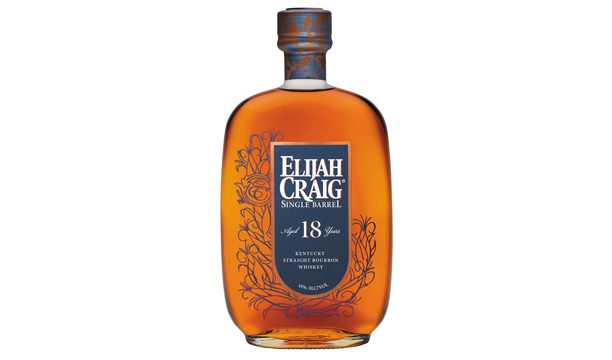 One change Shapira does see on the horizon is greater portfolio growth. “Over the course of the years, we have, in addition to our growth and internal product development, acquired any number of brands,” he states. “That has been part of our strategy, it continues to be part of our strategy and we will likely be making acquisitions in the future. We search diligently for attractive properties that are complementary to our current brand portfolio.”

Heaven Hill has historically centered its business on the US, but is now “in the process of gearing up” a more international focus. “We have always exported to a variety of countries, but that is a core growth strategy that we have,” says Shapira. “All of a sudden you’re seeing Bourbon bubble up in a variety of markets where you never would have expected that to occur.”

Shapira has seen a great many changes in the industry he joined almost 50 years ago, but according to the seasoned executive, there is one singular thread linking the decades: personal relationships.

“Over the course of the time I’ve been in the industry, I’ve seen consolidation at the supplier level, wholesale level and both the off-premise and the on-premise as well,” he says. “I’ve seen the ups and downs of every category and I’ve seen the application of technologies that 10 or 15 years ago you wouldn’t have dreamed was possible.

“But regardless of all these things, the one constant, from the earliest days that I’ve been in the business to this very moment, is it’s still about relationships. It’s not just relationships with your distributor partners or your retail partners, but relationships with your consumers. It really is about the individual people who make up this industry, and those people are great people to be around – to work with, and to work against, in the case of competitors. But the one real constant is that this industry remains, despite all the other things, one of personal relationships.”

Built on 82 years’ worth of relationships and still going strong, Heaven Hill perhaps understands that more than most other companies.