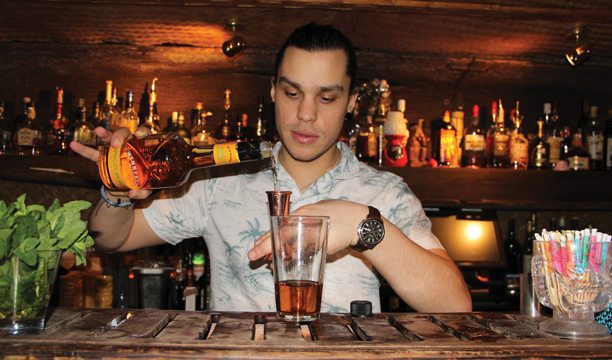 One of the oldest formats for drinking mixed liquor, Punch has been enjoying something of a renaissance of late, with bars across the world reinstating a sharing bowl or bottle-aged version on, their menus.

Punch has a rich history, dating back to the 17th century when sailors in the British and Dutch East India Companies would ship the drink over from India in barrels. Traditionally served in elaborate ornate bowls, the cocktail swiftly became an entertainment staple in much of Europe.

“The standard of drinks was very good. Swizzlers clearly placed their focus on creating drinks that were able to be replicated, but at the same time with creativity,” said Rutherford. 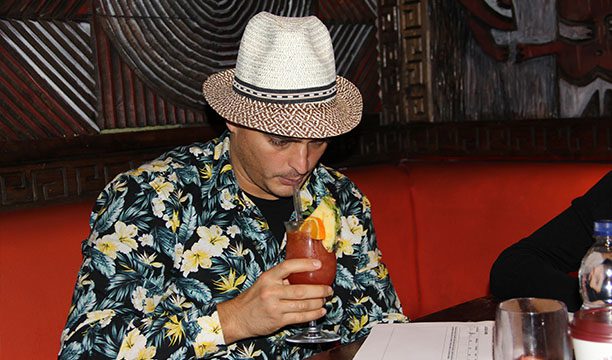 Latham added: “Overall, the standard was high. Some very classic style ratios and interesting ingredients were used. I would have liked to see more locally-sourced ingredients, considering the recipes have come from around the world.”

Claiming a spot in the final was the “sweet and strong” Defroster by Ivica Mišić, the hot rum punch drink combined Bacardi Carta Negra, Hennessy XO, Wenneker Triple Sec, Wenneker Cinnamon Red, and was praised for its aroma and balance.

“It’s great to see a warm punch in the running. It’s surprisingly balanced as it seems quite sweet from looking at the recipe,” said Latham. “The cloves give it a real warmth and richness. It’s delicious, especially in the winter, it’s unusual to have a hot punch,” added Sherry.

Trinh Quan Huy-Philip’s Satama Punch also nabbed a spot in the top three for its great mouthfeel and finish. “It’s sweet, sour and sippable, plus it fits very well with the brief. It tastes authentic and I especially like the addition of Kombucha,” said Latham. I’d like to try it with a traditional navy overproof rum and a dash of Absinthe. I’d happily quaff more than one of these… responsibly, of course.”

Rutherford added: “Overall, a very strong performance with potential for this drink to be incredible if the balance was further fine tuned. The aroma with the ginger and mint is fantastic.”

The third spot in the final was awarded to Carmen Iannuzziello for her spicy serve Too Late, a blend of Bacardi Carta Blanca, Wenneker Carrot, Wenneker Triple Sec, pineapple juice, lime juice, homemade rosemary syrup, Tabasco and mint leaves. “I like the spice and savoury elements, it’s very seductive and moreish,” said Latham. “The bite of the Tabasco is good with the carrot but it does overpower some other elements. It also seems quite easy to make,” added Rutherford.

Overall, our panel admired entrants’ effort to tackle the Punch trend, but placed emphasis on the importance of balance and flavour. Summing up the day’s judging, Sherry said: “I was really impressed by the quality of the Rum Punch entries – the winning entries had a real focus on flavour and the bartenders behind them clearly had a great understanding of how to achieve a compellingly balanced serve.

“There was also a rich diversity through the field. The panel had a tricky time selecting the three finalists, and I’m delighted we were able to reward three recipes under the new Swizzle Masters format.”

The top three recipes will now go through to the grand final in November, when all nine winning drinks from throughout the year will be recreated once more and judged against each other – along with one wild card finalist. The bartender behind the winning recipe will be crowned Wenneker Swizzle Master 2017 and scoop £1,000.

The next Wenneker Swizzle Masters round is Breakfast Martini. Put an experimental spin on this classic marmalade cocktail using Hendrick’s gin as the base spirit.

Bartenders have until 2 May to submit their recipes online at www.swizzlemasters.com.

Click through to the next page to discover how to recreate the winning recipes from the latest round.

TOO LATE BY CARMEN IANNUZZIELLO 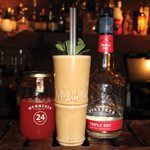 Method: Pour all ingredients into a mixing glass except for the mint leaves. Swizzle and double strain into a highball with cubed ice and the rest of the mint. Use rosemary and twist of orange peel as garnish. 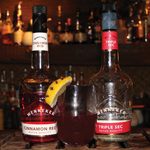 Method: Put all ingredients in a pot and heat until boiling point, strain the content into the warm punch cup, stick the cloves to the lemon slice and place it on the edge of the cup. Use lemon slices and cloves to garnish. 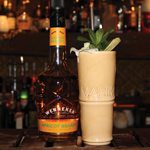 Method: Add all the ingredients into mixing glass and fill up with ice. Shake vigorously and strain into a highball glass then top up with 40ml Kombucha Cranberry. Garnish with sprigs of mint, thin slices of ginger and a physalis.