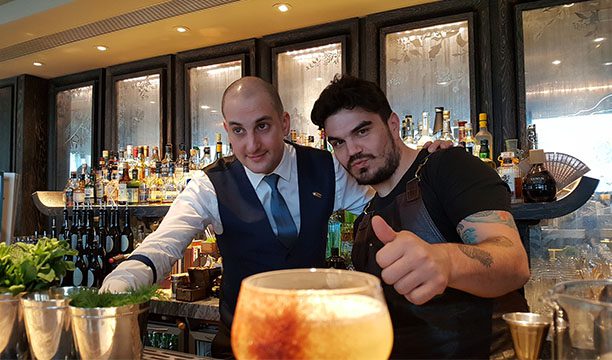 On Wednesday, Gong bar at London’s Shangri-La Hotel at The Shard announced its 2017 series of star bartenders, kicking off its first season with The Clumsies, from Athens. Fabio Dal Bosco and Christian Maspes of Gong co-hosted their first night with Vasilis Kyritsis and Nikos Bakoulis. They served cocktails from their own Genesis menu and new creations. Pictured is The Clumsies’ Trilogy cocktail, a combination of London dry gin, mint and triangle potion (made from distilled tomato water, sundried tomatoes and tomato leaves) and garnished with Greek salad dust. 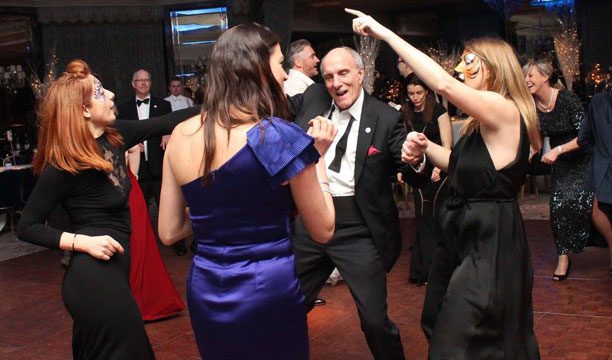 David Cox, chairman of The Benevolent, gets down on the dance floor during the charity’s annual fundraising ball. The event had record attendance and raised more than £42,000 (US$52,000). The highlight of the evening, aside from Cox’s smooth moves, was the “Taittinger Collection Grand Draw” which gave guests the chance of winning a 13-strong collection of rare Champagne vintages. 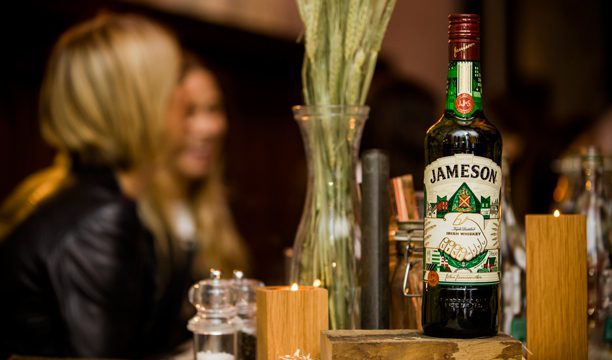 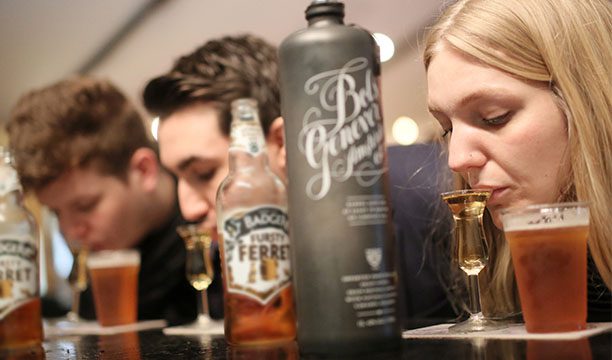 Over the weekend of London Beer Week, Michael Mann, UK Bols Genever Brand Ambassador, showed attendees how to ‘slurp’ genever. At the British Craft Beer stand in the Beer Edit at Oval Space consumers upgraded their craft beer to a twist on a Boilermaker with Bols Barrel Aged Genever. The ‘slurp’ is a centuries-old Dutch drinking ritual where drinkers slurp from their overfilled glass to avoid spilling it, before toasting with a beer. 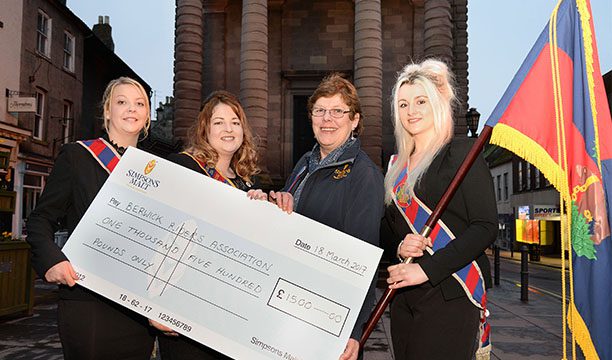 Berwick-based maltster Simpsons Malt continues partnership with the Berwick Riders Association in support of the 408th Riding of the Bounds 2017, which is due to take place on 29 April. The annual event is in celebration of the 15-mile ride to check the security of the town’s boundaries, with a procession of horsemen rekindling 17th century tradition with modern pageantry. 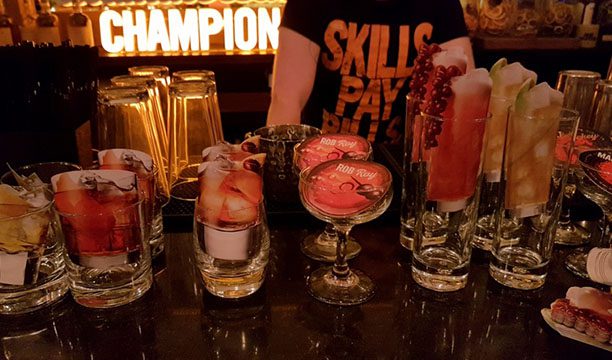 On Sunday, Monkey Shoulder’s Ultimate Bartender Championship returned for a fourth year. Sticking to the popular format from previous years, bartenders are tested on a number of skills including mixing and pouring, nosing, ingredient knowledge and organisational skills. After ten weeks of challenges, the winner will be announced on 14 May and receive an all expenses paid trip to New Orleans and Tales of the Cocktail, the world’s premiere cocktail festival. 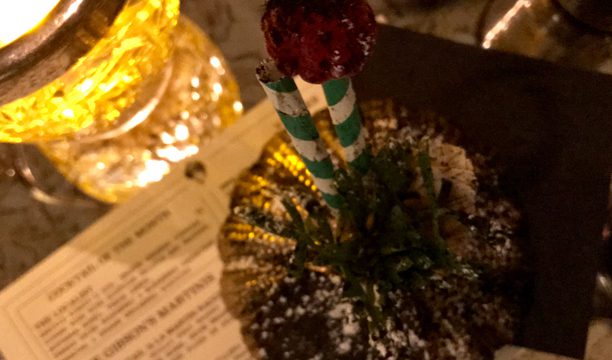 On Tuesday, SB popped down to London’s The Gibson for a menu taster. This is cocktail of the month, The Localist, comprising Arbikie Kirsty’s Gin, smoked seaweed vinegar, ginger wine with Scottish thistle and heather, bottarga honey, fresh lemon, freeze-dried raspberry & blueberry cranachan, and charcoal and sesame wholemeal biscuits. 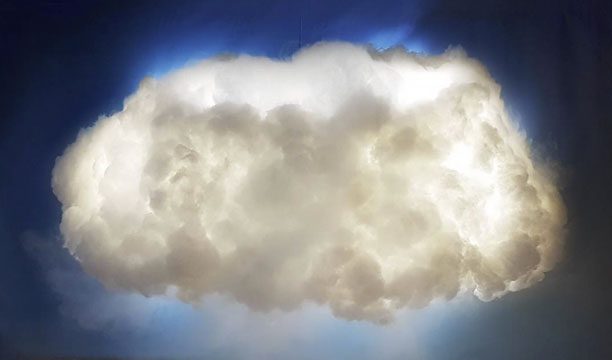 The Mexico Tourist Board teamed up with creative agency LAPIZ to create a cloud you wouldn’t mind being caught under – this one rains Tequila. The invention formed a promotional stunt to attract tourists from Germany. The boozy cloud was installed at a Berlin art gallery. Hopefully scientists are taking notes and preparing for a future with bars containing clouds of whiskey and vodka. 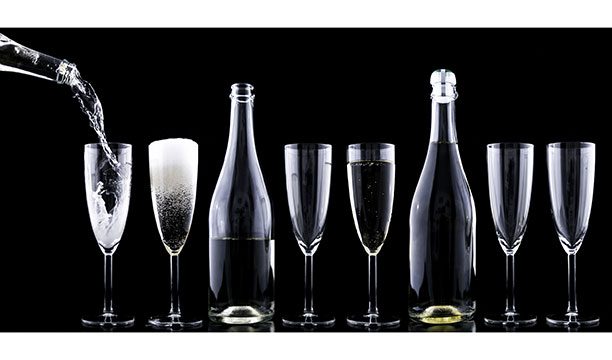 Team SB visited Pitch Black in Covent Garden on Wednesday. Dubbed the “Dans Le Noir” of the drinking world, it involves blind tasting of cocktails and wines with a twist: it takes place in complete darkness. Guests are given two cocktails and two glasses of wine and asked to guess what they’re drinking with the focus entirely on taste, aroma and mouthfeel. Team SB won’t be revealing here what we tasted, but if you think you can do better than us, visit their website to book tickets to a fun and friendly evening. 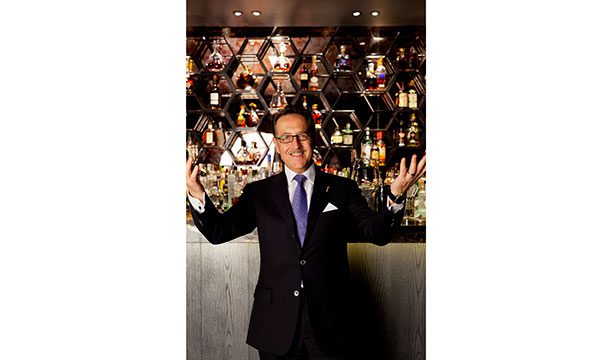 Salvatore Calabrese, one of the world’s most high profile cocktail experts, has a new London home and he is keeping it in the family by partnering with his two sons, Gerry and Jon Calabrese, at The Mule Bar, the new Spitalfields venue opened underneath The Holy Birds. Calabrese ‘The Maestro’ has painstakingly created a classic menu of over 50 cocktails that span his own 50-year journey within the industry. Drinks on the menu include The Blue Hawaiian and the Pink Squirrel. 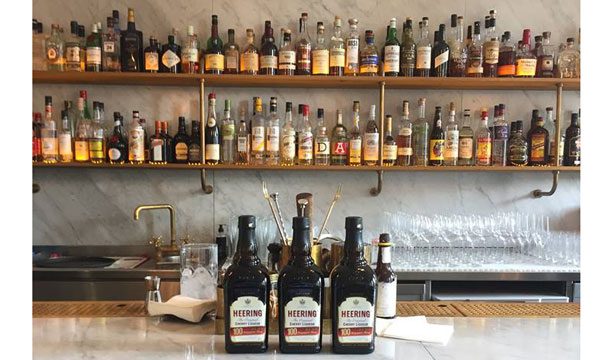 Cherry Heering is celebrating its 200th year with a Workshop & Masterclass to be executed by some of the worlds best bartenders and venues. The tour will take in over 75 cities including London, Los Angeles, Seoul, Sydney, Helsinki, Hong Kong, Tokyo and Tel Aviv. Each host bartender will add their own unique experience and expertise, which is exactly the intended aim. 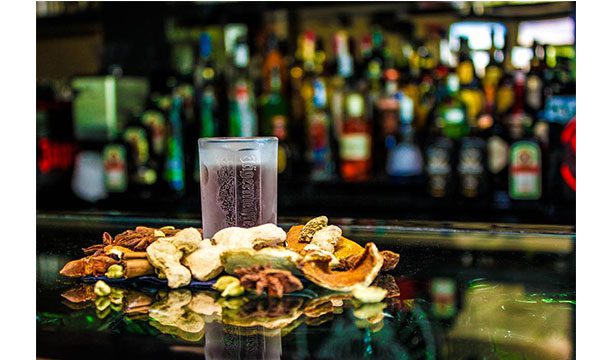 Jägermeister is preparing to celebrate the 120th birthday anniversary of Curt Mast, the brand’s founder and creator this Sunday. Jägermeister is appealing to fans around the world to raise an ice cold shot in his honour this weekend and share it on social media with the hashtag #JagerIceCold. 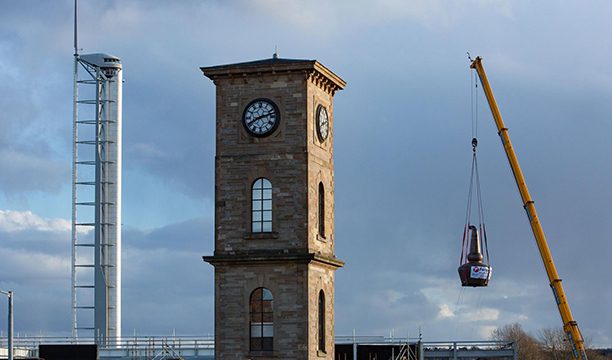 Glasgow’s new Clydesdale Distillery, due to open autumn 2017, moved a step closer to completion this week with the installation of two copper pot stills. Each weighing about two tonnes, they were lowered by crane into the distillery. The new distillery is costing £10.5million (US$13.1m) and is expected to attract 65,000 visitors a year, as well as provide new jobs for the area. 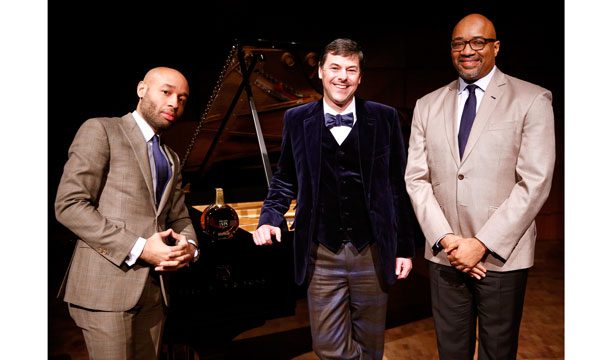 Glenmorangie this week launched its oldest and rarest whisky, Pride 1974. It is one of the most prestigious Highland single malts ever created by the company, following on from the success of the exclusive bottlings of Pride 1981 (released in 2011) and Pride 1978 (released in 2014). To mark the release of the distillery’s oldest whisky, Glenmorangie teamed up with piano maker Steinway & Sons and Steinway Artist Aaron Diehl to compose a piece of music which embodies the whisky’s beauty. 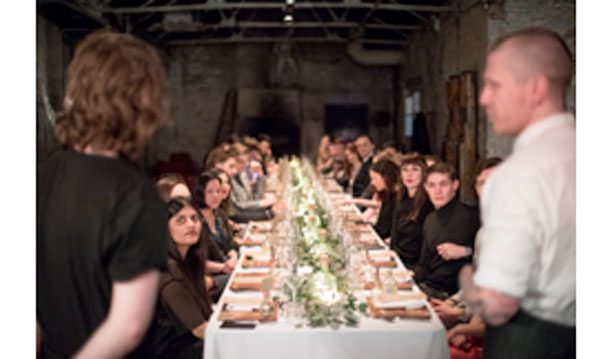 On Thursday, Patrón Secret Dining Society visited London as part of a global programme, the European edition of which will take in France, Spain and Israel later this year. The society brings together a celebrated local chef and bartender to invent an innovative cocktail paired menu in an unusual venue. It was hosted at the historic MC Motors venue in East London. 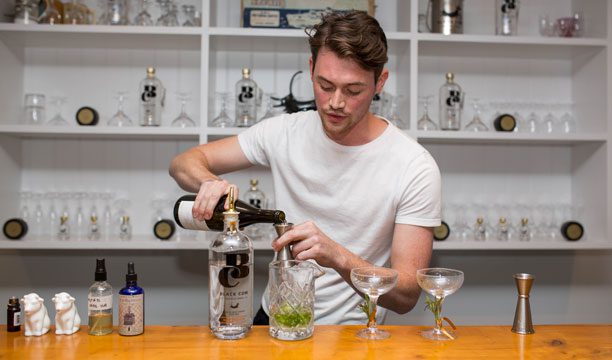 Black Cow has launched the 2017 Gold Top Cup in celebration of bartending excellence. Bartenders are asked to create a drink which illustrates an important moment in their life using no more than six ingredients native to their country of residence. The winner, announced on 21 June, will have their winning cocktail featured on the bottle neck tags of Black Cow and receive prize money of £1,000.