While most spirits brands tend to err on the side of caution when advertising, there will always be a bold few looking to shake up the status quo. SB picks out an audacious selection of banned booze ads that found themselves on the wrong side of the law. 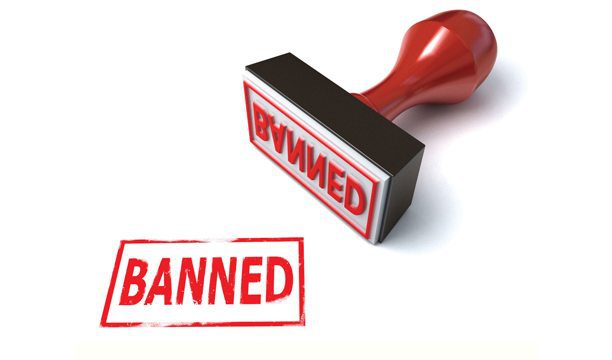 While some might argue that stringent alcohol advertising guidelines stifle creativity, it should always be remembered that such rules exist to protect the general public – particularly children – from irresponsible alcohol promotion.

Many of the guidelines are black and white, for example ‘do not show, imply or condone unwise or excessive drinking’. However others – ‘do not suggest that it can enhance confidence, popularity, mental or physical capabilities or performance’ – can be a tricky area for brands to navigate in the pursuit of a memorable advertisement that tows the line.

With this in mind, we present a list of spirits companies who were considered to have overstepped the mark in one way or another.

Click through the following pages for our pick of the most outrageous banned booze adverts. 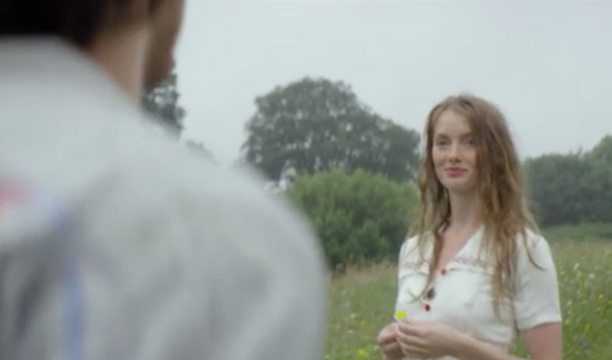 In a ruling published yesterday (8 March), the Advertising Standards Authority (ASA) banned three of the brand’s ads after ruling they are “socially irresponsible” and link alcohol with sexual activity.

The first advert ran in a print edition of The Week and depicted a satirical cartoon-style cow driving a sleigh with the message “so smooth you can drink it until the cows come home”. The ASA found the phrase was in breach of CAP 18.1, encouraging “unwise” drinking.

The second banned ad was a video depicting a young man and woman walking through a field before showing a depression in long grass and the brand’s name and bottle. A complaint claimed the ad linked alcohol consumption with sexual activity, and this was upheld by the ASA, who noted that viewers “were likely to understand from the combination of the couple’s body language, the depression in the grass, and the overall tone of the ad, that they had just had sex”.

The third campaign to be banned was a spoof video of the 1989 “Accrington Stanley milk” advertisements, which replaced the milk bottles with Black Cow Vodka bottles. While Black Cow Vodka said the ad should be viewed in the super-premium “context”, the ASA ruled it could encourage “excessive drinking” drinking. 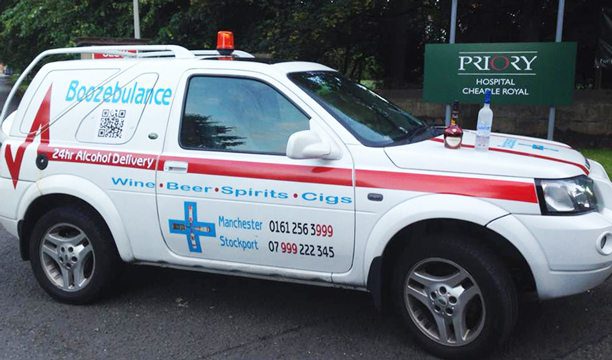 A Facebook advert by alcohol delivery service Drink Doctor was banned in September for portraying alcohol as medical treatment and using terminology such as “boozebulance”.

The ASA banned the advertisement by Manchester-based Drink Doctor for conflating alcohol and medicine, claiming alcohol was depicted as “necessary and indispensable”.

Drinks Doctor said that it takes the “utmost” responsibility when dealing with customers, adding that linking medicine and alcohol was not intentional in the advert.

The company also said “Doctor” was incorporated into other brands’ names to “promote a professional and caring image, rather than trying to imply medical knowledge”. 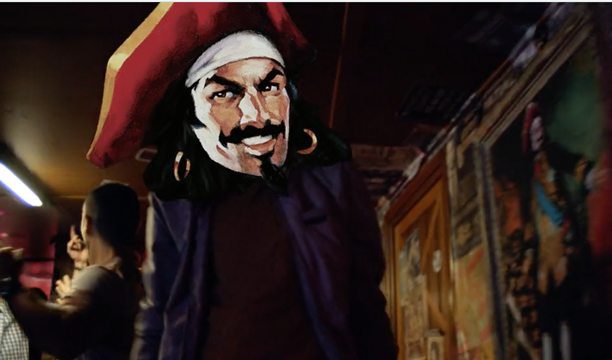 Global drinks giant Diageo has been in hot water for the advertising of its Captain Morgan rum brand a number of times. In February 2014, the ASA upheld a complaint that a TV advert showing Captain Morgan attracting female attention, riding his horse and carriage through a square among cheering people, discovering treasure, and emerging shirtless from the sea, linked alcohol with “daring, toughness and aggressive behaviour”.

The ASA said: “We considered these actions and the settings shown in the ad would be associated with buccaneers and seafarers renowned for drinking rum, and for their disregard for authority and the well-being of themselves and others.“

In July 2014, the ASA upheld a complaint lodged by the Youth Alcohol Advertising Council (YAAC) which claimed that a picture posted on Captain Morgan’s Facebook page was “irresponsible because it implied alcohol could overcome boredom”. The picture depicted pirate Captain Morgan raising a glass and cheering while surrounded by his crew while text at the top of the image read: “Wednesday. I’m declaring war on mid-week boredom”.

In August last year, the rum brand came under fire once more, this time for a TV ad that sees a man with the face of the Captain Morgan cartoon superimposed over his own at a party on a boat. The commercial ends with text reading ‘Put Your Captain Face On’, before a range of Captain Morgan products appear with text reading ‘Live Like The Captain’.

The ASA said that viewers were likely to understand that the figure’s behaviour resulted from his consumption of Captain Morgan rum, adding that it “implied that drinking alcohol could enhance personal qualities and was therefore irresponsible.“ 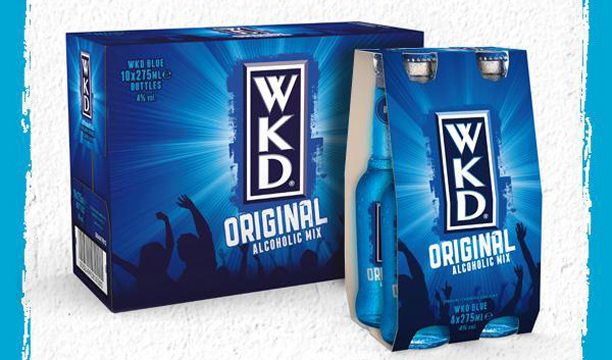 A number of “irresponsible” Facebook advertisements for the WKD vodka alcopop brand were banned by the ASA in April 2014, after the body received a complaint by the Youth Alcohol Advertising Council (YAAC) stating that they associated drinking alcohol with boosting confidence.

WKD, owned by UK company Beverage Brands, featured a number of posts on its Facebook page, one of which stated “you will refuse to do karaoke, at first”, before showing a bottle of WKD.

The YAAC challenged whether the ads were irresponsible, claiming they in addition to the implication alcohol could boost confidence, they also suggested that alcohol was a key component for success at a social event.

According to the ASA, although the ads did not show alcohol being consumed, some were “likely to be interpreted as suggesting that alcohol could enhance confidence and was also capable of changing mood and behaviour.” 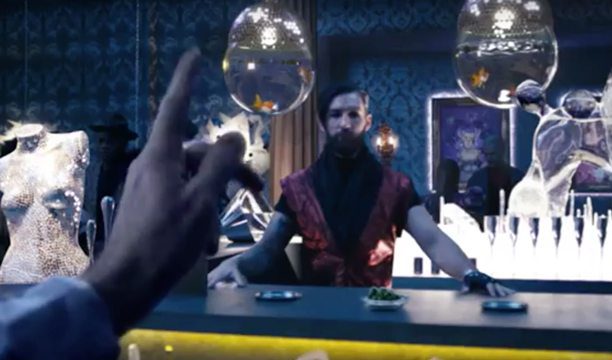 In July 2015, the ASA ruled that a television advertisement launched as part of Smirnoff’s £15 million UK marketing campaign implied social success was “dependent” on alcohol.

With the tagline “Filter the unnecessary, keep the good stuff”, the advert depicts a visitor entering a bar where people are looking unfriendly. But when the bartender pours vodka and mixer into a glass the atmosphere becomes brighter, music starts to play and people smile at each other.

The ASA noted that while the bar “tilting” symbolised a “filtering” of pretentious personalities and attitudes, “immediately” after the visitor ordered an alcoholic drink the atmosphere of the bar changed.

The body added: “We therefore considered the ad implied that the success of the occasion − the night out at the bar − depended on the presence of alcohol. Consequently, we concluded the ad breached the code.” 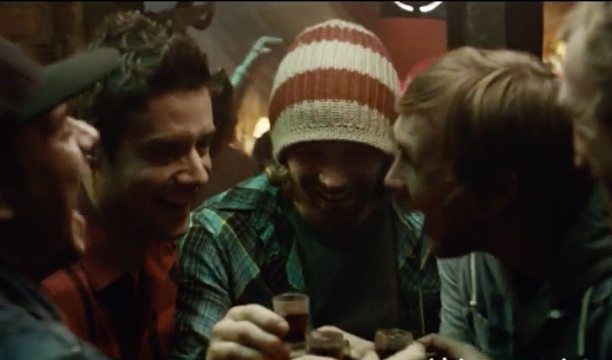 Jägermeister was forced to pull its first ever UK TV advertisement in July 2014 over claims it linked alcohol with “tough and daring behaviour”.

Titled Journey to Surf, the advertisement features a group of male friends embarking on an adventurous journey in Iceland, travelling through snowy mountains and surfing large waves. The men then return to a log cabin and drink a shot of Jagermeister from a frozen glass as a voiceover states “Jagermeister. It runs deep”.

The ASA claimed that the advertisement depicted the men undertaking activities it would “consider to be potentially dangerous” and branded it “irresponsible”.

While the men were not shown to consume alcohol before undertaking the activities, the ad “featured both alcohol, and physically demanding and challenging activities”, the body added, and as such made a clear association between alcohol and tough and daring behaviour. 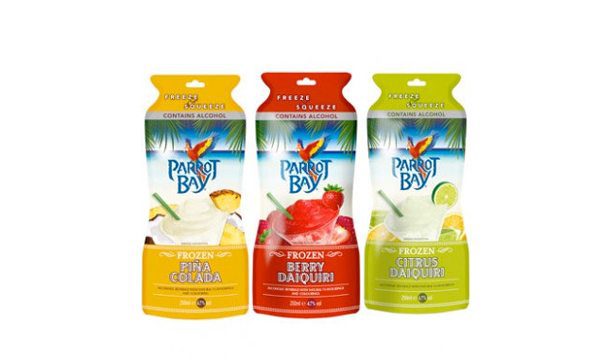 In October 2014, the ASA ruled an advert for Diageo’s Parrot Bay frozen cocktails was likely to “strongly appeal” to children.

The ad was screened at 6pm on Film4 during the film King Solomon’s Mines and featured a colourful animated parrot in a tropical setting, who was shown being frozen and squawking.

A voice-over during the ad said: “Take the best of the Caribbean. Freeze it then crush it up and squeeze it out. Parrot Bar freeze and squeeze cocktails. Now available in passion fruit and Caipirinha flavour.” On-screen text read: “Freeze a parrot today… contains alcohol.”

The ASA said the animated colourful parrot and its behaviour, combined with the “slapstick humour” of the parrot being frozen, moving its eyes in a comical fashion and falling off the bar, was “likely to strongly appeal to children”.