As the Article 50 trigger date draws closer, The Spirits Business considers how spirits producers on the island of Ireland will be affected when Britain leaves the EU. 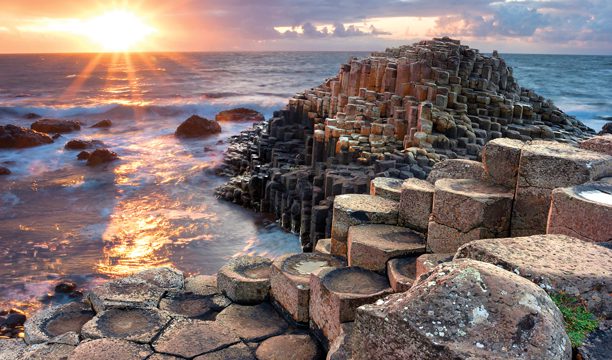 Referenda are the talk of the town in Campbeltown. Part of Scotland’s west coast constituency of Argyll and Bute, which also encompasses the whisky-producing islands of Islay, Jura, Arran and Mull, the area voted convincingly to ‘remain’ in the UK’s referendum on EU membership on 23 June 2016. But travel down the peninsular and look across the sea from the Mull of Kintyre lighthouse – on a clear day the Emerald Isle is in sight. There, the ramifications of Brexit are already being felt, yet the impact of the vote on the ‘all-island’ spirits industry – Northern Ireland, part of the UK, and the Republic of Ireland, an EU member – is rarely considered.

If one theme has emerged since the surprise outcome of that vote, it is uncertainty. British prime minister Theresa May’s Brexit speech on 17 January did little to clear the waters, but, as Ciaran Fitzgerald, agri-economist and author of the recent Alcohol Beverage Federation of Ireland-backed report The Impact of Brexit on the Drinks Industry notes, a ‘hard’ Brexit is now the likely course of action. “There’s a big task in persuading our colleagues in the EU about how unique our interaction with the UK is,” he says.

Since the vote, sterling has collapsed by 20% against the euro, sending Irish shoppers scurrying northwards across the border in search of a bargain. The Irish government levies the third-highest duties in the EU on spirits (weighing in at €42.57 per litre of alcohol, 175% of the EU average), an expensive backdrop exacerbating the currency discrepancy. The divide is set to widen into a chasm with the proposed introduction of minimum unit pricing as part of the mooted Public Health Alcohol Bill. 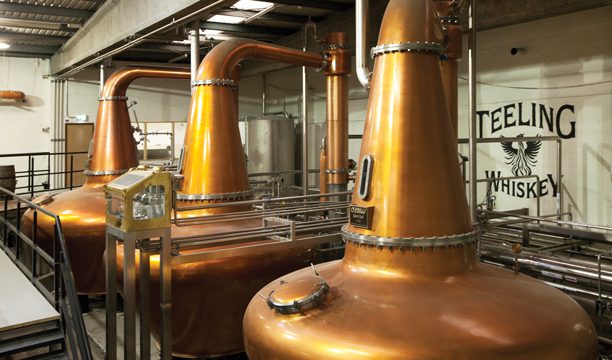 At the time of writing, sterling was hovering around the €0.85 mark. In late 2008/early 2009, when it reached around €0.92, “the South of Ireland lost about €1 billion in spending to the North of Ireland; most of that was alcohol-related,” Fitzgerald recalls. “The taxation loss on that was €200 million, so there’s no point in having a sort of token tax level when the consumption had been driven outside your jurisdiction.”

While Ireland’s drinkers were heading north, the country became 20% more expensive for Brits, who account for 35% of overseas visitor numbers, according to trade body Fáilte Ireland. This would be a red flag for some, yet Miriam Mooney, head of the Irish Whiskey Association (IWA), remains upbeat. “Despite Brexit, 2016 was a record year for visitors from the UK to the island, with growth of 10.6% in visitor numbers. We’re confident that with the increase in high-quality whiskey tourism offerings on the island we will see more visitors from the UK and the rest of the world.”

The numbers are up – for now. “What will be interesting is understanding how the spend is changing; whether visitors are still coming but their spend per head is changing slightly,” says Quintessential Brands’s Sinead O’Frighil, marketing director of The Dublin Liberties Distillery.

With whiskey tourism a fledging but lucrative part of the pie, “there’s a charm offensive going on,” says Stephen Teeling, sales and marketing director at the Teeling Whiskey Company. Part of the puzzle is the continued development of the Irish Whiskey Trail, to help lure visitors. Plus, with new distillers – historically there were just four, now there are 32 new or proposed sites – tourism provides income for the start-ups. “With the renaissance of Irish whiskey, they’re bundling a lot of these new and diverse distilleries with some of the old established ones and trying to create an Irish Whiskey Trail to try to make growth more sustainable,” Teeling says. Essentially, it’s about getting what spend is there out of Dublin and underpinning jobs further afield – easier said than done when your biggest tourist group is already feeling the pinch.

Costs are also mounting along supply chains – it’s not unusual for companies based in the South to source from the North, and vice versa. Here’s where Brexit gets even more complicated: what will happen with the border?

On 22 January, Sinn Féin president Gerry Adams said taking the North out of the EU “will destroy the Good Friday Agreement”, a landmark peace deal that paved the way for the power-sharing agreement in Northern Ireland, securing a long-term end to the Troubles with an ‘all island’ approach. However, a UK government spokesperson said Adams’s comments were “totally without any basis in fact” and there would be “no return to the borders of the past”.

The movement of people across the border, as well as goods, is essential to the drinks industry, insists the IWA’s Mooney. “Some members have thousands of cross-border movements every year, including raw materials, ingredients and finished products,” she says. “A hard border could result in significant costs for them.”

For O’Frighil, whose company sources from the North and South, this outcome would be “very, very unlikely”. “Putting a border back between the North and the Republic is the last thing that anybody wants. There’s no benefit for anyone.” She foresees the biggest risk around Brexit to be pricing, but if a hard border did happen, “I think it would be a very, very poor day for everyone.” Beyond trade, the human cost would be tremendous. “The progress that has been made in the North is phenomenal, and you don’t want it to be unpicked.”

The geography of GIs

A further significant area of uncertainty surrounds geographical indications (GIs) for Irish spirits. Irish whiskey and Irish creams are protected goods under an ‘all-island’ GI agreement – how this would look when part of the island is in the EU and the rest is not, is unclear. “Unless GIs are addressed specifically [in negotiations], they will fall through the cracks,” warns Fitzgerald. “There will be framework legislations and regulations written that capture the concept, and if the overall content of those is that the UK is not a part of the EU and therefore can’t have any access to any form of the EU legislation, regulation, quality standards… well, that has implications for the North.”

Nick Soper, internal market and sustainability director at Spirits Europe, a trade association, says the Republic of Ireland should not experience any GI difficulties, as it will remain a full member state. “But the situation for the North will require more thought and action. There are GIs in the EU that are allowed to be made in more than one member state – genevers are made in the Netherlands, Belgium, parts of Germany and bits of France – but they are all in the EU. There are no GIs registered in the EU that can be made in a member state and a non-member state.”

Mooney, meanwhile, is confident the ‘all island’ status will not be lost for either of the GIs. “The all-island nature of Irish whiskey pre-dates the EU and we expect this to be helpful in navigating a post-Brexit world.” Despite the uncertainty, O’Frighil is optimistic. The IWA expects exports to double by 2020 and again by 2030, to 24 million cases. The fly in the ointment for her would be the introduction of EU-UK tariffs. “Nobody wants to go into a situation where it makes trading or access to markets more difficult,” she says. “We’re putting that high on the priority list with the government.”

But for Fitzgerald, the government can’t go to the EU for support and special treatment for the Irish spirits sector without making changes itself. “It’s hard to convince people in Europe that you’re very concerned if you’re not engaging in some self-help, and self-help in the case of the Irish government in relation to alcohol relates to the excise duties,” he says.

“There is a strong link between practical and pragmatic, trying to make Irish alcohol more affordable to tourists, and making sure people who are consuming alcohol in the south of Ireland are not persuaded to go across the border… so there’s a major piece of pragmatism needed.”