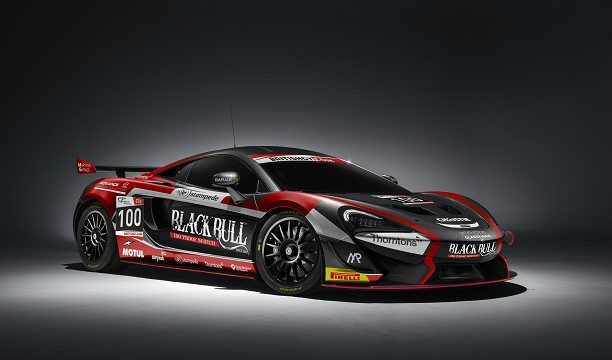 The Aberdeenshire-based company is the only spirits sponsor involved in this series of GT racing.

The duo placed third overall in the championship last season and claimed two victories, including the final event of the season which was held at Donington Park.

Mitchel was the youngest driver to ever compete in British GT, aged 16 years and 169 days when he took part in his first race. He went on to become the championship’s youngest race winner when he won with Haggerty at the Snetterton race.

The pair will be joined on the grid by Dean MacDonald, a 16-year-old named a Rising Star by the Scottish Motor Racing Club, and 20-year-old Akhil Rabindra in a second McLaren 570S.

“We’re a Scottish company flying the flag alongside four outstanding drivers.  Last year proved to be a fantastic season for these young drivers.  Sandy, Ciaran, Dean and Akhil are the future and we have high hopes for what 2017 will bring.”

Bas Leinders, Black Bull Garage 59 team manager, added: “It’s great to have Black Bull on-board as sponsors for a second year.  With Sandy and Ciaran back for 2017 we’re looking forward to building on the success they had last year with our new car.  Dean and Akhil will be competing for Rookies of the Year and come into the season following their own success in go-karting and single-seater racing.”

The opening round of the British GT Championship takes place at Oulton Park from 15-17 April.