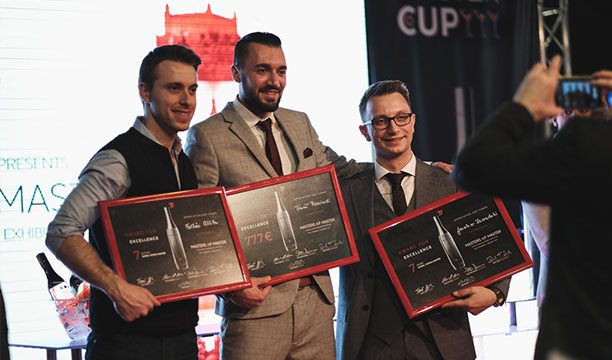 Bartenders competed in the final of the Goral Vodka Masters in Bratislava, Slovakia, for the coveted title of Goral Vodka Master. The entrants were invited to create a cocktail based on the story of a jet set society to deliver the “luxury flavour and enhance the quality of Goral Vodka”. Claiming the top spot was Tomas Ricciardi of Black Angel’s Bar in Prague, second place was awarded to Jaroslaw Zawadzki of Baltic Restaurant and Bar in London, while third place was given to Attila Felhosi of Blue Fox The Bar, Kempinski Hotel, in Budapest. 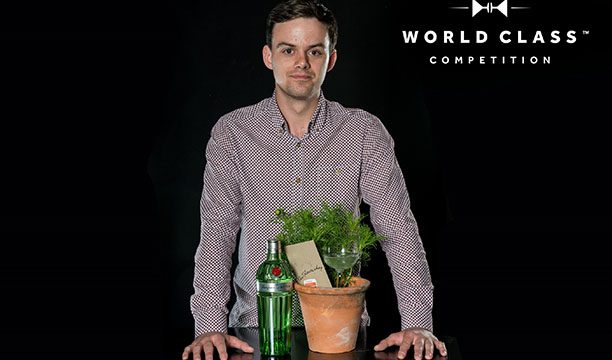 The search for this year’s Diageo Reserve World Class Bartender of the Year continues, following a nationwide educational roadshow throughout November and December 2016. With this year’s focus on Future Thinking, bartenders are invited to visit brand hub, www.theworldclassclub.com where they are challenged to submit a cocktail that demonstrates creative and forward thinking, selecting two trends that their cocktail embodies from a list of choice, emotion, high-tech, into the unknown and sustainability. Bartenders have until 15 February to enter the competition. 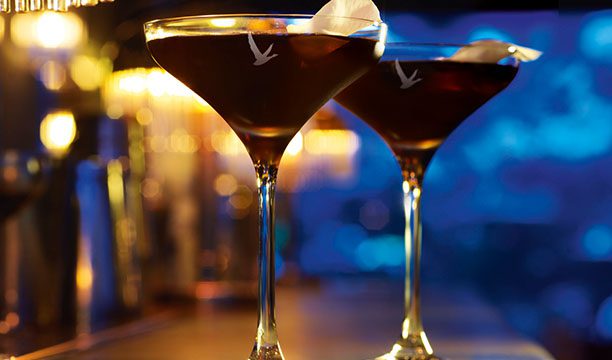 On Wednesday, SB headed to The Grey Goose Fifth Floor Bar at Harvey Nichols to sample this year’s Grey Goose Film Awards Season Cocktail Collection. Created by leading UK bartenders, the cocktails are inspired by five themes present across the season’s most acclaimed films – Life’s Journey, Entrepreneurial Spirit, Search For Justice, Against All Odds and A Questions of Heroism – and will be served at the BAFTAS and other star-studded celebrations. Pictured above is the Grey Goose Blindfold – created by Xavier Landais of Sexy Fish, London – a combination of Grey Goose Vodka, Guinness, Perique Tobacco Liqueur, chocolate bitters and vanilla syrup. 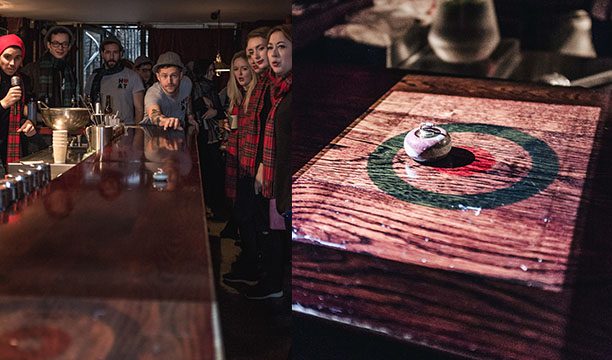 On Sunday, 24 bartenders gathered at Happiness Forgets in London for Hendrick’s Clandestine Curling Competition, where they battled it out in a particular take of the sport of curling, which is usually played on ice. Participants competed using an “abnormally small” curling set on the polished wooden bar top. 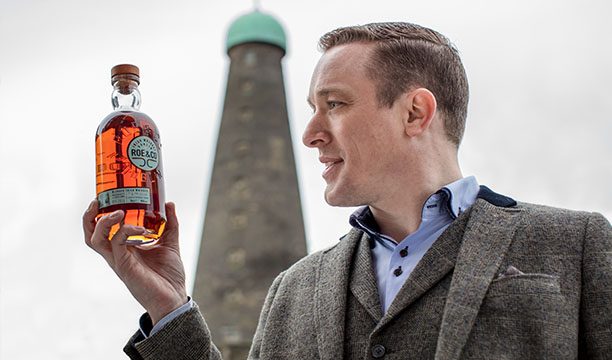 On Tuesday, Diageo invited members of the trade to 100 Wardour Street, London for the announcement of its new Irish whiskey brand Roe & Co and plans fora new €25 million (US$26.7m) distillery in Dublin. The brand pays homage to George Roe, who is credited with building the golden era of Irish whiskey in the 19th century. 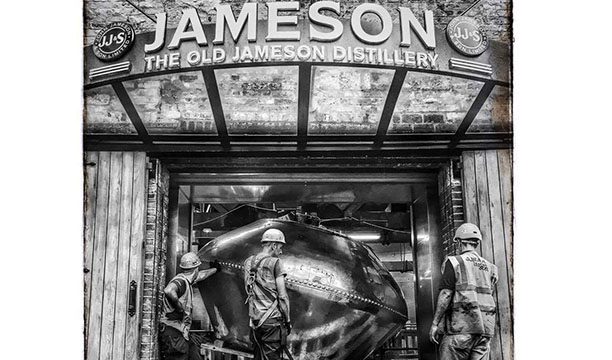 The countdown to the re-opening of the newly refurbished Jameson Distillery Bow Street (formerly the Old Jameson Distillery) begins. Irish Distillers will re-open the doors to the home of Irish whiskey on 1 March, where visitors will get a more immersive and elevated experience. Here one of the original copper pot stills is carefully removed to make room for new displays. 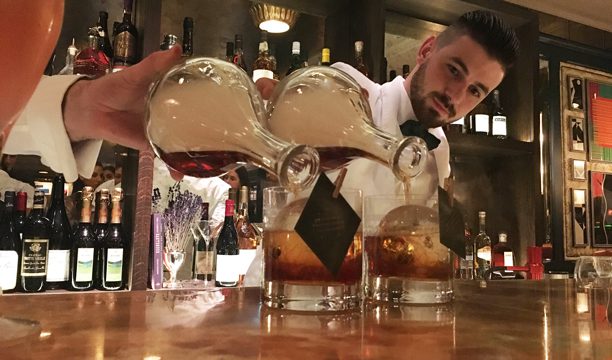 On Thursday, SB was delighted to be invited along to the The Ivy Soho Brasserie in London to preview the venue’s exclusive new cocktail menu. Pictured is Social Smoker, which sees rare breed fat washed Bulleit Bourbon stirred with The Ivy Soho Brasserie sweet vermouth blend, Angostura bitters and liquid hickory smoke, poured from a cherry wood smoked carafe. 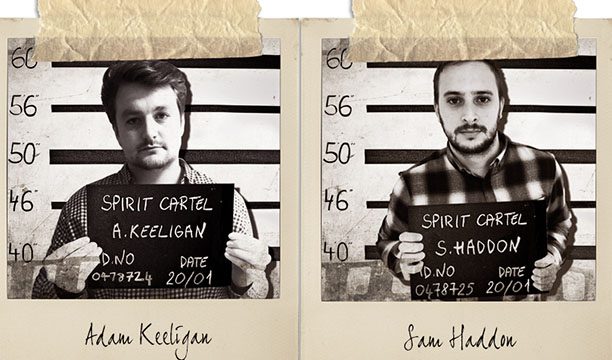 Earlier this week, London-based importer Spirits Cartel announced it had expanded its team with two new affiliates. Sam Haddon joins the family as account manager, boosting Spirit Cartel’s profile in Central, South and West London. While Adam Keeligan will head up the North and West of England as account manager. 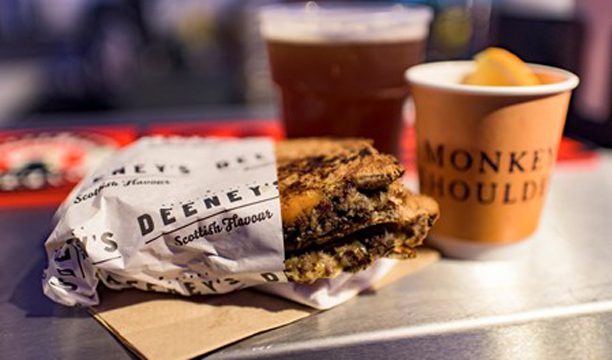 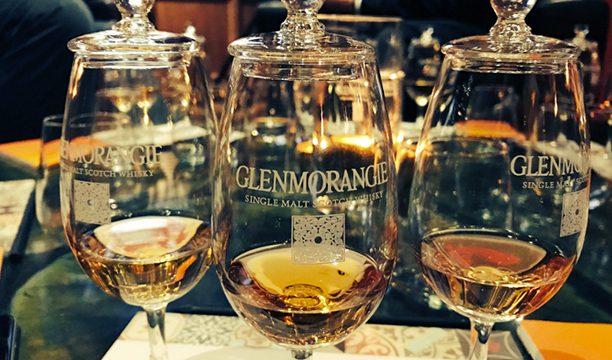 On Monday SB headed to the Punch Room at The London Edition for the launch of Glenmorangie Bacalta, the eighth edition in the brand’s Private Edition range. Bill Lumsden, head of whisky distilling at LVMH’s The Glenmorangie Company, and Brendan McCarron, head of maturing whisky stocks, chatted through the expression via a live Google Hangout video link from Scotland, before taking questions from journalists and bloggers gathered in London, Munich and Paris. A blend of whisky and technology? Slàinte! 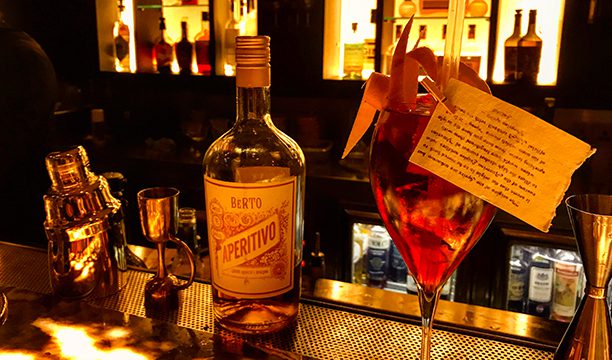 Last night the great and the good of London’s food and drink scene gathered at Ritorno in Chelsea for the aperitivo bar and restaurant’s opening party. An embassy of all things authentically Italian, SB sipped signature spritzes – don’t miss the Ritorno Il Veneziano! – and sampled scrumptious small plates in the elegantly opulent gold-clad environs. Head barman Paolo Viola – formerly of Rivoli Bar at The Ritz – has more than made his mark in West London.