As the popularity of Tequila takes off, expectations were higher than ever at this year’s Tequila Masters. A multitude of brands proved they were up to the challenge, offering high quality, drinkability and a point of difference.

For many commentators, Tequila has been the understudy of the spirits world for far too long. Rarely the star of the show, Tequila brands have patiently waited in the wings while their popular rum, gin and Bourbon brethren soak up the spotlight in high-end bars and influential liquor shops – occasionally making a cameo alongside their long-time collaborators, lime and salt.

But the times, they are a changin’. Now, Tequila is the bartender’s darling, and is gaining favour as a classy sipping beverage among consumers – millennials and connoisseurs in particular. Recent insight from market intelligence provider Euromonitor shows that Tequila’s much-touted premiumisation trajectory is well and truly under way – in fact, the category is “throwing down the gauntlet to prestige whiskies, Cognacs, vodkas and rums”.

Never before have consumers had access to such a diverse selection of Tequila brands at all price points, and producers themselves are relentlessly striving for more in terms of quality and individuality. In particular, as consumer interest in provenance and artisanal production grows, the market has welcomed an influx of terroir-focused expressions. 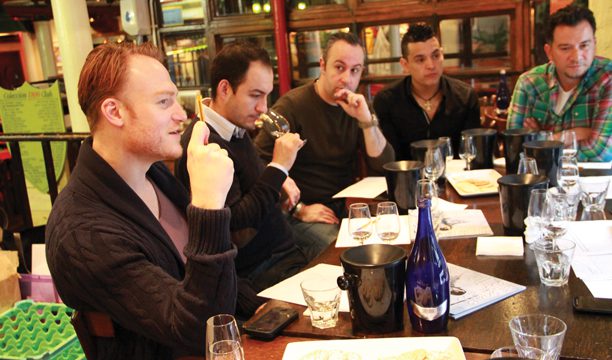 Judging kicked off with a singular offering in the Premium Blanco category, where Exotico Tequila Blanco walked away with a Silver medal. Judges praised an “abundance of agave” on the nose and “vegetal, spicy” notes on the palate.

Next up, the Super Premium Blanco flight, which bestowed “sweet, creamy and herbaceous” Sierra Tequila Antiguo Plata with a Gold medal and “peppery, vegetal” El Mayor Tequila Blanco with a Silver. Meanwhile, Olmeca Altos Plata was unanimously loved by the judges and was awarded the competition’s first Master medal.

“This is a solid all-rounder,” said Hawes. “The mouth-feel is very clean – I could drink a bottle.” Londoño concurred: “I think it’s value for money. For me, it’s a perfect example of a Tequila you can present to a consumer on a middle ground – it’s sweet and spicy, but balanced. It’s not too complex, but it’s still very interesting.”

A little further up the premium ladder and into the Ultra Premium Blanco round, a trio of Gold medals were awarded, the first two to Borco International’s Sierra Milenario Tequila Blanco and Sierra Milenario Tequila Fumado variants. “It’s a sharp and intense spirit with quite a tense texture,” Dudhia said of the first expression. Londoño added: “I found it very balanced with a beautiful yeastiness and vanilla notes, but not overpowering. Spicy but pleasant.”

Of Sierra Milenario Tequila Fumado, Neal said: “I thought it had sweetness and saltiness and it progressed through these qualities. It didn’t have them all blended together. It could be used to introduce mezcal drinkers to Tequila.”

KAH Tequila Blanco was the third Gold medallist in this round, praised for its floral
aroma and elegant flavour of eucalyptus, which was “earthy and complex”.

Of the blanco Tequila segment in general, Londoño said its premiumisation has been spurred by a “wave of interest in Mexican food, drinks and culture”, which means “people are willing to put their hands in their pockets. You see people looking for quality not quantity”.

Pernod Ricard’s Olmeca Altos brand received plaudits once again, this time for its Reposado bottling in the Super Premium Reposado flight, and was duly awarded a Gold. Judges praised its “dry, sweet and creamy” characteristics, and “vegetal top note followed by a cinnamon- sweet aftertaste”.

Last in the competition’s Reposado focus was the Ultra Premium round, which saw Sierra Milenario Tequila Reposado and KAH Tequila Reposado walk away with Golds. For Dudhia, while the Sierra expression lacked a heavy agave flavour, its balance and sweetness made it extremely drinkable. “I loved it, but I love Bourbon and rum,” he said. “It would be great to bring this to the table and enjoy after dinner. It might not be for the connoisseur, but I could see someone picking it up in duty free.”

Next up, the añejos, and in a diminutive Premium round, Hornito’s Black Barrel Tequila walked away with a Silver medal. Hawes said: “This was fantastic. It has really gentle agave, but a nice retention.”

Moving into Super Premium, Sierra Tequila Antiguo, Olmeca Altos Añejo and El Mayor Tequila Añejo were all highly praised by the judges and secured Golds. The Sierra bottling was applauded for its “cigar and tobacco notes with a hint of coconut”, while judges admired the “well-balanced structure” in the Olmeca expression and “sweet grape notes” of El Mayor. 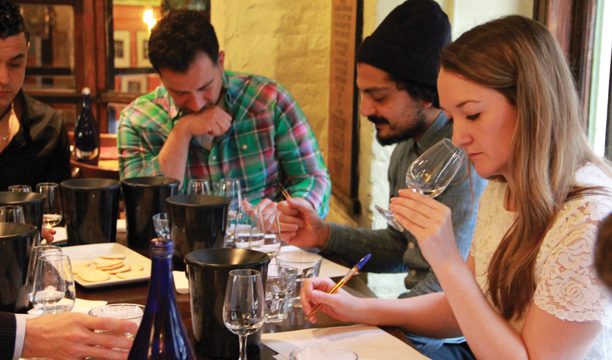 Inching up the price ladder and into Ultra Premium Añejo, Sierra Milenario Tequila Añejo, Gran Corralejo Tequila and KAH Tequila Añejo received Silver medals, while Corralejo 99,000 Horas Tequila Añejo was given Gold. “It has a clean nose and then a big explosion of flavour,” Gomez said of the Gold medallist. Hawes added: “I liked the nose and it was very elegant, with a lovely earthy agave flavour. There’s a good amount of pepper and a beautiful herbaceousness to it.”

Into the Super Premium Extra Añejo round and judges discovered their second, and final, Master medallist of the competition – El Mayor Tequila Extra Añejo. The panel agreed that the Tequila was “very well combined” with an “optimal mix” of sweet, herbal, oaky and fresh flavours.

Then, at the very top end of the Tequila category, we reached the Ultra Premium Extra Añejo round, where Sierra Milenario Tequila Extra Añejo was bestowed with a Gold.

“For an extra añejo it ticks all the boxes,” said Hawes. “It’s got a bit of length to it still. If you look at the price for a premium rum or a premium Scotch, you are hitting that same demographic.”

Judges were impressed with the selection of añejo on offer, but Hawes cautioned that some risk losing their natural character. “With the addition of ingredients such as caramel, and with the ageing time, you lose a lot of agave and spice and the products
sometimes become more like Scotch, Bourbon or rum.”

The mixtos – Tequilas made with a mix of agave and other sugars – came up next, resulting in one Silver medal for Borco International’s Sierra Tequila Silver in the Mixto Blanco flight. Judges enjoyed the Tequila’s “unexpected delicacy”, along with its “vibrant” notes of lime and coconut.

Its stablemate, Sierra Tequila Reposado, was then awarded a Silver medal in the Mixto Reposado round. “I liked the vanilla taste of this Tequila and I think it would be great for mixing,” said Gomez. “It’s pleasant and crisp at the end.”

While mixtos have not been greeted with the same connoisseur enthusiasm as their 100% agave cousins, our judges said they believed the category still has part to play in the development of Tequila. “You can get a really good Tequila in this class, with plenty of agave influence,” said Londoño. “It depends on the sugar source but there are good products, even if I wouldn’t drink them all night.”

Finally, members of the panel turned their attention to Flavoured Tequila. Borco International’s Sierra Tequila brand turned heads once again with its Sierra Gran Café and Sierra Milenario Tequila Café, both of which were given Silver medals. Judges enjoyed the first variant’s “candied taste” and the “authentic bitter coffee taste” of the latter.

As proceedings came to a close, judges discussed the future of the Tequila industry, and how it looks set to continue to flourish in hot cocktail markets. “I am excited to find out how the next couple of years will prove for Tequila and mezcal, with the growth of events like Tequila & Mezcal Fest and also with the boom in Mexican food,” said Londoño. “In particular, I am looking forward to seeing what the UK will demand in terms of agave spirits and what demand is like around quality and pricing.”

Click through the following pages for the full list of medal winners in this year’s Tequila Masters.